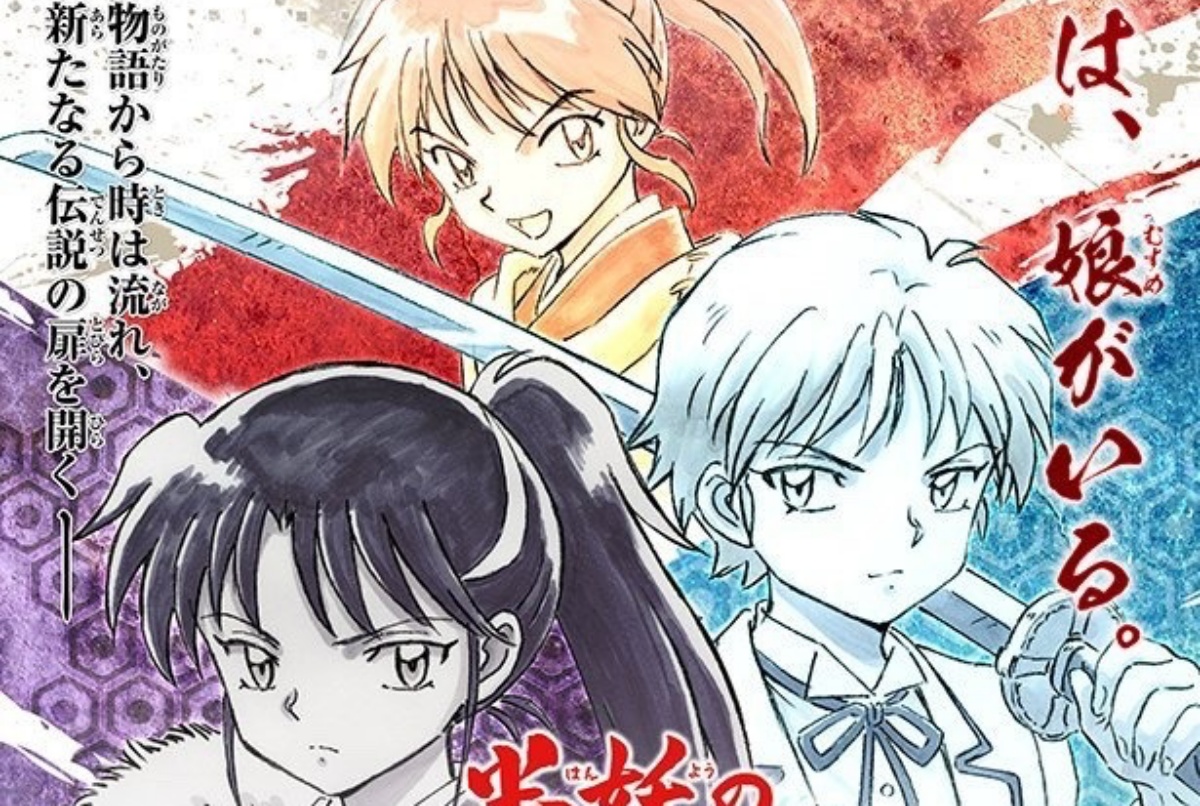 Over the weekend, Anime Twitter was excited about the announcement of a sequel series to the popular shonen/romance series Inuyasha. Titled Hanyo no Yashahime, the series will focus on Inuyasha and Kagome’s daughter, Moroha, and her twin cousins, Towa and Setsuna, the daughters of Inuyasha’s half-brother Sesshoumaru.

Inuyasha was a very popular and long-lasting manga and anime series from Eisner Hall of Famer Rumiko Takahashi. It’s about a young woman named Kagome Higurashi, who is transported to the Sengoku period of Japan through a magic well in her family shrine, where she meets the half-dog demon Inuyasha. There is reincarnation, aloof older half-brothers, romance, violence, and a bunch of characters who seemed interesting at first, but lost all their potential at the end. (Miroku, Sango, Shippo, etc.) It ended 2008, after 56 volumes.

What we know right now is that Towa and Setsuna were separated during a fire 10 years ago. Towa somehow ended up going through a tunnel that linked to the present day, much like her aunt Kagome did many years ago. Towa was raised by Kagome’s younger brother, Sota.

Setsuna ended up being raised by Kohaku, who is now the head of the Demon Hunters (I guess Sango isn’t because … reasons?), and Moroha is also a demon/monster hunter, who doesn’t have a lot of memories of her parents for some reason. Moroha and Setsuna end up going to the present day, now all 14, and retrieve Towa and go on a journey to try to recover some of Setsuna’s stolen memories. I’m sure something else will come up, as well.

Just from that little bit of information, there’s a lot to process about this series and what it implies for our previous generation of characters. Firstly, it seems as if we might have a case of absent parents once again—from Sesshoumaru’s children getting caught in some enchanted forest around the age of *does the math* four and one getting lost and being raised by a whole different family. A translation of the new series’ character bios on Tumblr also says Moroha didn’t really grow up with her parents, and that seriously confounds me.

There is an uncomfortable trope in sequel series where the previous generation of characters have been negligent or full-on absent parents. It’s annoying, especially because a lot of that time, it doesn’t track with the person we knew them to be. I understand wanting this series to stand on its own, but I hope that it doesn’t end up ruining the image of the characters we already love.

The other big question everyone is asking deals with who was the mother of Sesshoumaru’s children, because … at the end of the series, every alive, adult woman was paired off with someone else, and the only other female character he had any established “relationship” with was his ward, Rin—who was, at most, 12 the last time we saw her. People have thought it could be anyone from an aged-up Rin to maybe one of Sango and Miroku’s children (which, imo, would also be weird, because they would have been like playmates to his own daughter figure), but only time will tell. All I know is that whomever she is, she has the envy of a huge segment of the Inuyasha fanbase.

For my fellow Inuyasha fans out there, what do you guys think? Does this sound promising, or are you just sort of tired of these sequels?