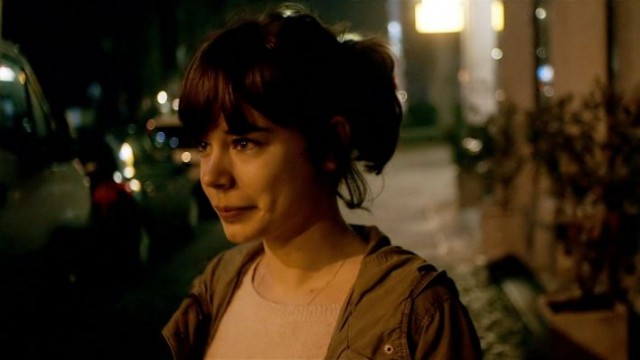 When director Sebastian Schipper was looking for a lead actress to anchor his new movie, he found his protagonist in actress Laia Costa. Costa plays the title character of Victoria, a Spanish woman living alone in Berlin, who finally makes friends one night and heads home with four men. Planning a robbery for that night, Victoria agrees to be their getaway driver. The action-crime film, which also focuses on Victoria’s romantic relationship with one of the men, was shot on location, in real-time, in a single take, and won top honors at both the Berlin Film Festival and German Film Awards, including a best actress win for Costa.

This past Saturday, the film was nominated for multiple European Film Awards, including best picture, best director, and best actress for Costa. I spoke with the rising star about the leading role and the challenges of filming this unique type of movie.

Lesley Coffin (TMS): I read that the film used an outline, rather than a script. What was the audition like for this movie?

Laia Costa: The audition was in Barcelona, because the director was looking for a Spanish actress. I met the actor who would play Sonne (the love interest), Frederick Lau, and the other guys. And the casting was just improvising in a hotel, which was crazy, but a lot of fun too. And we immediately got along so well. Two days later, I was drinking a coffee with Sebastian, and asking him what his plans for the film were. And he explained that it was going to be about a robbery, and film as one take, and told me I would have to spend 3 months in Berlin. And that was all the information I got before I agreed to do in the film.

TMS: I just want to be clear, because there are movies that are made to look like one time, such as Birdman, that this movie really was filmed without any cuts.

Costa: It’s true, no cuts. We rehearsed for a month and then filmed the entire movie three different nights, and the one used in the film is the third and final one we shot.

TMS: If you hadn’t gotten that third shot, would you have filmed another night?

Costa: No, I think Sebastian was going to have to make jump cut version, using all three. But he didn’t want to do that, so he was very happy when the third one worked.

TMS: If something happened during the first 10 or 15 minutes of film, would you start over, or would you just improvise around it?

Costa: We couldn’t restart because time was so important. The movie starts at 4:30 and we had to finish by 7. So we had to allow for mistakes and just keep going.

TMS: What was your initial reaction to Sebastian’s concept for the film?

Costa: At first, I was really scared, because a week before the casting, I had a big motorbike accident. It was my fault, I used to drive very fast, which is bad. But I was in the hospital two days before the casting with a broken ankle, and after I was cast, I found out that it was going to be a crazy action movie. So I was super worried that I wouldn’t be able to do it, because I wasn’t even able to walk. And my doctor told me I needed 8 weeks to rehab my ankle, but I only had 6. So I just tried mediating and talking to my ankle to get well in time. So I was really scared, but the power of the mind really works, and I was able to do it.

TMS: When you were prepping and rehearsing the film, did you have to develop the character during rehearsals, or was the character description part of the outline you got during the audition?

TMS: The character is completely alone in Berlin, without any friends, which is why she befriends these guys so quickly. Have you ever experienced that kind of loniness?

Costa: I completely understand being alone in another country. And I’ve known a lot of people who travel alone and don’t speak the language when they go to another country. In my social network, I’ve had a lot of feedback from people who really relate to that, and say they feel like Victoria. They are working in another country and feel so alone. I heard from a lot of people who say they love and identify with the first part of the movie, when she finally makes friends. And I think that is important, because film should speak to what is going on in real life.

TMS: You and the guys become very close, intimate friends, very quickly in the movie. Did that on screen relationship mirror your relationship with the other actors?

Costa: Yeah, we all connected right away. Victoria and Sonne have a very special chemistry, which I think we had as actors. But the most important thing about these relationships is the loyalty she sees between these four men. They are like a family to each other. And there is an age when friend are as important, or more important, as family. And she sees that these four friends will always be there for each other. And that is why she falls in love with all of them. She knows they will be family to each other, and she knows they will become her family. And we worked on that part of our relationship a lot.

TMS: Do you think filming one take helped your performances?

Costa: I always say it was easy, which makes Sebastian angry, because it wasn’t easy to make the film. But you have to be so true to make a movie like this. And with time actually going by, and experiencing everything in real time, it made it feel like everything was really happening, while we were shooting. So for the actors, I think the performances were helped by filming everything in one night, in order. But it takes a lot of preparation, because if you ever lie to the camera, you can see it on the screen. So I think everything worked because we knew what was coming.

TMS: Your character has a scene when she sits down and plays the piano. Did you or Sebastian develop that aspect of the character, and are you playing?

Cost: I’m not a pianist, not at all. The scene is faked. The actor who plays the bartender was my piano teacher during the month of rehearsals. And I met with him every morning to try to learn to look like I could play the piano. But I couldn’t. I had to work really hard just to relax my hands. But it was all just bullshit. The piano was silent, and I just pretended that I was playing and the other actors were just pretending it sounded so beautiful. And I like that too, because everything is so real in the film, it was fun to fake somethings. In the scene when were are running away from the police, and you can hear all the shooting, it was completely silent on the set. When I react to the gun shot, I was reacting to nothing, because we weren’t allowed to be loud at that time of day. And there were a lot of things like that on this film.

TMS: What was the experience like when you finally had an chance to see the film?

Costa: The first time I saw the film was at the Berlin Film Festival, during our premiere. All the actors saw the film for the first time that night. We weren’t allowed to see it before hand, so it was a shock. And there was a party for the premiere afterwards, but we were in such shock, we could only drink a beer in the corner. We couldn’t party at all, because we were so shocked. When we were making it, we expected nothing from it. We were just focusing on the story and characters. But everything that has come from it has been so exciting, and we have all been able to accept it and enjoy it. We weren’t expecting anything, so everything has seemed like a gift.