Our new favorite step-sister has great things to say 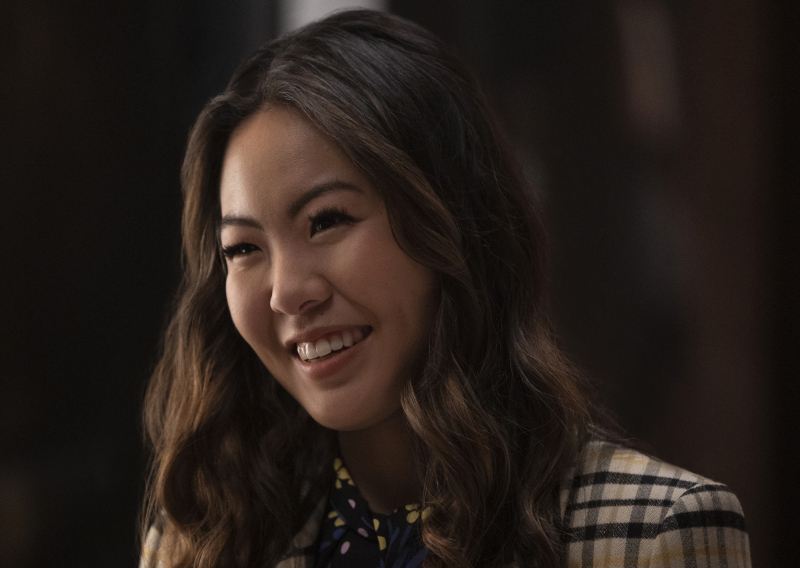 Batwoman gets better and better each week, and last week was (in my humble opinion) one of the best episodes of the series. It was a tense, twisty hour where we really got to dig into the trauma that Alice (Rachel Skarsten) went through as a lost child and her relationship to Kate (Ruby Rose). But one aspect of the show that we’ve loved from the very first episode and who also shone in last week’s installment as she drunkenly crashed Wayne tower and bugged Luke Fox (Camrus Johnson) is Nicole Kang as Kate’s bubbly-but-secretly-brainy step-sister, Mary Hamilton.

Mary is funny, sassy, smart and indomitable in her own way and those adjectives also apply to the actress that plays her. Although Kang isn’t secretly running a clinic in he inner city, she’s just as fun and sharp as Mary. In the midst of a trip to New York and continuing to film the show, Nicole found some time to talk with The Mary Sue about the series and all things batty.

One of the most meaningful aspects of Kang’s role on the show – and Elizabeth Anweis’s as well –  is seeing two strong, complex Asian-american women on a genre show. It’s something Kang is just as excited by and grateful for as we are. “Yes!” Kang exclaimed when we dove into the topic. “And, like two Korean actors,” she added. “Which is unheard of, which I think is the most exciting part.”

Neither the role of Mary nor her mother, defense magnate Catherine, was written as specifically non-white. “I think it was not written that way but Caroline [Dries] and Greg [Berlanti] have always and asked ‘what’s the most diverse choice,'” Kang noted. “In the spirit of the series…who are these people in Gotham and this city and how can we challenge or reveal or explore more types of people who live in this place.”

Kang, who worked previously with super-producer Greg Berlanti on the Netflix  You was cast early on, before they had found an actress for the part of her mother. “I remember my manager calling me and telling me ‘they’re really looking for your mother right now and they’re having a tough time,'” Kang recalled, sharing that producers briefly considered opening casting back up to non-Asian actors. “And I remember being like ‘okay…interesting.'”

Elizabeth Anweis  was actually one of the first choices for the role, but producers had worried Anweis looked too young to play Kang’s mother but was ultimately cast. “Total bonus that we were also both Korean,” Kang saidd, gushing about how inspiring it has been to work with Anweis, who felt many times in the past like giving up and experienced being passed over for white actors. “That’s really amazing to me, generationally. I think it’s really really exciting, And I get to be a character with a mother on the show, and that’s so cool.” 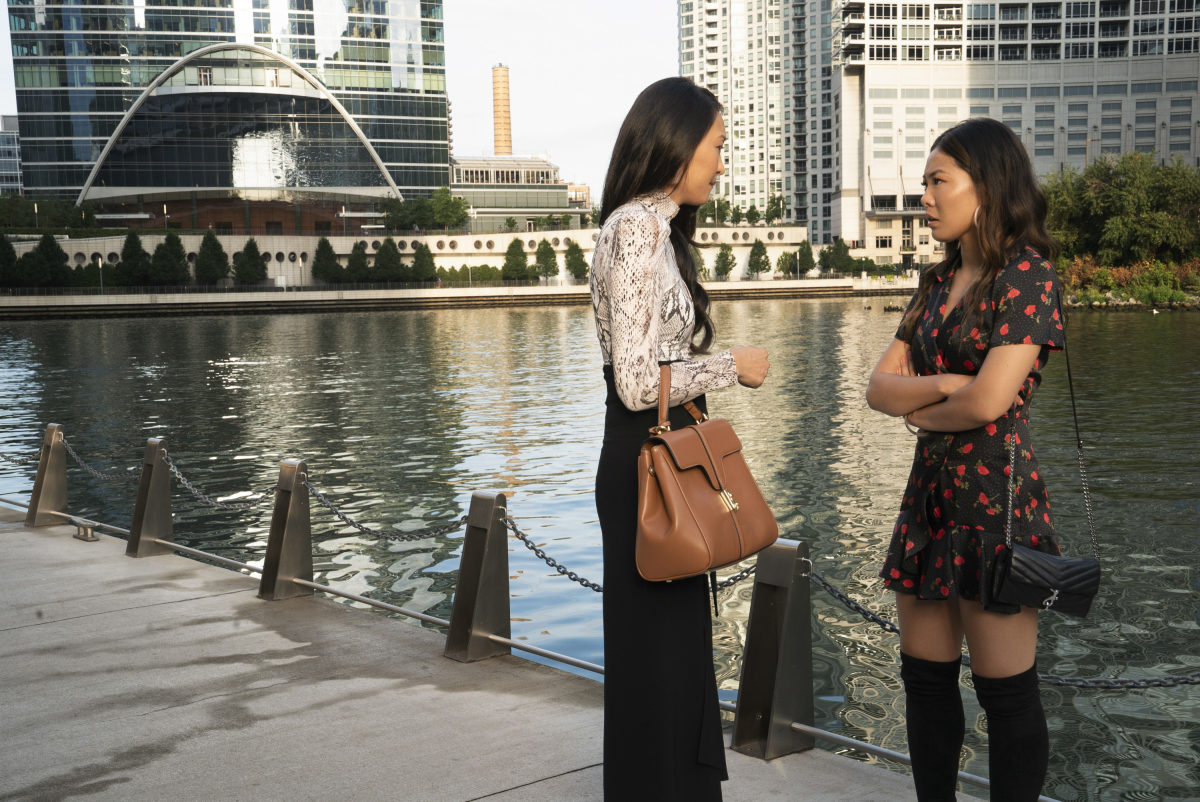 Catherine reveals the truth to Mary.

It is great to have a mother-daughter duo on Batwoman but, since Mary recently found out that her mom lied to the Kanes and faked the evidence that Beth/Alice was dead years ago, things are pretty tense between the Hamilton women. “I know!” Kang exclaimed regarding the on-going family drama. “And you should watch episode eight, it’s crazy. It’s very heavily me and Elizabeth.”  That episode will be written by Nancy Kiu, one of the many diverse voices in the Batwoman writers room who loves Mary just as much as we all do, according to Kang.

Catherine and Mary aren’t the only ones in conflict. Batwoman has proven to be a show all about families both found and lost. That especially applied to Kate and Beth. “Setting up the sisters against each other has come more and more to the forefront of the storyline,” Kang said. But Mary, as Kate’s step-sister is there too, feeling a bit left behind by the madness. Kang is happy just to play in that crazy dynamic some. “It’s also just amazing that I’m included in this storyline with Ruby Rose and Rachel Skarsten!”

Mary won’t let Kate go, despite her interest in Alice rather than her non-crazy sibling. “From the beginning of the series,” Kang explains “Mary is in continuous pursuit of family…But obviously Kate is busy.” Mary however is one of the only people that has no inkling of Kate’s new double life as Batwoman, which means from her perspective Kate just has no time for her. “She wants to be let in [by Kate] and it’s a pretty huge moment the day that she does.” 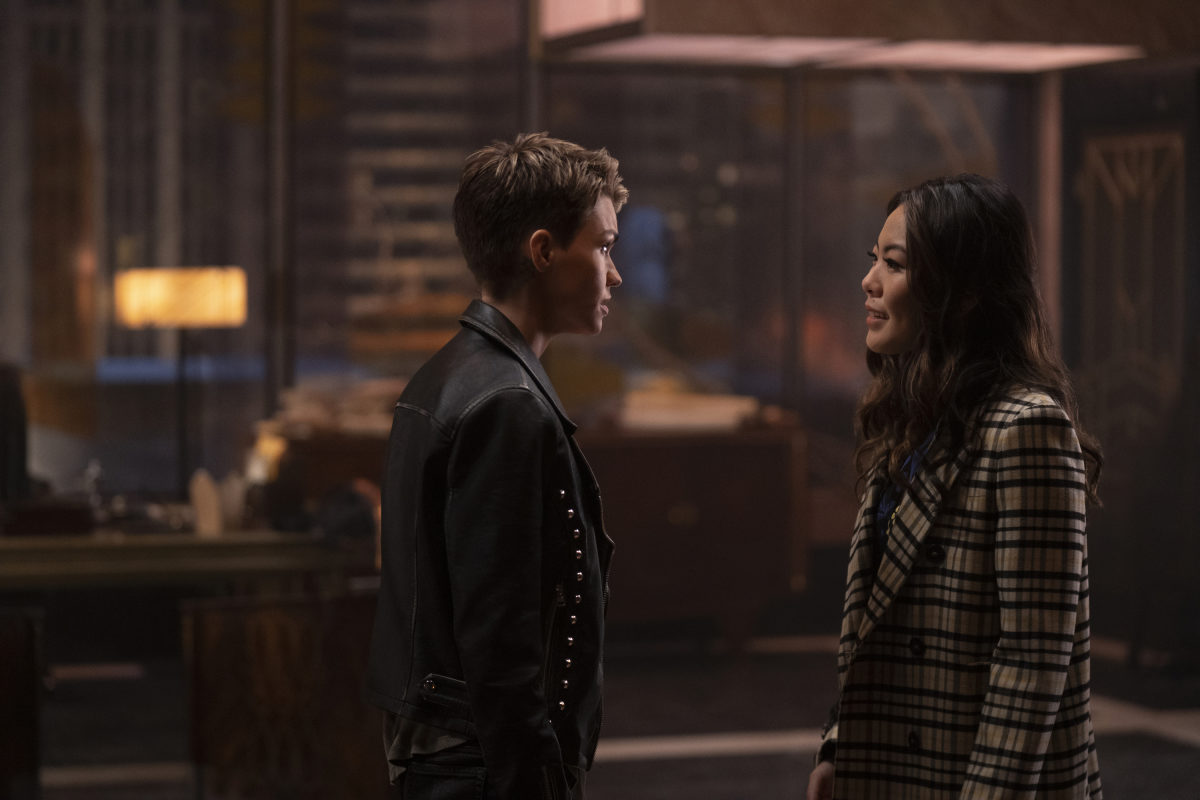 Kate and Mary share a moment in an upcoming episode.

“I think she definitely sees the best in Kate,” Kang adds. “And I think anyone with a step-sister or that kind of dynamic or modern family…it’s a very specific kind of dynamic and I think the writing is good for exploring that sort of intricacy.” Kang went on to smartly note that it’s that kind of writing, more than action, that keeps viewers hooked. “You get invested in the characters and how they intertwine and how they need each other.”

In another testament to some smart writing, Mary’s main storyline – that she only sort of pretends to be a silly, social media-obsessed flake and secretly runs a free clinic for the forgotten of Gotham – hits on two of the series other themes: class and identity. “Yeah, it’s funny,” Kang said of Mary’s own secret identity, “less people know about the clinic than that Kate is Batwoman.” Mary’s double life is a contrast and a compliment to Kate. “Kate and Mary are foils, you know. To every dark, brooding, isolated moment that Kate Kane; Mary Hamilton is just reaching for connection and glass half-full mentality…and she’s also covering up this big secret.”

Mary’s secret is just how smart she is and also how deeply moral and compassionate she is a pretty selfish, cruel city. “I think she is really sound in her ideas of what is right and wrong,” Kang mused. “And she finds her own way of maneuvering around her societal place.” The very existence of the clinic touches on the inequality in Gotham when it comes to class. “Mary is treating people who have been forgotten because the classes have grown further and further apart.” But the clinic is also a great resource for Gotham’s new heroine. 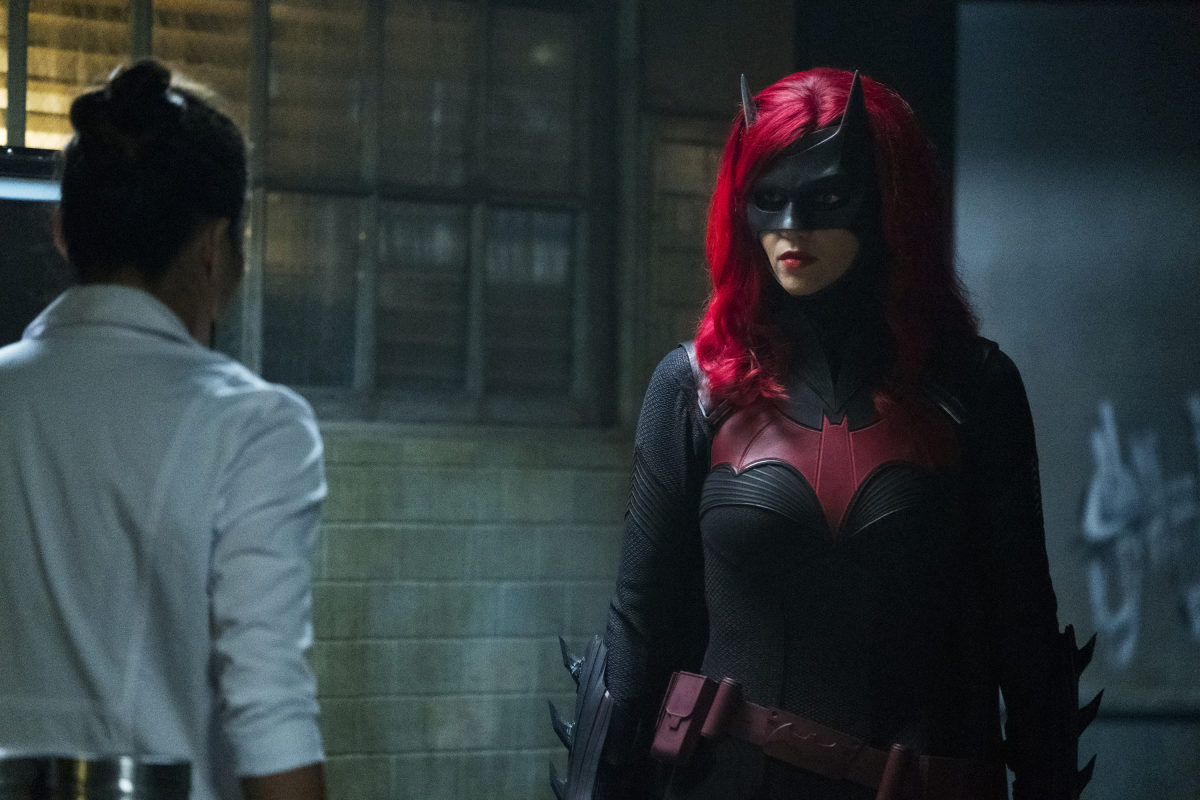 Said caped crusader will be visiting Mary again in this Sunday’s episode, and we’ll get more of a chance to see how Mary views Batwoman. Hint: it’s exactly like we do. “I get to, as her, sit in the seat of the audience and be in total awe of how badass she is. And what the symbol is to the people. It’s this celebrity. It’s the Elvis of Gotham.” Batwoman needs Mary’s help but it also validates Mary to be noticed by this celeb. it makes her feel, according to Kang, “all this work is for something.”

That iconic status of Batwoman as a celebrity and symbol is something thta’s always been a part of the Batman mythos and something that Kang hinted Kate Kane will need to cope with. “What happens when Batwoman is this thing that’s bigger than her?” Kang asked. “When we have these face attached I feel like people are just so filled with purpose.” And I think it can safely be said that Mary Hamilton, compassionate, smart, sassy, Asian-American badass is now one of those face for fans too.