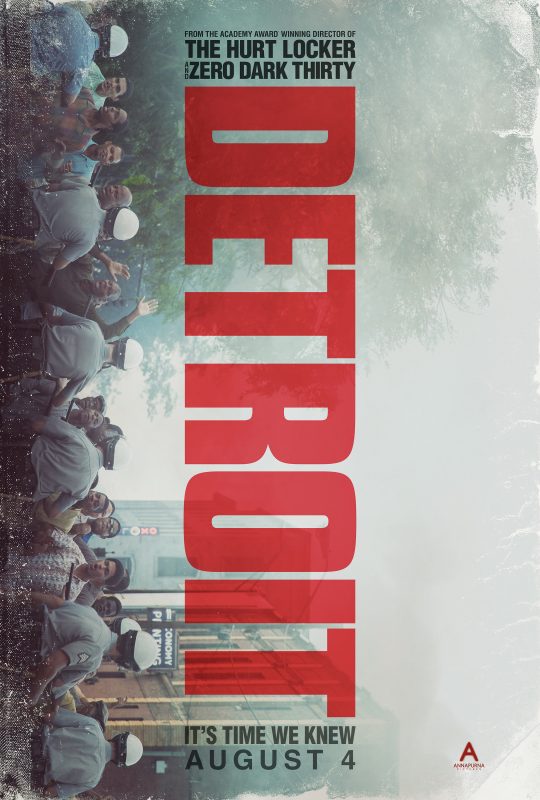 We’re thrilled about the upcoming film, Detroit. First, because it’s a Kathryn Bigelow joint, and we’re thrilled when she creates anything these days. Second, the John Boyega factor. And third, because even though it tells a story of civil unrest from fifty years ago, it’s sadly all-too-relevant today. Annapurna Pictures provided us with the second trailer for the film, which you can see below.

I got the chills just watching that again.

I was glad to have the opportunity to speak with one of the stars of Detroit, Malcolm David Kelley, whom you geeks out there might know best as Walt on the hit show Lost. Those of you into pop-soul love songs might know him as half of the group MKTO (and during our interview I confessed that I’d just been listening to “Classic” on Spotify. What?). Today, he is all grown up and co-starring in one of the most important films coming out this year.

Detroit tells the gripping story of one of the darkest moments during the civil unrest that rocked Detroit, Michigan in the summer of 1967. Specifically, it tells the story of an incident at the Algiers Motel where a run-in between cops and a group of young black men ended in murder and injustice.

Kelley plays Michael, whom he describes as “a young, cool guy runnin’ around Detroit. He likes to have a lot of fun, and he hangs out at the Algiers Motel, where this incident took place.” He further explains that with Detroit becoming a power keg that summer, the Algiers “was a place where a lot of people could go and just relax. They had a cool, good time, and it was just someplace they could go take their minds off of the destruction in the city a little bit.”

That is, until the run-in with the cops, which puts Michael in a situation he’d never experienced. “He’s hanging out with his friends,” Kelley says. “And he’s never interacted with the police like this before, so he’s just terrified, terrified, terrified, and not really sure if he’s gonna make it home.” 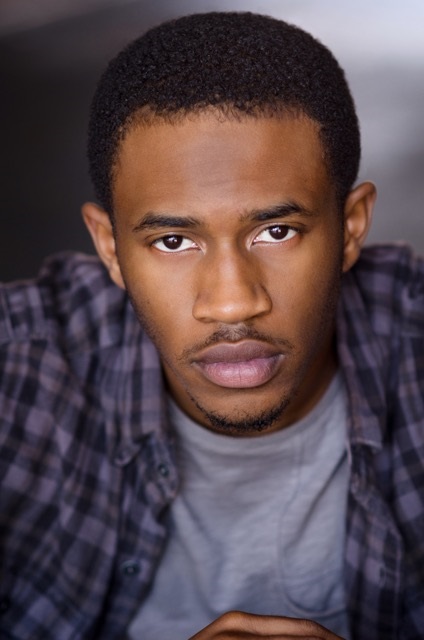 Kelley was thrilled for the opportunity to tell this story, as well as to work with Kathryn Bigelow, “because of her amazing work. She’s an amazing director.” There will be more gushing about the awesomeness of Bigelow later in the interview, but first I wanted to talk to him about his thoughts on the film itself, and how it might have affected him personally.

He talked about the fact that “even though [it’s set] fifty years ago, there’s still problems that are going on today. This movie can help start a conversation so that we can all be on the same page. I think everybody’s strong enough that we can have these kinds of conversations now.”

We then talked about his own experiences growing up and the ways in which he related personally to this material. He’d mentioned during our conversation that historically, black youths have always had conversations with their parents about the police. When I asked him if that’s true of his own experience, he said:

“Being a young African-American, you know, those are some of the conversations you even have with your parents at that age when they know that boys start running around in the streets. Like, you can have a good time, but when you come across the police, or you hear or see certain things, be cautious, be careful, be respectful.

“But in a time where our people are … you’re just seeing a lot. You’re seeing people getting killed, and people getting beaten in the streets. It’s hard to focus. And knowing they’re your friends, or people that you’re really close with, it does something else to you. You’re just really battling with that.

“Everybody grows up differently. I was actually having this conversation with my friend of mine who’s a couple years younger than me who’s actually in the movie. I grew up in Long Beach, so yeah, there were definitely conversations that my dad had with me, cause he’s from Compton as well. So, sometimes in the inner city they had those kinds of run-ins with the police, and they know the history, so yeah these were conversations I had with my parents.”

Knowing that there is a huge amount of injustice against young people (specifically young men) of color when it comes to the police, Kelley believes it’s important for those young people to keep themselves safe, and perhaps to think about issues of race in a way they might feel comfortable not doing, because they believe that we’ve on some level “gotten past it.”

“Some kids, they get scared, or they run, and they don’t know how to reply to the law, and I think that’s where that conversation comes in. On the other end, the cops might be scared, too. They’re dealing with this on a day-to-day basis. My uncle was an LAPD police chief, so I understand. They’re out there doing their job, and sometimes it can be hectic not knowing what somebody else is gonna do. But if we’re all kinda on the same page, maybe we won’t have these situations. It takes two. And it’s not going to take a day. It’s not going to take a night. But definitely with this movie, we can start to have more conversations that I think we all can handle.”

Shifting gears a bit, I asked Kelley about the experience of working with Bigelow, and he became immediately effusive.

“Aww, man. The lovely Kathryn,” he gushed. “She’s so awesome, and I love her. Seriously. Definitely one of the top directors I’ve ever had the pleasure of working with. She just really has a strong vision, and I really appreciate that. And the casting that she did on this movie, it’s been wonderful, from all the up-and-coming actors to the established…

Kelley himself is an aspiring director, and so he treated his experience with Bigelow a bit like getting to go to film school. When he wasn’t performing, he would watch her direct, shadowing her and picking up whatever he could as he watched her work each scene. “I love the way she shoots,” he says. “I can’t wait for you to see this movie, because you’re wrapped into every second. The way she shoots, it’s not your ordinary shooting style. Like, the way she uses her zooms without having to cut, it just keeps you so wrapped in. It’s almost like documentary-style. It’s almost like what she did in Zero Dark Thirty, and I love the way she shot that. So, she’s just amazing, and I loved every minute working with her. She’s so awesome. She’s so awesome!”

Kelley has big plans for the future: directing, writing, and definitely more music. We’ll soon get to see him on Season 2 of Issa Rae’s Insecure on HBO as well! But for right now, it’s all about promoting Detroit, something Kelley doesn’t mind at all.

“Like I said, it’s been fifty years,” he says. “And now this movie is gonna speak volumes.”

Bigelow’s talent and a great cast will likely make this a great movie, but the film’s timing makes it an important one. Detroit hits theaters August 4th.