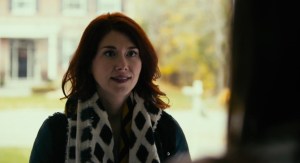 Staite is joined by an amazing cast (which also includes Orphan Black‘s Kristian Bruun) in this hilarious and gutsy film written and directed by Jeremy LaLonde. Here’s the official description: 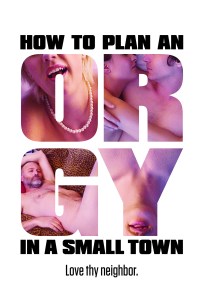 I had the chance to chat with Staite about the film, and over the course of our conversation

Teresa Jusino (TMS): What made this project mean so much to you that you not only wanted to star in it, but also take on the duties of an Executive Producer?

Jewel Staite: I just thought it was brilliant. When I read the script, I was laughing on page two. And that’s a rarity. I just flew through the script and wanted to be a part of it in any way I could. And then they asked me if I was available to help cast and talk to people I knew who might be willing to do it, because everyone did the project for free, essentially, which speaks to the material as well. We got all of these amazing actors with huge resumes and huge busy schedules to kind of drop everything and do this for free. Nobody had any trailers, we all just hung out on set together and got it done. I think that says a lot. So, I was just willing to do whatever I could to make it happen, which is why I was just gung-ho about doing the crowdfunding to get the money we needed. It was really easy, because it was just so well-written. It’s smart, and sweet — unexpectedly so. It had a lot of fleshed out and very flawed, crazy characters. I knew it was gonna be a fun one.

TMS: Had you worked with writer/director Jeremy LaLonde before?

Staite: No! I hadn’t. I knew Ennis Esmer [who plays the role of Adam in the film], and he was the one who got me in touch with Jeremy and said You’ve gotta read this script. And then I saw Jeremy’s first film, Sex After Kids, which was really sweet, and really funny, and had a conversation with Jeremy and sort of fell in love with him. He’s a really sweet, warm, funny, self-deprecating kind of guy. He also knew exactly what to do. He was super well-organized, and had such a clear picture of how this was gonna go down. Just pure confidence that it was going to be a really easy, really fun shoot. And it was. I love him. I told him I’ll work for you any day of the week. He’s so much better than people really know. He should be doing episodic television, he should be doing features, like…he’s a really smart, really brilliant man, and I hope this helps to get him the recognition he deserves.

TMS: What did you identify with in the role of Cassie? What made you want to play her specifically?

Staite: I never really played a role like that. I liked that she was so flawed, and is kind of living this lie, and hadn’t quite figured out how to accept herself for who she was. I hadn’t really done anything like that, and I’m always drawn to things I haven’t done before. But honestly, I would’ve played anybody in that movie. It was that good, that I just needed to be a part of it somehow. And I’m kinda the straight man in this, and everybody’s just sort of going crazy around me. Everybody else is the comedic relief, so I just got to sit back and laugh and have a good time every day.

TMS: One of the things that strikes me about it, aside from it being a very indie film, is that it didn’t really feel like an American film. I was curious about, other than the location, what is it about the sensibility of this specifically Canadian?  Is this a film that could’ve been made anywhere, or what is it that separates it from even an indie American film?

Staite: Well, I hope nothing separates it, honestly. I hope it doesn’t get tied to one specific country. It’s mostly about becoming who you are, and accepting who you are, and being loud and proud about it. And that could, hopefully, resonate in any small town. America, Canada, wherever. We’re hoping to reach a very broad audience. 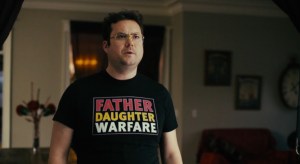 TMS: I hope it does! It’s funny, as loud and proud as Americans are in many respects, I feel like sex is still the taboo place.

Staite: Oh, totally! Yeah! I think that’s one thing that makes Canada a little bit different. We’re a bit more comfortable with those kinds of topics, and a movie about sex in general is not necessarily as taboo as maybe it would be in America. We’ve had a couple of those movies that have done really well up here. Like, Sex After Kids did quite well. Young People Fucking, Martin Gero did that film, did really well, and were widely accepted by audiences and festivals up here….Yeah, that’s definitely a little bit of a difference.

TMS: Now, people always say things like “sex sells!” And even the title of this movie is very shocking and will get certain people to the theater. But this movie really is just about people. It’s not the sensationalistic view of sex.

Staite: Not at all. The movie sounds a lot sexier than it is. And the theatrical poster is a heck of a lot sexier than the movie really is. The movie is about a bunch of dorks. No one really knows what they’re doing, and that’s the hilarity of it. Even my character claims to be this ‘sexpert,’ and she has not one clue what she’s doing, which is why these orgies go so terribly. So, that’s the fun of it. Maybe you go in thinking it’s one thing, and then realize it’s completely something else. And maybe you leave with some of that sweetness resonating more than anything.

TMS: Obviously, our readership knows you very well from the sci-fi/genre work that you’ve done. This role is very different. As you move forward in your career, is this more the type of role you’d want to be taking on?

Staite: What’s funny about the genre work is that I’ve only ever done a few genre-specific shows, so I’ve only really done a few sci-fi things in my career. I’ve been in this business for thirty years, and the stuff I’ve done is predominantly not sci-fi. It just so happens that those have been the biggest successes, so that’s what people know me for. But I never really seek out roles based on genre. It’s mostly about the people I get to work with, where it shoots, the script, the writing, if I’ve done a similar character before — all of those things are more important to me than what the genre is. I’m a ‘quality of life’ type of person. I’ve got a little boy, and I’ve got a family, so it’s mostly about that for me. Does it work for my life, more than anything else. 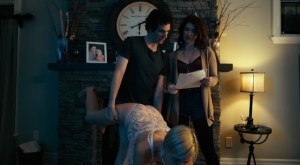 I definitely love sci-fi, and am totally open to doing it again. It’s opened so many doors for me. But because those doors have been opened, I get to do little indie projects like this as well, and that’s fun, too. I get to support an up-and-coming writer/director, and put my name on something to hopefully get him in some doors. It works for everybody. I never say never. I love reading different things, and it’s totally fun to do something totally different back-to-back with the last project you just did.

TMS: You’re an actor, and now you’ve got producing under your belt — is directing something you’d ever consider?

Staite: I have a lot of director friends, and I watch the agony and the stress that they go through, and I’m like I never want to to that! [laughs] It’s just like, either you’re one of those people who can take that on, or you’re not. And I don’t do well with stress. I don’t. I’m one of those people who’s very happy to stand on my mark and be directed and be given a character, and given free reign to do what I want to do with it, but I get to go home and be with my family at the end of the day. When you’re a director, you’re like there at the beginning of the day, you’re there at the end of the day long after everybody’s gone home. And then you’re in an editing suite editing the movie together for God knows how long. You’re the big boss, you’re the one making all the decisions, and that would kill me. I’d go through a bottle of Xanax in, like, a minute. More power to the directors out there, because I wouldn’t be able to deal with it.

TMS: Fair enough! And listen, you do what you do so well anyway, so…

Staite: Thanks! I hope so. ‘Cause I really don’t have any other special skills. Like, this is it. I hope it works out, because I really don’t have much to fall back on. [laughs] And I love it! I feel like I’m in my element. I’m super-relaxed when I’m on set more than anywhere else, honestly. I feel like it’s right for me. But branching out into anything else…like, even producing. It’s scary stuff. People were asking me questions, and I was like I need to know the answer to that? It’s a big hat to wear. But sometimes you’ve gotta wear that hat to get to do the project you really wanna do.