Today’s Protest Is for All Women. Yes, Even You, Kellyanne Conway

For feminism to really be meaningful or effect any change, it needs to be intersectional. Women who are not white, cis, straight, able-bodied, and at least moderately affluent very often get pushed to the sidelines of mainstream feminism. And that, quite frankly, isn’t any form of feminism worth investing in. 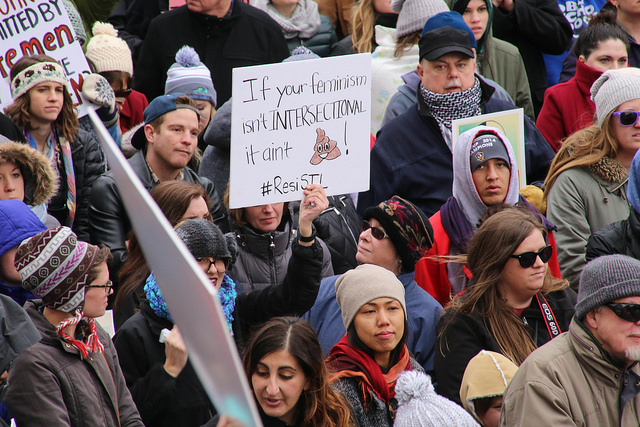 For true intersectionality, today’s Day Without a Woman protest is happening to honor and fight for the rights of all women.

Yes, even Kellyanne Conway, with her misguided views of feminism, politics, and how words work.

Even Betsy DeVos, who wants rich anglo Christians to have an education and everyone else is “up to the states.”

Even Ivanka Trump, a “walking billboard” for her own clothing & accessories line, who acts as a shield for her father, convincing millions of Americans that he cares about women’s health and wellbeing.

Even Trump surrogate Omarosa Manigault, who speculated to the press that a young woman who asked a question about Trump’s feelings on sexual assault at a debate was a plant, rather than take her seriously.

Even all the women who want to end access to safe and legal abortion.

Even all the women who voted for Donald Trump.

Even the women who call us snowflakes.

We’re fighting for all of you—even if you don’t think we need to, because that’s just how feminism works.