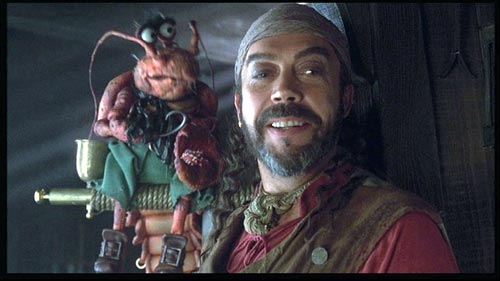 Say what you want about ninjas: they don’t have their own day.  Probably because that would be too obvious. I mean, what’s the point of having a day where you expect ninjas?  But pirates, now.  There’s a sort of ego thing going on there, I guess.

Anyway, looking for something to get you in the holiday spirit?  Look no further.

Here are a few of our past piratey features:

But not to just toot our own horns, Wired’s Geekdad has a list of piratey activities:

Dr. McNinja has their own piratey origin story, and, if you’re looking for a little bit more historical accuracy, Hark! A Vagrant has you covered.  Read this one first, and then find the follow up comic here.

If equipped, you could even play some Munchkin Booty.

And if all that fails to get you in the mood, we suggest Muppet Treasure Island.  We couldn’t decide which MTI song was more appropriate, so we embedded them both for you.  You’re welcome!.