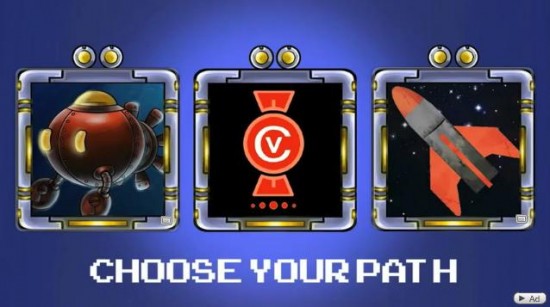 There is no greater modern hub for diversion than YouTube. But sometimes the experience can just be too passive. Sometimes sitting back and watching other people get hit with things isn’t enough. Sometimes, you need to choose what they get hit with. And when you’re in that mood to interact, YouTube is still there to help you (because video games are expensive). Below I have compiled the list of the top ten interactive YouTube videos. Choose your own adventure as you click through from video to video as the narrative, game, or whatever the flip it is unfolds. Make sure your annotations are on, and happy voyaging!

10. Ronald Has a Spider on His Head

We begin with a Lego stop-motion adventure where your best friend Ronald finds himself in one heck of a predicament. There’s a spider on his head. Choose how best to deal with this problem, trying as hard as you can (and it will take a surprising amount of effort) not to kill Ronald in the process. Then again, the most fun parts of the story are when you do kill him, and there’s no harm in seeing those endings then going back and doing things he right way. In the end, we all learn a valuable lesson: Violence solves everything.

Yeah, this one’s basically what it sounds like. It manages to escape the ten-spot by having a good dose of hotness in it, in addition to being fully weird. Unfortunately, it’s a very short adventure. But check out their other (equally short, equally perverse and gross) adventures after you complete this game for a few more minutes of awkward, interactive entertainment.

Who says you need more than one actor to stage an adventure? This daring fellow manages to act out every part between two completely different potential stories. And the stories are riveting, hilarious, and made all the more absurd by the weird hipster acting them out. The endings are often hilariously abrupt. Definitely a strong showing considering it was just one dude putting this whole thing together. May I recommend the Yeti storyline? Also, this one succeeds in that you can’t “lose,” giving it much more of an adventure feel, even though it’s really just storytelling.

Remember #9? It’s the one two above this one. Well this one is kind of like that, but with the absurdity turned up a bajillionty-fold. Fish-slapping and toasters are all part of this crazy quest to get the girl. With the narrator’s ridiculous support, how could things possibly go wrong? Well, a lot of ways. Play and find out.

6. Choose Your Own West Coast Adventure

This is just a really awesome project. One man drove a long road trip up the West Coast, and documented the whole thing. You can essentially customize the tour so you see whatever it is you want. Pick which adventures of the West you want to go on, and which you want to skip. Unlike the others, there’s no “path” to speak of. You can do all the adventures you want, regardless of order. This one also wins for having the coolest footage on-screen while you’re deliberating your choice. Let them sweat it out till the last second before you make your selections. You won’t regret it.

Play Street Fighter on YouTube. It’s really short, there’s no challenge whatsoever, and strategy is out the window. But the idea is just so cool that I couldn’t help but put it pretty high on the list. Also, the animation with action figures is really impressive. In this one, the interactivity is almost secondary to the great visuals.

The Time Machine is just one of many YouTube interactive adventures from Chad, Matt & Rob. They have real narratives, and this one takes you through time as you are hunted by The Matrix-esque agents. You will face real moral dilemmas here, cope with your innermost fears, and decide where your priorities lie. Unfortunately, it’s not particularly open-ended, so if your priorities lie in the wrong place, you’ll just lose and go back and fix them. Still, these adventures have some of the best production values on the Tube.

This one is absolutely spectacular. Composed of a bunch of terrible webcam footage and awkward animation, you must track down Lopie, your friend who happens to be a manila envelope. Your quest could take you to the reaches of space or the depths of the sea. This is one of the longest of the adventures, and the feeling you get at the journey’s end is actually legitimately touching. I almost cried.

2. Blend Your Own Adventure

LOVE THIS! Corey Vidal, very minor YouTube celebrity, will blend any two among a list of ingredients, then drink the result. It’s a truly unique idea for an interactive YouTube project. What more need I even say? You know you want to torture this guy with some crazy combinations. And he wants you to, also. That’s why he made it. So get to it.

The production here is the most cinematic by far, but that’s not what puts this one at the top of the list. This adventure was put together for a purpose. In a time where so many people are committing senseless violent acts on the streets, this video series serves as a reminder that you can choose a different ending for yourself. With your own actions, you can stop yourself from ending up in jail or worse. Make good lifestyle decisions, and everything will work out for the best.

I hope you had as much fun playing through all these adventures as I did. We had some good times and some bad times. Some of our friends died, and we beat up some action figures. We learned that violence doesn’t solve anything, and that violence solves everything. But most of all, we learned how diverting YouTube can be when you push it to the limit.

As a reward for all the hard work you’ve put in getting this far, I’ve included what has to be the worst choose your own adventure video on all of YouTube. Enjoy, and happy adventuring: