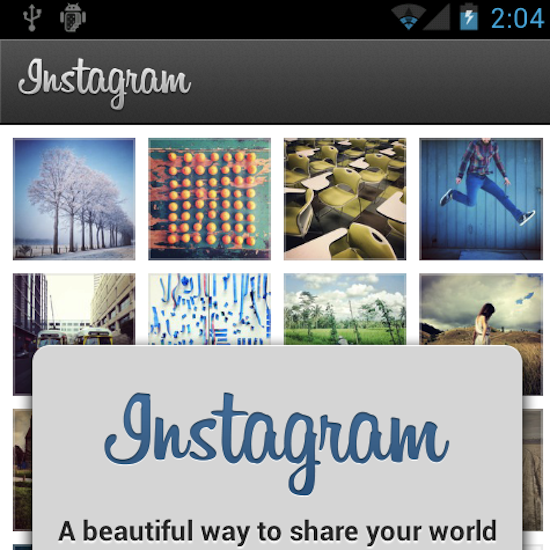 For those unaware, Instagram is a hit iOS app that allows users to manipulate pictures on their phone with a variety of filters and effects and then share those pictures with the world. Until today it’s been a successful app exclusive to Apple devices, but Android users can lament no more: The app is available, for free, in the Google Play store night now. In fact, about 1,700 people have already have downloaded it. Looks like Instagram has another hit on their hands.

Though the Android version is largely identical to the iOS app, there are a few differences. All the filters are exactly the same, and the app has the familiar Instagram design, but it’s not as feature rich in this first iteration. From the press release:

Our goal is to have a consistent experience between platforms. There are a few features that will not be included in the first version of the Android app (Tilt Shift/Blur, Share from Feed, Live Preview and Share to Flickr), but our upcoming versions are intended to bridge any differences.

The app is available for download now in the Google Play store, and will run on any phone with a camera, Android 2.2, and that can support Open GL ES 2.