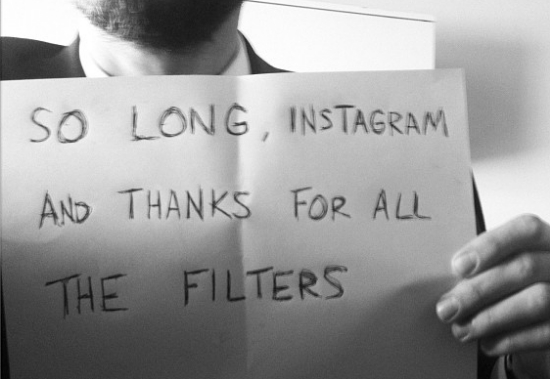 When Instagram announced they would be changing their Terms of Service Agreement, a lot of users got upset and threatened to delete their accounts. One report by a company called AppData says that Instagram’s users fell by 25% on Christmas day. According the AppData, it was like millions of voices suddenly cried out in disagreement, and were suddenly silenced. Instagram and Facebook, which owns the service, have obviously denied those numbers, but they might not just be saving face. The way AppData tracks their numbers makes the whole thing a little suspect.

Instagram announced its policy changes on December 17th, and by the next night co-founder Kevin Systrom had called the whole thing a misunderstanding and said they had no intention of selling users’ photos– the part of the policy everyone objected to. By December 21st the Instagram terms of service were back to their original form. So then why, a week later on Christmas, would people decide to stop using Instagram? The simple answer is that they probably didn’t.

There was a downward trend that day across many popular Facebook apps like Farmville, Spotify, and Pinterest. So the problem isn’t that users were fleeing because of a privacy controversy that’s already been resolved. Maybe it’s just in how AppData handles their app data. Tracking the daily active users that log into a service through Facebook is not the best way to measure an app’s success or failures. Although Instagram is owned by Facebook, users don’t need to log in to it through Facebook, and many don’t. The fact that so many other popular Facebook apps saw down trends on Christmas probably indicates something more general on Facebook’s end.

People jumping ship on Instagram the day they announced the changes to their privacy policy and terms of service would be believable, and some people probably did delete their accounts or stop using the service, but the numbers AppData is putting out just don’t make any sense.

(Business Insider via The Next Web, image via justgrimes)