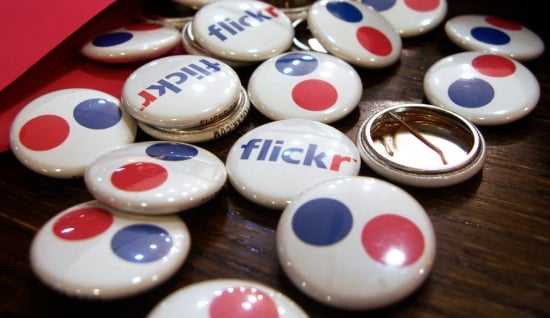 When Instagram announced some policy changes that made it look like they would be selling user photos to advertisers, a lot of people got upset. Some even jumped ship and deactivated their accounts. Flickr is hoping to swoop in and pick up those shutterbugs left behind by offering three free months of their Pro level account. The Pro account lets users upload an unlimited number of photos to Flickr. Why not sign up and see how many pictures you can upload in three months?

The announcement was made on Flickr’s blog as a holiday gift offer, but the timing seems pretty perfect for trying to attract photographers left with nowhere to post their cat pictures after the Instagram kerfuffle. Flickr has a free version of their service as well, but it has some limitations. Free users have a 300MB per month upload limit. They can only view their 200 most recent photos, and they only have access to scaled down versions of their original photos.

The three months of Pro service would normally cost $6.95, or $24.95 for a year. Flickr is likely hoping that users who get used to the Pro level will continue to pay rather than go back to the limited version. Now that Instagram has backpedaled on their privacy policy changes, not as many people will likely be deactivating their accounts, but this could serve as a pretty tempting offer for anyone who already has.

Another benefit is that Flickr is offering the free three months to everyone across the board. Users who already have a Pro level account can claim the gift and get their next three months free, and those who have prepaid will get an additional three months tacked on to their account. Not bad, Flickr. Not bad at all.

Whether this will entice anyone to drop Instagram altogether in favor of Flickr is uncertain, but with the gift being offered to anyone who wants it, the choice doesn’t have to be one or the other.