New Featurette Shows Off the Titular Spaceship from Prometheus 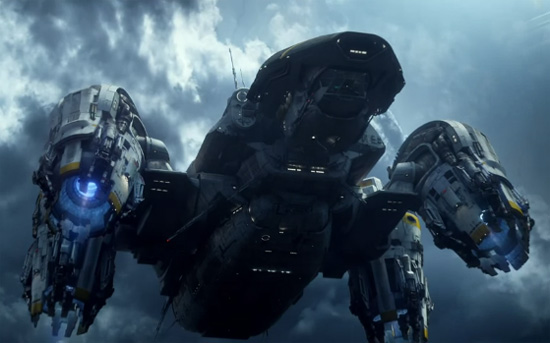 With the release of Ridley Scott’s Prometheus — the semi-prequel to Alien — just around the corner, promotional videos continue to stream out to keep the anticipation high. The latest is an interesting look into the titular star-chariot Prometheus, revealing a little bit about how the ship fits into the story, its design, and some of its surprises. For instance: It apparently has its own basketball court. See it, after the break.

It’s fascinating to see the kind of care with which the film’s writers and designers have taken with something as central to the movie as the ship. Writer Damon Lindelof’s comments about how the ship itself echoes themes of the film is something I’ll definitely want to keep in mind when the movie finally debuts on June 8.

However, what I find myself coming back to is that brief shot of the ship’s exercise facility. Of course, it makes sense — maintaining muscle mass and fighting boredom is an issue with space travel, even for real-life astronauts on the International Space Station. But just seeing a basketball court in (what is arguably) an Alien movie brings to mind Alien: Resurrection and Sigourney Weaver slam dunking. Given all the care and effort that the filmmakers have taken to distance themselves from the franchise’s sequels, even something like that seems jarring.

Of course, I’m certainly being nit picky. Given what we’ve seen so far, Prometheus seems to be setting itself up as a thoughtful, thrilling science fiction film. Let’s hope it stays that way.