Memes Within Memes Is Too Unstable: 15 Memes Inspired by Inception

A week-and-a-half later, Inception is still lingering in our minds, doing well at the box office, and, most importantly, inspiring people to make funny pictures on the Internet. That last point might seem insubstantial, but rest assured it isn’t.

By and large, image macro humor is created by geeks, and as such they’re a reliable gauge for which popular entertainment will endure, what actually makes us think and wins our obsession. Why do you think Inglourious Basterds birthed so many more memes than The Blind Side?

Below, 15 of the best memes inspired by Inception. No big spoilers, per se, but they may not make sense if you haven’t seen the movie. Also, be warned that there is some saucy language.

1. I’d venture to say this is the first Inception meme that made it big. This is evidenced by the facts that 1) it eventually shows up in every imageboard discussion of the movie, serious or not, and 2) it features Xzibit. Dawg. (via) 2. There are also a lot of “Haters Gonna Hate” pictures out there, as there are whenever a form of entertainment depicts a person walking smugly, but this is so much greater. (via) 3. I think we can all agree that Arthur is actually much more Carlton than Fresh Prince; Eames the Forger better exemplifies Big Willie Style. (via) 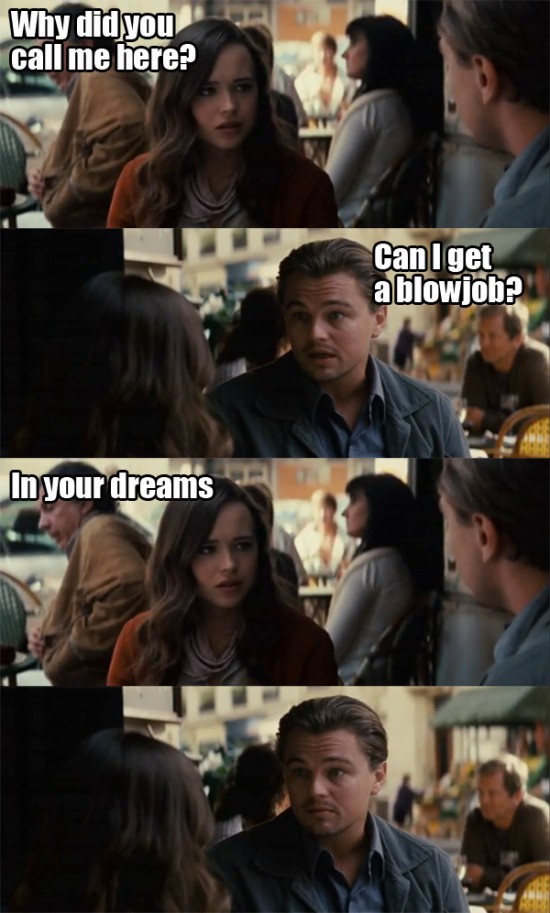 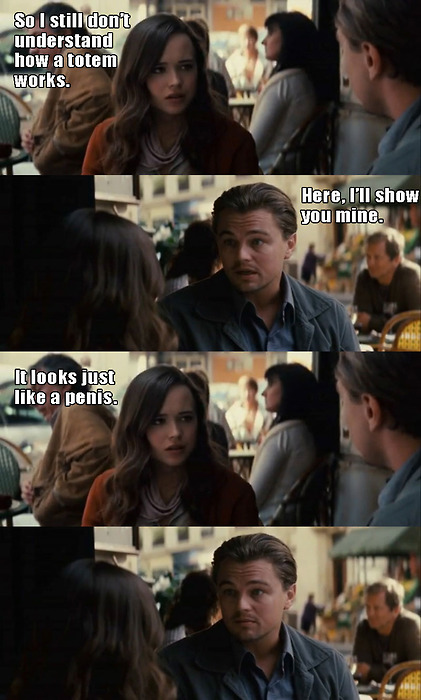 6. Se– just kidding, this is about how Ellen Page is best known for appearing in the movie Juno, in which she played an annoying pregnant teenager with a hamburger phone. So: Sex. (via) 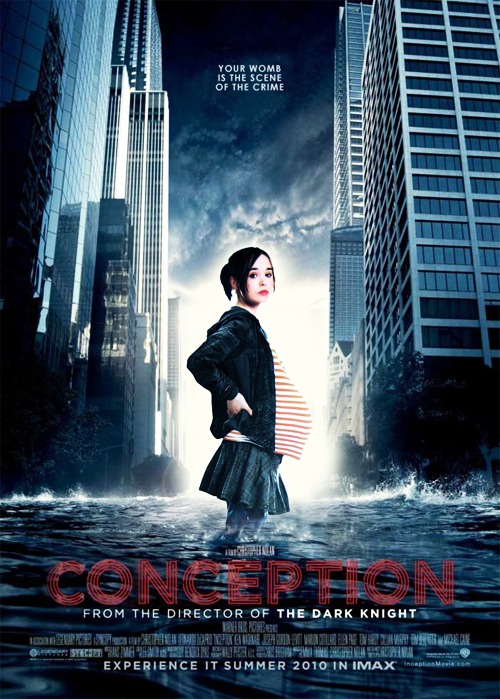 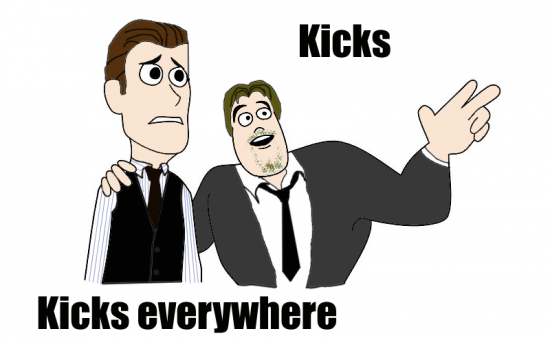 8. So much to like in this pic made by a Nolan Fans forumer; for one, it pays homage to the “____ everywhere” meme in its original form. For another, it makes Leonardo DiCaprio hilariously fat.  (via) 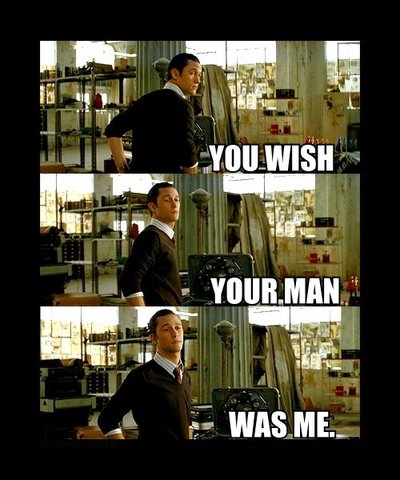 9. The ladies report that Joseph Gordon-Levitt is a ‘major hottie.’ We’re assuming this means he smells good, too. (via) 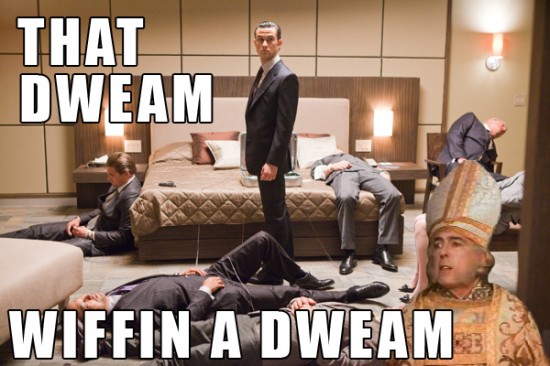 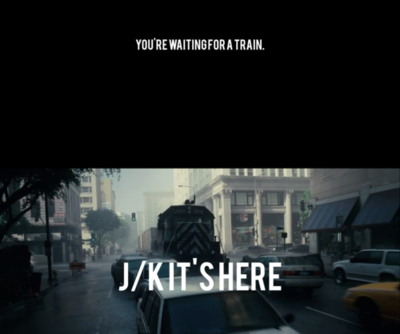 11. I’ll admit that while I found this one funny from the get-go . Oops: It was in fact mentioned by My Chemical Romance’s blog and thereafter incorrectly attributed to them in some quarters, from whence I continued the incorrect attribution. Full quote, from Mal: “You’re waiting for a train. A train that will take you far away. You can’t be sure where it will take you.” Thanks to commenter Grimm13 for noticing this. (via) 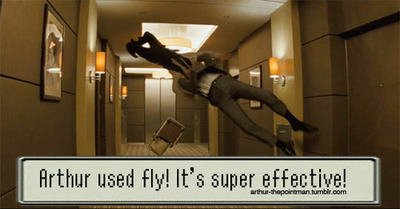 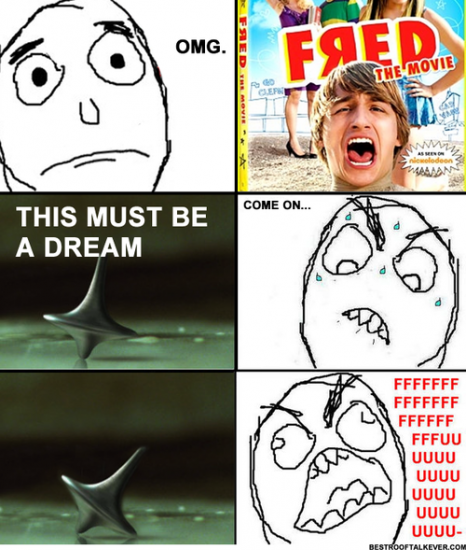 13. This piece combines the Inception totem and FFFUUU to masterful effect; the second panel, however, is deeply upsetting. (via) 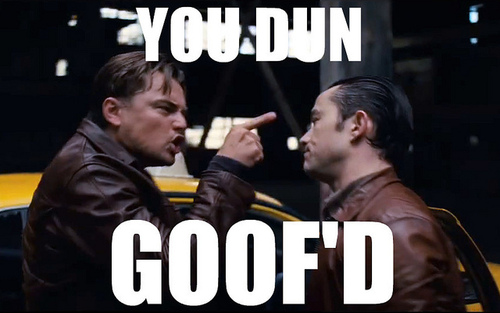 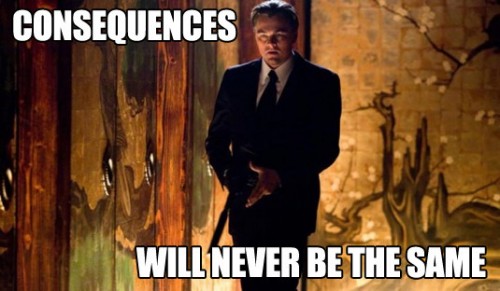