Reddit Bans Their “Incel” Subreddit, a Hive of Poisonous Misogyny 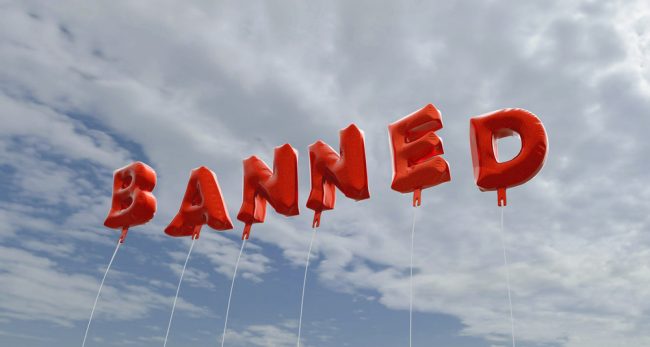 “Incels” are a group of people, almost exclusively male, who believe that they are “involuntarily celibate”— that they are denied the sexual contact they feel to be their due—and they have carved out Internet communities devoted to this damaging and dangerous ideology. Now, the 40,000+ group of incels that festered unchecked on reddit have been banned.

In an update this week on the company’s site-wide community policies (no doubt motivated by an environment of increased attention to real-world harassment and its shadow-play online), reddit banned /r/incels for violating its new content policy that prohibits the posting of links or comments that “encourages, glorifies, incites or calls for violence or physical harm against an individual or group of people”.

While your first reaction to this edict might be “duh, that sounds about right,” the line between what social media companies deem to be “encouraging” violence—a bannable offense—and “glorifying it”—previously not considered so bad—has been seriously blurred in the past. Often deciding what is unforgivably violent and hateful is still open to wide interpretation and not strictly enforced at all.

The best way I can describe this to those who have never worked or thought much about the process of online moderation is an example I encountered all too frequently as a moderator. Content that praised the actions of the Nazis in the Holocaust, glorifying their bigoted violence, would likely be left alone; content that explicitly suggested that people go out right now and take up the Nazi’s actions, encouraging that violence to possible real-world consequences, might receive some sort of flag or take-down. But content like this rarely fits neatly into a box; far too often I watched horrifically hateful ideas pass under the moderation bar so long as it was not full of pictures so gratuitously and brutally violent that there was no mistaking their meaning.

Here’s what, according to The Guardian, finally led to reddit closing the book on /r/incels:

The 40,000-strong community was nominally a “support group” for people who lack romantic relationships and sex. “They are involuntarily celibate or ‘incel’.” However, popular posts from the last few months include ones titled “all women are sluts”; “proof that girls are nothing but trash that use men” and “reasons why women are the embodiment of evil”.

Members describe women as “femoids” and the men they have sex with as “chads”. There are many examples, documented on a watchdog subreddit called IncelTears, where incels have condoned or advocated rape, or described it as a made-up construct.

It took reddit many, many years to take action against this community, and it is quite likely that without our newfound collective hue and outcry about this sort of behavior, /r/incels would still retain its cozy berth at reddit. It is not as though something has suddenly changed in the community. They have hardly tried to cloak their fury at being denied sex from women. Rather, they’ve been quite openly explicit about it. That was the entire point.

A lot of us first encountered the concept of “incels” as a result of the worst kind of spillover between Internet-fuelled hatred and real-world consequences. In 2014, 22-year-old Eliot Rodger killed six people in Isla Vista, California, before killing himself. Rodger left behind a hate-filled “manifesto” on YouTube explaining why he was undertaking the massacre, detailing, as Wikipedia puts it, “his frustration over not being able to find a girlfriend, his hatred of women, his contempt for men who got girlfriends easily, his disgust for interracial couples, and his plans for what he described as ‘retribution’.” To some in these hate-filled communities, Rodger was hailed as a hero for his rampage.

Back then, VICE explained the further “motivation” behind Rodger’s reasoning:

Elliot calls himself the “perfect guy,” and declares that he will “punish all of you [women]” for not recognizing that he is, in his words, “the supreme gentleman.” In the video, he details a plan to slaughter women that he describes as “entitled sluts” living in UCSB’s “hottest sorority.” It’s a horrific, woman-hating manifesto that appears to have some of its roots in pick-up artist culture.

And VICE’s Patrick McGuire wrote, “We have to talk about gender equality, and we have to talk about it now, because this isn’t just an American problem. We have to try and root out the ideology behind misogyny before another generation of boys grow up thinking that sleeping with women is their right, no matter what, and that not getting laid is the fault of women at large.”

McGuire’s article is more than three years old, and America, let alone the world at large, is still barely beginning to have this desperately needed conversation. America, in the last two months alone, has seen some of the deadliest, most heart-stoppingly cruel mass shootings perpetrated by men with a history of domestic violence towards women, a link that exists all too often.

Good riddance to incels’ prominent subreddit, but banishing one gathering-ground hardly solves a virulent problem inherent in our culture online and off. Incels are already inclined to feeling persecuted; banning people like this can often only increase their sense of self-righteousness and indignation, and it does not disband them so much as drive them further underground.

Even so, this ban feels like it could be a tentative step in an important direction: social media companies’ increased accountability and responsibility for the content of the content they are hosting, and the damage it can create and the lasting impact it can have. It’s not a fix, and it’s not a solution to the apparently widely-held jaw-dropping notion that men “deserve” sex and can force it or lash out when they are denied. But it may mean that some users who might otherwise have been exposed to these ideas and drawn in will not be.

And I’ll take that, for now, while I wait for the conversation about gender equality that McGuire calls for above to begin. Because while we might finally be seeing some public backlash against abusers and harassers, we are only reacting to perpetrators after the fact, not working to prevent them, to stop the vile seeds of misogyny from ever taking root in the first place. We still have a long, long way to go, and a lot to talk about.

(via The Guardian, image: Shutterstock)