Keiji Inafune’s Defense of Mighty No. 9 Kickstarter Result Is … Better Than Nothing? 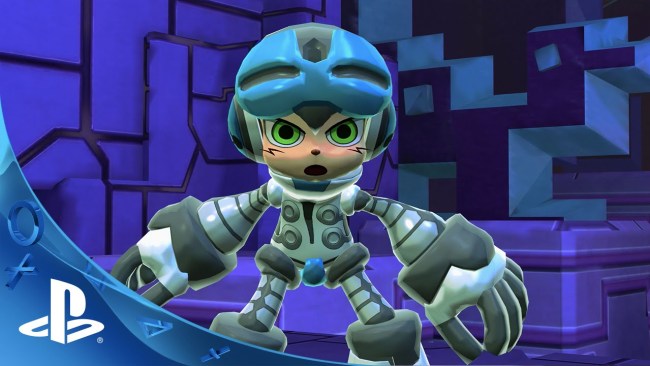 I love Mega Man—enough to main him in Smash Bros. despite the general consensus that he is Not Very Good. I should’ve been thrilled for a spiritual successor from Keiji Inafune, who’s been with Mega Man since the beginning, but using Kickstarter for what looked to be largely a Mega Man knockoff seemed like an underwhelming idea to me, and now that the game has been released, many fans feel the same way.

Their disillusionment comes with good reason, too. The Kickstarter has faced troubles before with delays, and now that the final product has shipped, fans are disappointed in the game’s artistic, graphical quality as well as its dated gameplay—not to mention that its Xbox 360 version has been delayed again. A recent trailer to promote the final version proved a cringe-worthy harbinger of just how much the final game would miss the mark, but Inafune himself appears unfazed by the generally poor reaction.

In a live stream where he discussed his thoughts on how the game came out, Inafune pointed out that the team didn’t try to nickel and dime fans with DLC, which is pretty much beside the point. The game, for better or worse (but generally worse), is complete as it is, and he added, “At the end of the day, even if it’s not perfect, it’s better than nothing. At least, that’s my opinion.”

So … there you have it. If you funded the Kickstarter, you got a game, so at least the development team didn’t completely fail to deliver what backers were promised. A video by Eurogamer shows just how different the final look of the game came out when compared to its early prototype, which only took days to produce. Graphics aren’t everything, and an argument could be made that going with a more simplistic, flat style was a deliberate choice, but nothing else about the game really wows, either.

Inafune mentioned that he’s still very invested in the side-scroller game type and that sequels could follow, but it’s hard to imagine people flocking to back another Kickstarter after what happened here and the seeming lack of understanding as to what went wrong.

(via Attack of the Fanboy, image via Comcept)