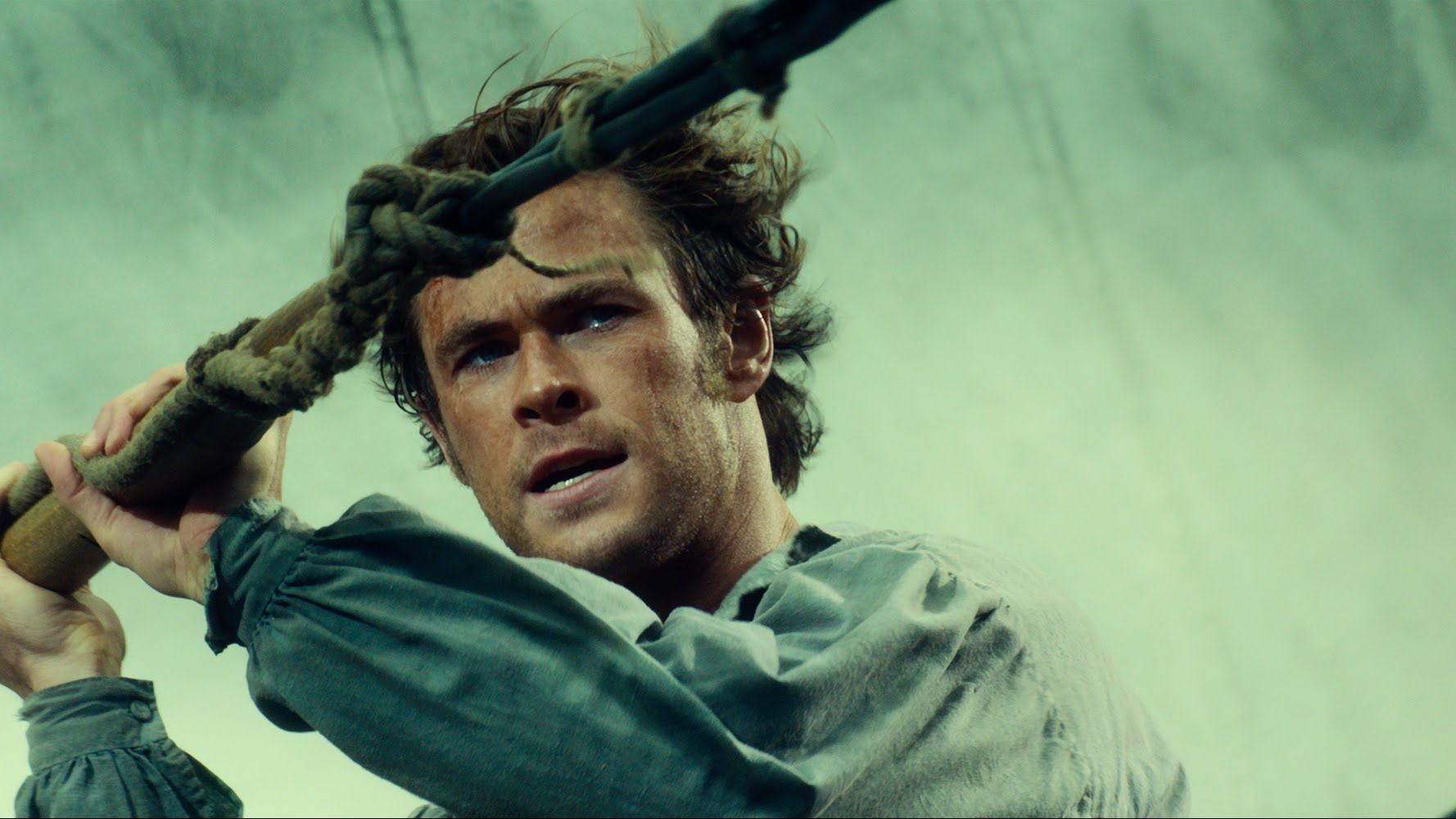 Mild spoilers below, although I truly defy any of you to call them “spoilers.” This shit happened almost 200 years ago.

I liked In the Heart of the Sea, but I’m not surprised it bombed at the box office this weekend, if only because I have no clue who this movie was meant for. Hemsworth fans who want to watch him literally drip with the blood of endangered animals? The under-served cannibal sea yarn market? My best guess is that director Ron Howard wanted to appeal both to history buffs and “people who want a Master and Commander sequel,” and, as a member of the latter group, I was pretty satisfied by the movie. Unfortunately, most theater-goers will probably be left wanting more.

In the Heart of the Sea is based on an excellent non-fiction book of the same name that chronicles the sinking of The Essex, a whaling ship reportedly destroyed by an “enraged” and “vengeful” sperm whale in 1820. The survivors of the sinking spent months stranded at sea, during which many more of them died and were eaten by their surviving crewmates. Eight survivors of The Essex were eventually rescued, two of whom–First Mate Owen Chase (played by Chris Hemsworth) and Cabin Boy Thomas Nickerson (ickle babby Spider-Man Tom Holland)–went on to write accounts of their experiences.

The sinking of The Essex was also the inspiration behind Moby-Dick, but In the Heart of the Sea misses an opportunity by barely referencing the themes of obsession, religion, and humanity’s relationship to the natural world that Melville addressed in Moby D. I’m a sucker for a good sea yarn, so I got what I wanted from this movie (handsome lads Hemsworth, Cillian Murphy, and Frank Dillane having adventures), but In the Heart of the Sea’s subject matter could have been the basis for a much more thoughtful and, frankly, better-looking film. There are hot seamen aplenty, but some of In the Heart of the Sea‘s whales swam right out of the uncanny valley.

Speaking of the whales: if the thought of Vengeful Whale Vigilantes is at all funny to you, then In the Heart of the Sea will be a laugh riot. There are multiple moments in this movie where Hemsworth literally trash-talks a whale, and many more scenes in which the white whale taunts and emotionally tortures The Essex survivors like the Billy Loomis of the sea. The emotional dynamic between Hemsworth and Whale had the potential to be a sobering representation of humanity’s dysfunctional relationship to the natural world, but instead it’s hilarious–which is enjoyable, but probably not Ron Howard’s intention. 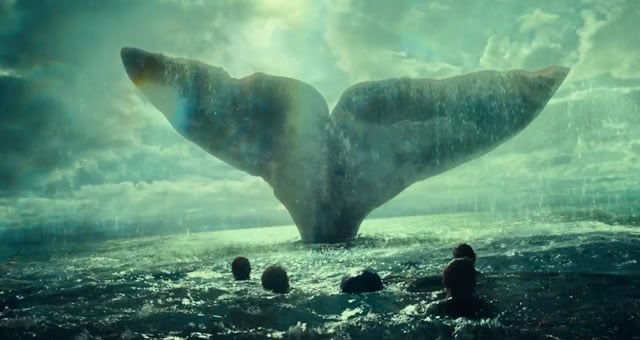 It should be said that In the Heart of the Sea doesn’t even come remotely close to passing the Bechdel Test, but it’s one of the very few movies I don’t fault for that. I usually hate when historical epics use the “but there were no women there!” defense, considering the accomplishments of women who were present have usually just been erased from history, but the story of The Essex is so specific that I went into the movie knowing it wouldn’t have much female representation. I think the film could have done a far better job of showcasing the men of color that were aboard The Essex–In the Heart of the Sea focuses extensively on the class power dynamics aboard the ship, yet excludes race from the discussion entirely–but I really didn’t mind that women play a very limited role in the story.

If you plan on checking out In the Heart of the Sea, I do recommend seeing it in theaters to fully experience the scale of the story and the immersive experience it occasionally offers. But if you’re hoping for a thoughtful re-telling of an ultimately tragic historical event, or a Chris Hemsworth movie in which he doesn’t feast on human flesh, then expect to be disappointed.