Be the Dr. Fiona Hill at Impeachment Hearings That You Want to See in the World | The Mary Sue

Be the Dr. Fiona Hill at the Impeachment Hearings That You Want to See in the World 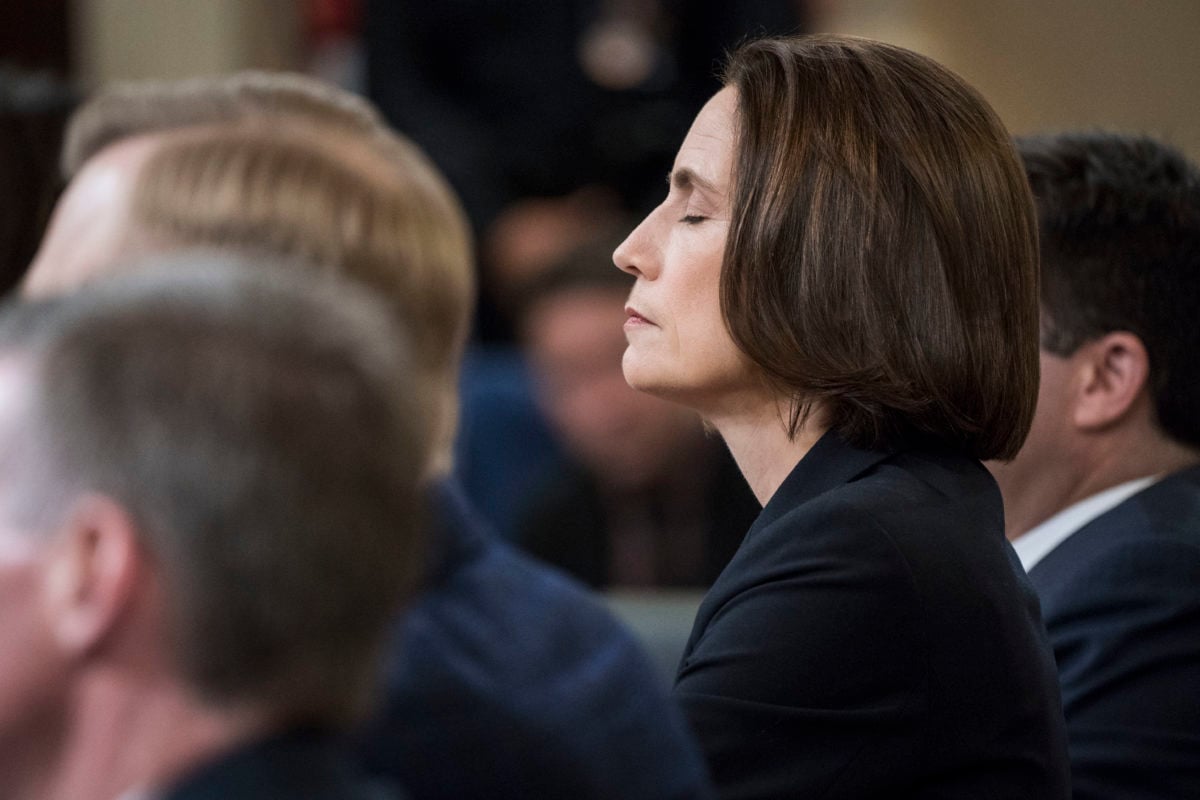 Maybe it’s the power of her willingness to let her voice be heard or maybe it’s the knowledge that Dr. Fiona Hill put out a fire with her bare hands just to get back to work as a child, but the internet is in love with British-born American foreign affairs specialist. Taking to the stand to share her information on Donald Trump and Ukraine, Hill, who served as a top White House advisor on Russia, wasn’t about to be pushed around by those before her and what they “thought” she should be saying or how she should be reacting.

After all, Fiona Hill put out a fire with her bare hands, so I … maybe wouldn’t mess with her.

As a child Fiona Hill had a boy set one of her pigtails on fire so you know no amount of gaslighting could faze her at this point in her life.

Dr. Fiona Hill sat and listened to Jim Jordan monologuing at her. She told Devin Nunes to his face that his conspiracy theory was harmful. Basically, she’s not taking this lightly, and she isn’t here for the Republicans before her to brush this off as if it isn’t an important look into what happened in with Trump and Ukrainian President Zelensky.

And with that, she is one of our new Twitter icons. While many of us are trying to understand what this information means, we have focused our love of Fiona Hill’s determination to get her story out and to not be smeared to benefit anyone else’s beliefs.

So, for a moment, let us appreciate the tweets about Hill that bring us joy and make us want to cheer for her.

“Can I actually say something?” —Fiona Hill, and every woman ever.

The disdain on Fiona Hill’s face as Jim Jordan speaks could power a city.

Maria Yovanovitch’s and Fiona Hill’s unflappable competence and patriotism is like a commercial for having a woman president in 2020. pic.twitter.com/d5MXTlTnDl

Looks like this is the Fiona Hill the GOP is willing to die on.

Fiona Hill handling the five-minute questions from the GOP pic.twitter.com/XFdNoMM20G

apparently fiona hill got her phd in dick punching bullshitters

Jim Jordan: It’s just something I do

Fiona Hill: want a piece of me?

Already thinking about how to write a stone-cold, take-no-shite, sharp af dowager duchess based on Fiona Hill.

Fiona Hill could charm a rock.

No lie, I would follow Fiona Hill into battle.

Fiona Hill is the kind of detail oriented badass who makes sure the tires have the precisely correct air pressure before she drives the bus over you.

I never want to be Fiona Hill because she, like many others who are taking the stand, are being grilled as if they are somehow the ones in the wrong, instead of the president. But watching her, as she refused to let the men and women speaking at her get the last word to try to show her in a negative light, has made us all fall in love with Hill.