Here are Some of TMS' Favorite TV Latinas | The Mary Sue

In Celebration of Latinx Heritage Month, Here Are Some of TMS’ Favorite TV Latinas

We are currently in the midst of Latinx Heritage Month, and there is a lot of greatness to be celebrated. As we are a site that trades in pop culture and feminism, we started thinking about all of the awesome Latina characters we love in some of our favorite media. Now, without further ado, I present to you TMS’ favorite TV Latinas (in no particular order, because they’re all badass). 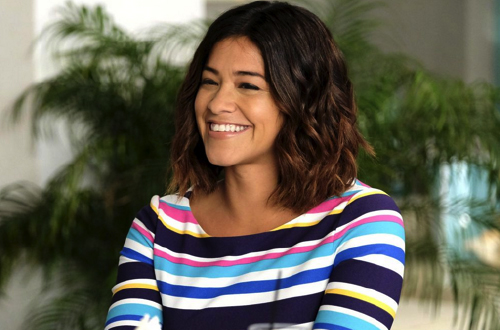 JANE VILLANUEVA on Jane the Virgin

The entire Villanueva family is chock full of brilliant and funny characters that fans adore, but they are all anchored by the singular and wonderful presence of Jane the Virgin‘s titular character. In a stylized, telenovela-style world, Jane Villanueva still manages to be an authentic, nuanced character thanks in large part to Gina Rodriguez’s Golden Globe-winning, grounded performance. She’s smart, creative, funny, kind, and she shows us that it’s not about “having it all.” It’s about having what’s important. 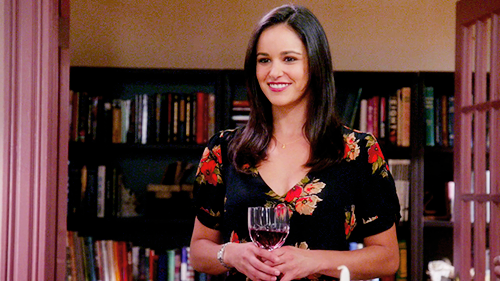 Too often, whenever we’ve gotten Latinas on television in the past, they’ve all been the same type of Latina. However, we’re slowly starting to see shows present us with *gasp* more than one Latina option in one cast! Brooklyn Nine-Nine is one of those shows, and Amy Santiago, played with humor and grace by Melissa Fumero, speaks to all the Type-A, nerdy Latinas out there who are maybe more ambitious than they are adept at social skills. She is someone who, yes, has a relationship with the male protagonist on the show, but she isn’t defined by that. What defines her are the standards for excellence that she sets for herself. In other words, she defines herself. Even when she cares very, very much about getting the approval of respected superiors. 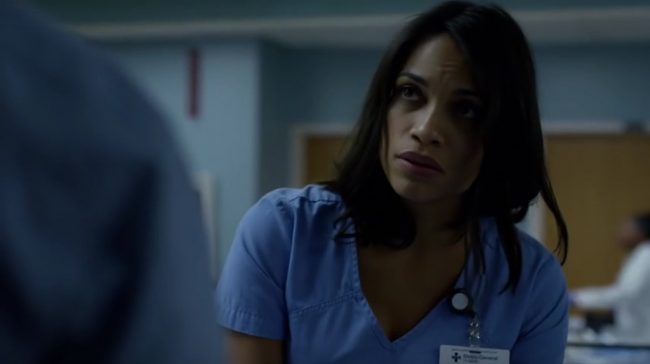 Claire Temple is everybody’s favorite character in the Marvel Universe Netflix series, and it’s easy to see why. She’s warm, funny, and relentlessly competent in a TV universe that’s filled with super-powered emotional trainwrecks. Whenever wounds need to be stitched, emotions need to be addressed, or a “What is wrong with you?” needs to be asked, Claire is always there to react as the audience would – if we were like 70% more likeable and badass. 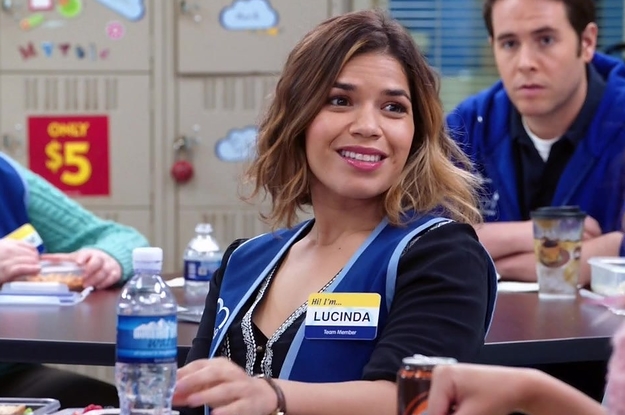 Amy is allowed to be a lot of things–kind, funny, a great leader, a great mom–because she’s never reduced to just her ethnicity. America Ferrera has said that this was the first part she’d ever been offered that wasn’t written specifically for a Latina actress. In the pilot script, every character was just written as people, without mention of race, and the characters were developed organically based on the actors that were cast. Usually, that leads to a white-as-baseline cast, but not so with Superstore. Which is probably why Ferrera’s Honduran background feels like such a natural and essential part of her character. 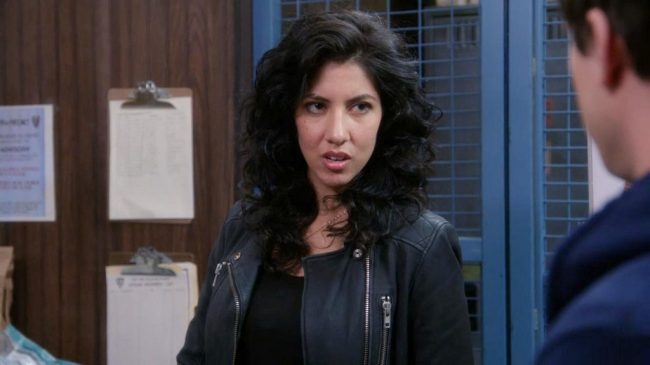 As was mentioned above, Brooklyn Nine-Nine allows for different types of Latinas to exist in the same space. Rosa Diaz isn’t even the opposite of Amy Santiago. Comparing those two is like comparing apples and skyscrapers. Rosa is fierce, brave, mysterious, and an amazing detective that maybe likes the violent side of her job a little too much. But just as Amy isn’t a one-note nerd character, Rosa has depth to her, and it’s especially affecting when she allows herself rare moments of vulnerability. Whether she’s taking down criminals, delivering sick burns, or caring for her friends, Rosa is someone we always want on our side. Because, seriously, she might kick our asses otherwise. 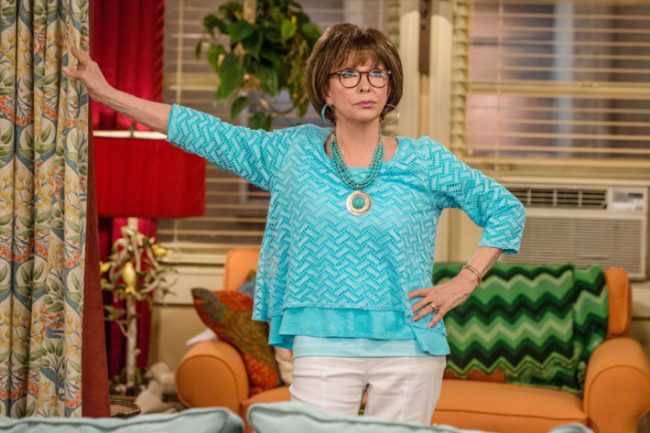 LYDIA RIERA on One Day at a Time

(played by The Queen, Rita Moreno)

Lest you think that it’s only a young Latina’s game out there, meet Lydia Riera of Netflix’s One Day at a Time reboot. She is everything you’d expect a Latina matriarch to be: she doles out tough love, meddles exactly where she shouldn’t, and comforts you by cooking you the most amazing food. She also rocks her Cuban culture and her accent with pride. But far from being a stereotype, Lydia is also a nuanced woman who owns her sexuality (yes, even at “her age”), adores her family, and has a rich and complicated inner life. She’s played to perfection by EGOT-winner Rita Moreno, who proves that you can kick ass and take names long after any Hollywood-prescribed arbitrary expiration date.

There are so many awesome and nuanced Latina characters we left off this list (like a quarter of the entire cast of Orange Is the New Black, for example!), because there are so many gracing our TV shows right now it’s hard to choose! But which do you think are our most egregious omissions? Or, which of the above characters is your favorite?

Tell us who your favorite Latina character on television is below!