Today in Impeachment: What Does 'Strike the Last Word' Mean? | The Mary Sue

Today in Impeachment Questions: What the Heck Does “Strike the Last Word” Mean? 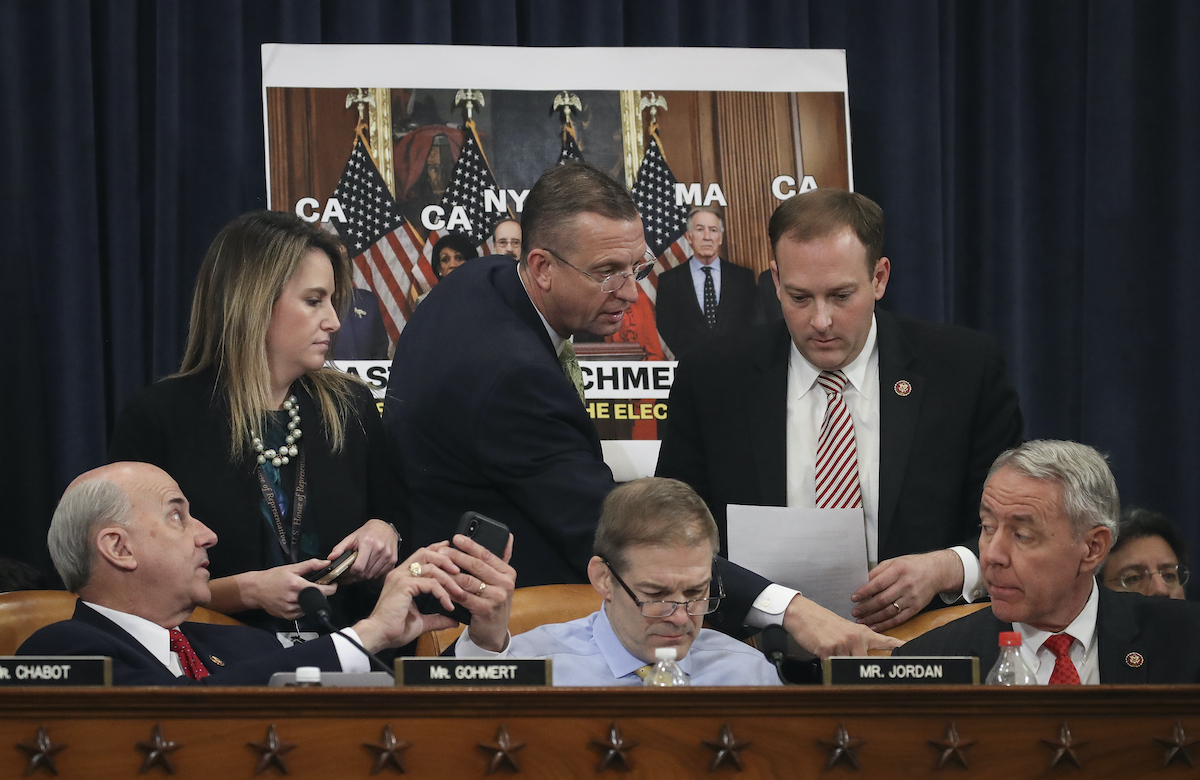 The House Judiciary Committee is currently debating amendments to the official articles of impeachment announced earlier this week. They started the “markup” at 7:00 pm Wednesday night and they’re expected to approve the articles later today. In the meantime, the “debate” going on is totally exhausting.

As usual, it’s less a debate and more lawmakers taking turns repeating their preformed, unwavering talking points. The Democrats all maintain that Trump abused his office and accuse the Republicans of choosing party over country. The Republicans all say the Democrats are acting in bad faith and reading things into Trump’s conversation with the Ukrainian president that weren’t there. They say the Democrats are being unfair to Trump just because they don’t like him. And it’s gone on like that, back and forth for five minutes apiece since 7:00 yesterday.

If you’re watching or listening to the debate, there is one phrase that’s probably sticking out at you: “I move to strike the last word.” A lot of representatives have said this today. As NBC Washington’s Noreen O’Donnell wrote, “If ‘strike the last word’ was an impeachment drinking game, no one would survive.”

Unless you’re a longtime fan of watching Congressional hearings, this might be a new phrase, although by this point, you’re probably hoping to never hear it again. Basically, it’s just a way for lawmakers to keep the debate going longer.

For each amendment, the reps only have ten minutes of debate time allotted–five in favor and five against. By saying they want to strike a single word from the text, a lawmaker is allowed to keep the debate going. Technically, they should be speaking about that word, but it’s understood that they’ll be speaking about larger substantive issues.

And what are those substantive issues?

Rep. Jim Jordan wanted to cut the entire first article of impeachment–the whole charge of abuse of power in pressuring Ukraine to investigate Hunter Biden. (You can read the full articles here.) That was shot down after three hours of striking the last word.

THREE HOURS into this House Judiciary Committee hearing, we have the FIRST vote — on Jim Jordan’s amendment to strike the first article, abuse of power.

It failed along party lines, as expected.

Republican Rep. Matt Gaetz introduced an amendment to cut the reference to Joe Biden from the impeachment articles and replace it with Burisma and Hunter Biden. (That was also voted down along party lines.)

.@RepMattGaetz offers an amendment to add language re: Hunter Biden into the impeachment articles, and mentions his drug problems.

.@RepHankJohnson, D-GA, suggests the “pot calling the kettle black is not something we should do,” an allusion to Gaetz’s 2008 DUI arrest.

House Judiciary Chair Jerry Nadler introduced an amendment to change references to “Donald J. Trump” to “Donald John Trump” in the articles of impeachment. That seems like a minor issue, though ranking Republican Doug Collins thinks it illustrates the “absurdity” of impeachment.

The committee is currently on a break but we’ll update here with any important news.

Update 5:45pm: A third amendment was voted down along party lines. Republican Rep. Andy Biggs proposed an amendment that would add to the articles the fact that US aid was released to Ukraine. Republicans keep pushing this point because they believe it proves that there was no “quid pro quo” demanded by Trump in regard to asking Ukraine to investigate Hunter and Joe Biden.