The burning question here is, "Will it make Angry Birds just Birds?" 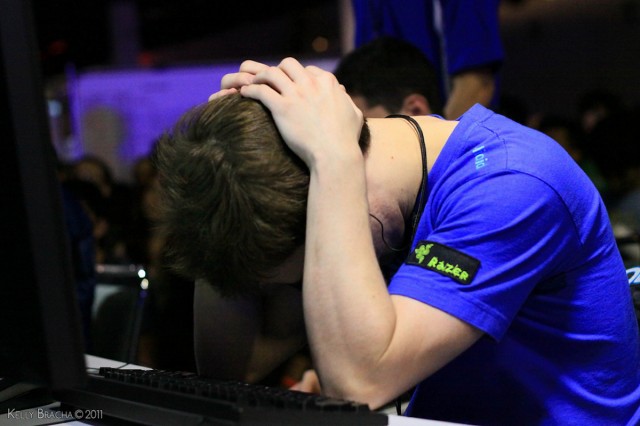 The goal of the Immersion headset is to help gamers learn to stay calm under pressure and perform better as a result. It aims to do that by increasing game difficulty as you lose your cool, so that you eventually learn that staying calm is much more productive than, say, putting your fist through your screen.

The headset was created by designer Samuel Matson, and it uses a hacked Xbox controller and a small headset to read the wearer’s heart rate and adjust a game’s difficulty accordingly. Right now, the only game that supports it is a custom shooter that Matson designed specifically to demonstrate the concept, but it’s a solid prototype that could work with any game programmed to utilize its functions.

If you’ve ever played an online game, you’re probably familiar with the “gamer rage” problem Matson’s headset is trying to correct. Instead of being a quick fix that makes a game easier to sooth an enraged player, Immersion aims to stop gamers from getting so upset in the first place by training their brains to see more clear-cut negative consequences of their rage.

That way, we can turn the insult slinging, mountain dew guzzling hordes of angry Internet gamers into calm, efficient killing machines. Wait, that doesn’t sound so great. Instead, let’s hope it turns them from angry adolescents into well adjusted adults who work well under pressure. Maybe we can get a surgery game with this implemented and create a generation of super steady-handed surgeons or something? Yeah, we’d prefer that, please.