If You Give A Monkey A Banana, You’re Actually a Terrible Enabler

Bananas are a sometimes food, now. 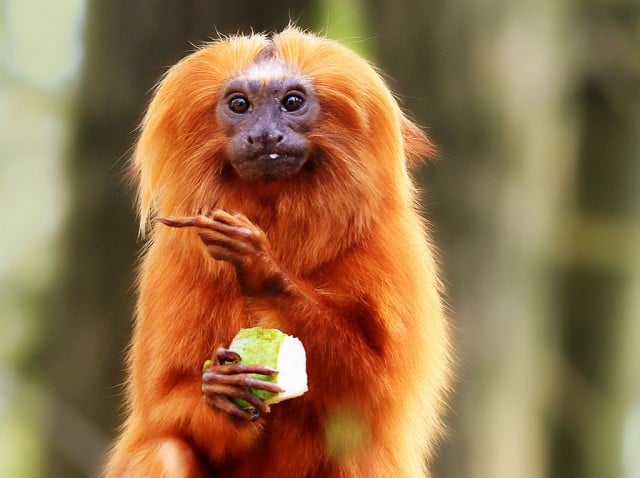 A British zoo has made the executive decision to stop giving its monkeys bananas all the time. But before you object, it’s not because British people are against the idea of fun and joy. It’s because bananas bred for human consumption are basically the monkey equivalent of cake, and it’s adversely affecting the monkeys’ health.

Let’s put this idea into a different, more commonly known concept. If you’re a cat owner, you’ve probably heard that you shouldn’t actually be giving cats milk on a consistent basis, despite what cartoons tell you to the contrary; we commonly drink cow’s milk in this country, and many cats can’t actually digest that stuff very well (neither can we, according to some people, but that’s besides the point). The logic behind the Paignton Zoo’s decision is pretty much exactly the same; the bananas that are cultivated for human consumption have much less protein and fiber than the wild fruit that monkeys’ bodies are equipped to be eating.

There’s also a much higher sugar content in human-grown bananas which, as you might expect, is bad. It damages the monkeys’ teeth, causes them to have stomach problems, and may even cause diabetes in certain situations. You know, sort of like it does when humans eat too much of it. The sugar was even affecting the behavior of the zoo’s smaller monkeys and marmosets as well, too, because the recent banana ban (Banana? Bananban? How do we make a pun out of this?) has “calmed them down and made their groups more settled,” according to senior head Keeper Matthew Webb.

So what does the average Paignton Zoo monkey diet look like now? Mostly vegetables, but they do still get bananas as a special treat now and again, especially when they’re sick and their keepers need to make sure they eat all of their medicine. Still, we can’t imagine that the monkeys are really, truly happy about this change. Oh, sure, if they could talk they’d probably sound just like those “clean eating” people, raving about the proper proteins and “everything in moderation.” But give them free reign to eat all the bananas they want again, and they’d fall right off the wagon with the rest of us. Do you hear that, stupid monkeys? You’re only healthier than me because you have nutritionists. You’re not better than me!