This shit is still happening in 2021. 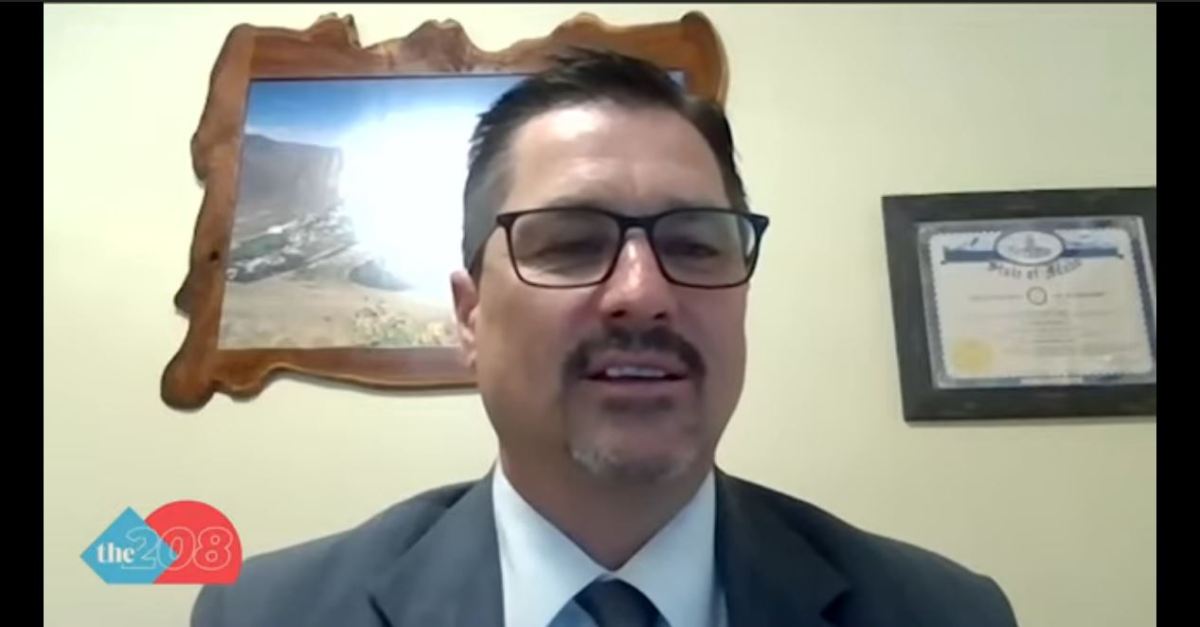 Idaho State Rep. Charlie Shepherd, R-Pollock, has come under fire for saying that women should stay at home and raise children instead of working in this, the year of our Lord 2021. On Tuesday, the Republican rep. said “I don’t think anybody does a better job than mothers in the home, and any bill that makes it easier or more convenient for mothers to come out of the home and let somebody else raise their child, I just don’t think that’s a good direction for us to be going … We are really hurting the family unit in the process,” in response to a bill which would improve early childhood education programs across Idaho.

The House Bill 226, which would have allocated only $6 million in federal funds “to provide education resources for children ages birth through five ― in multiple formats ― and support locally-controlled, high-quality, and family-focused programs and educators that support the optimal growth and development of young children,” failed 34-36 in a vote.

Appalling. House GOP just rejected $6M from the federal government to increase early childhood education availability in Idaho. (@McCrostie4Idaho was really a yes but wisely flipped so he could move to reconsider this horrendous outcome). #idleg #idpol https://t.co/B6d08QKQdZ

The next day, Shepherd apologized, saying he meant to “compliment” mothers. “My point was, I was trying to get mothers as much credit as I possibly could, and I completely and totally blew it,” he said. Shepherd added, “I have learned the hard way that misguided statements do not help solve anything, … I sincerely apologize to any and all that I have offended, and I will work hard to right any wrongs that I have done.” Ah yes, Shepherd really wants to help the mothers of Idaho by making it harder for them to return to work, thus making them unable to provide for their families. SO HELPFUL. WHAT A COMPLIMENT.

Protesters met outside the Statehouse holding protest signs reading “Working mom. My kids are doing great” and “who let the moms out,” among others. Democratic State Rep. Muffy Davis joined the protests, saying “We aren’t in the 1800s here. And all women don’t have to stay at home and care for the kids, … That’s not how it works here.” Davis added, “More women have left the workforce, and grants like these are programs to enable women so they don’t have to.”

One Idaho Rep: “any bill that makes it easier or more convenient for mothers to come out of the home” isn’t a good idea. @19thnews
https://t.co/Wj95QIqHGx

Even more disheartening, Rep. Tammy Nichols, R-Middleton, told the House, “The goal in the long run is to … take our children from birth and be able to start indoctrinating them.” Because preparing kids for kindergarten is now indoctrination? I guess letters, colors, and numbers are a tool of Antifa.

She was joined by fellow Rep. Priscilla Giddings, who questioned the “social justice curriculum” of the early childhood education, asking “Good gentleman, are you aware if this nonprofit has provided any support or if they would encourage or support the teaching of the Pledge of Allegiance?” It will not shock you to learn that Giddings doesn’t believe in race or gender-based discrimination.

Apparently, no one told these Aunt Lydias that the federal grant was supported by Idaho’s 2 GOP senators AND former president Donald Trump. And it was a fellow Republican, Rep. Paul Amador, R-Coeur d’Alene, who sponsored the bill. Amador said, “It’s about helping children and helping families. … This is all about giving parents choice.”