But he had no trouble will all the nonsense in Johnny Mnemonic. 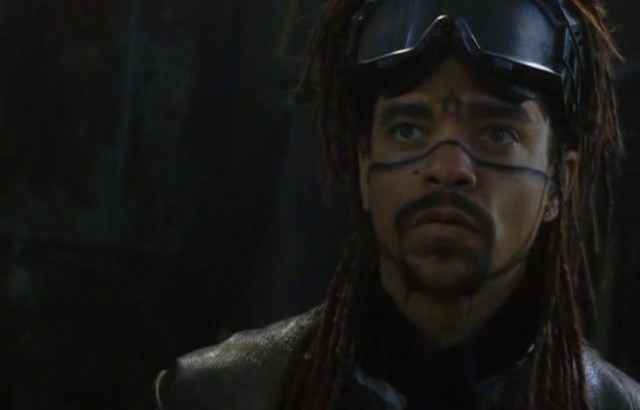 A few weeks ago, we learned that Ice-T recorded a Dungeons & Dragons audiobook, because he talked about it on his podcast. We also learned that he had a podcast. It seemed like he was coming down pretty hard on D&D, but in the latest episode, he clarified that he doesn’t hate D&D. He thinks that shit sounds dope.

Here’s a relevant quote from the episode of his podcast Ice-T’s Final Level where he first revealed his D&D audiobook experience:

They didn’t tell me that this was a mothafucking dungeons and dragons book. Now, those of y’all out there that don’t know, Dungeons and Dragons is some of the most crazy, deep deep deep nerd shit ever invented. So every word you’re saying is pretty much made up. Motherfuckers talk like Yoda. ‘Yo, outside I go into the sun thereof and out– ‘ what the FUCK! How do you read this shit?

It’s not hard to imagine some gamers getting offended at that, but at the same time, D&D really is some of the most crazy, deep deep deep nerd shit ever invented, so he kind of has a point. Ice-T wanted to clarify and let the world know that he doesn’t hate the game. He just thinks the language makes for a pretty tough read for an actor.

In the latest episode titled “Don’t Hate the Player, Hate the Mage” he said:

I have nothing against Dungeons and Dragons, geeks, or nerds. I told you I just hate dumb fucks. What wouldn’t Ice-T like about a dungeon… or a motherfuckin’ dragon? That shit sounds dope to me.

Ice-T even said that, as he’s grown more familiar with the game, he even wants to be a Dungeon Master, and WE WANT TO PLAY D&D WITH DUNGEON MASTER ICE-T SOOOOO BAD!