Not Only Does Ice-T Have His Own Podcast, He Also Recorded a Dungeons and Dragons Audiobook

Welp, that's not what I was expecting when I woke up this morning. 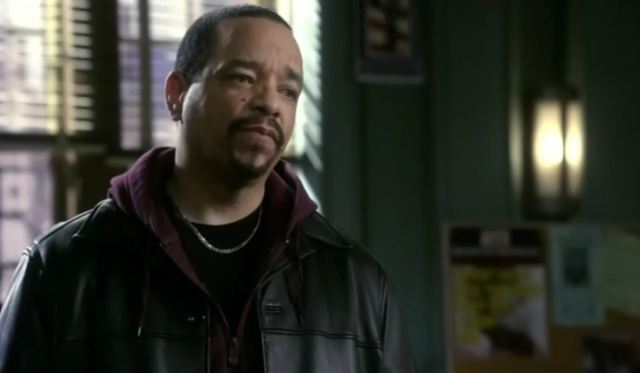 Sometimes, the Internet Powers That Be are good and just. For every disgusting creepshot subreddit or terrible Kickstarter scam, they give us about five minutes worth of audio in which Law and Order: SVU‘s Ice-T tries to explain a Dungeons and Dragons audiobook he recently recorded. Yes, this is indeed most pleasing to us.

In the most recent episode of Ice-T: Final Level, a bimonthly podcast (!!!) he records with co-host and longtime manager Mick Benzo, Ice-T describes how he was booked for an audiobook recording gig through Audible and didn’t figure out until it was too late that the short story he’d be reading was about Dungeons and Dragons.

They didn’t tell me that this was a mothafucking dungeons and dragons book. Now, those of y’all out there that don’t know, Dungeons and Dragons is some of the most crazy, deep deep deep nerd shit ever invented. So every word you’re saying is pretty much made up. Motherfuckers talk like Yoda. ‘Yo, outside I go into the sun thereof and out– ‘ what the FUCK! How do you read this shit?

According to Ice, it took three and a half hours to read 25 pages worth of material, and he’s still got another 20 pages to go. That doesn’t actually seem too far off from the usual timeframe from what I’ve heard of audiobook recording, but considering how hard it can be to read words out loud when they’re completely made up and you have no idea how to pronounce them, it must have been excruciating. According to what the producers told Ice-T, people have apparently “broken down” trying to read similar works.

You can listen to the whole podcast on iTunes or on Ice-T’s website, and trust me, the whole hour is definitely worth a listen. Though I will not lie to you, people of the Internet: I started laughing the minute I heard Ice-T’s voice. This is mostly like due to the fact that a large part of my subconscious brain had falsely assumed that this was instead an elaborate hoax perpetrated by Paul F. Tompkins, and that I would be in on the joke from the very moment he began to speak. But hearing Special Victims Unit detective Odafin Tutuola’s actual damn voice come out of my laptop speakers set my entire conception of reality askew. Nothing makes sense anymore. I feel like Ice-T trying to read Dungeons and Dragons.

(via Kotaku, image via NBC)