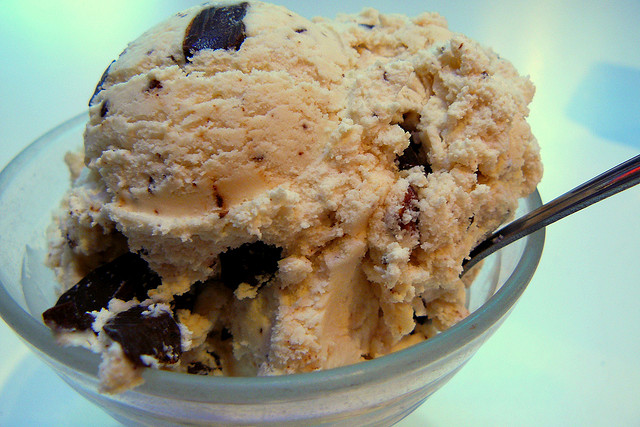 Eating is a profound experience that goes beyond just taste, so when a team of researchers decided to do the Lord’s work and perfect ice cream, they needed to evaluate more than flavor. They had to develop a standardized method of monitoring mouthfeel.

Phys.org explains that, in the past five years, gastronomy has embraced ”Temporal Dominance of Sensations,” or TDS—an analysis of the holistic, fleeting experience of eating that takes into account more than just food’s taste. A study published recently in Food Hydrocolloids and developed by Spain’s Institute of Agrochemistry and Food Technology demonstrates a new method of evaluating TDS that could be used to make the world infinitely yummier.

85 lucky participants used in the study were given vanilla ice cream with varying ingredients. Then, they used a computer to note the sensations they encountered while eating. The team then used  software to graph participants’ noted experiences. The primary elements of ice cream mouthfeel as indicated by the study were: iciness, coldness, creaminess, roughness, gumminess, and finally, mouth coating. Blech.

Study co-author Susana Fizsman explains that in addition to how ice cream “looks before being served, the texture on our tongue and palate is key to it being accepted and considered as a quality product.” Mouthfeel analysis helped Fizsman and her team learn how to tinker with ingredients and build the perfect dairy treat, but could hopefully be used to perfect other foods as well. Says Fizsman:

In an ice cream made only with milk and sugar, the curves that dominate are those representing coldness and lack of smoothness. But adding cream, egg and hydrocolloids significantly increases and prolongs creaminess and mouth coating […]Normally the perception of a cold-ice sensation is negative for the consumer, but we have seen that this is eliminated or delayed when these macromolecules are added. The macromolecules also enhance and prolong the creaminess, which is associated with a high quality ice cream.

Better get used to serious discussion of “mouth coating.” That’s the price the world must pay for deliciousness.

(via Phys.org, image via sea turtle and the Institute of Agrochemistry and Food Technology)