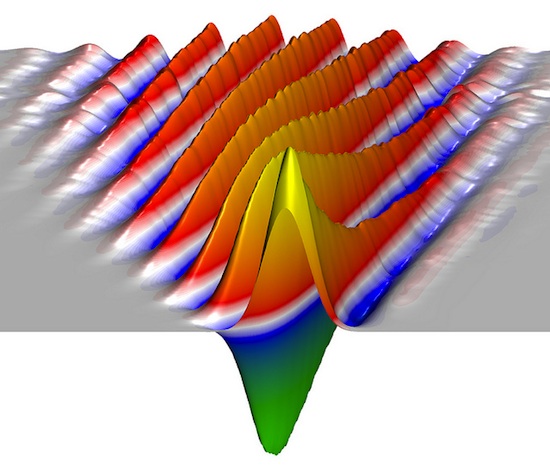 Researchers have mapped the spin of electrons in a semiconductor for the first time, marking a big step forward in the march toward quantum computing. By synchronizing the subatomic particles, researchers were able to extend their spin lifetimes to just over 1 nanosecond. That’s about the same time an existing computer processor takes to cycle, and offers proof of concept that quantum-based processors can remain stable long enough to encode information, according to a study published online this week in the journal Nature Physics.

The study reinforces the long held, but until now never demonstrated, idea that the spin of electrons can be used to replace the on-off pattern in binary systems. By using quantum spin, engineers could create a new generation of processors achieving speeds that are flights of fantasy right now. And while those processors are still a long way off, these experiments by IBM and researchers at the university ETH Zurich mark a major step toward their viability. “This control and ability to manipulate and observe the spin is an important step in the development of spin-based transistors that are electrically programmable,” said IBM researcher Dr. Gian Salis in a statement.

Researchers created thousands of electrons, which would normally spin in random directions. Using laser pulses, they herded the electrons into creating a consistent spin helix that could conceivably be used to record bytes of information. The process has been theorized for nearly a decade, and some previous papers have hinted that it was possible, but this is the first experiment to observe the phenomenon directly.