The Jedi Doth Return is out today! 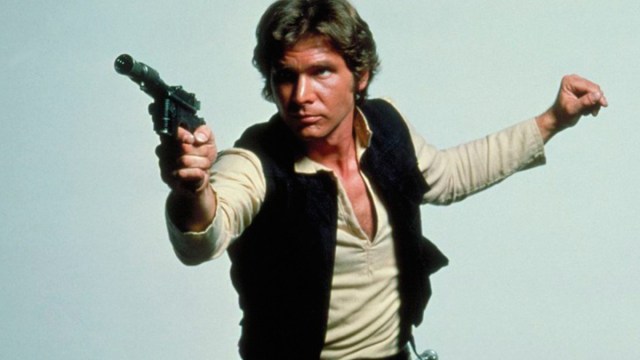 As the author of a handful of Star Wars books, I often get asked who my favorite Star Wars character is. Without hesitation, it’s Han Solo. The other characters don’t even come close. I was a kid when Star Wars came out, and Harrison Ford was both Han Solo and Indiana Jones. Who wouldn’t want to be that cool? My personality, sadly, is much more C-3PO than Han Solo, but Han was always the person I wanted to be. Here’s what I learned from everyone’s favorite smuggler/scoundrel:

Han Solo was always a favorite of mine, and I only hope I’ve done the character justice in the William Shakespeare’s Star Wars trilogy. And now, as Han said to Luke before the first Death Star battle (#6: always be a bud, even when you disagree), “May the Force be with you.”

Ian Doescher — author of the William Shakespeare Star Wars trilogy — has loved Shakespeare since eighth grade and was born 45 days after Star Wars Episode IV was released. He has a B.A. in Music from Yale University, a Master of Divinity from Yale Divinity School, and a Ph.D. in Ethics from Union Theological Seminary. Ian lives in Portland, Oregon, with his spouse and two sons. You can follow him on Twitter at @IanDoescher.

(via Ian Doescher and Quirk Books, image via Star Wars)