Look Deeply Into Her Eyes and Whisper Softly Into the Crisp, Autumn Breeze, “I Am Weed.”

This was destined to become a meme. 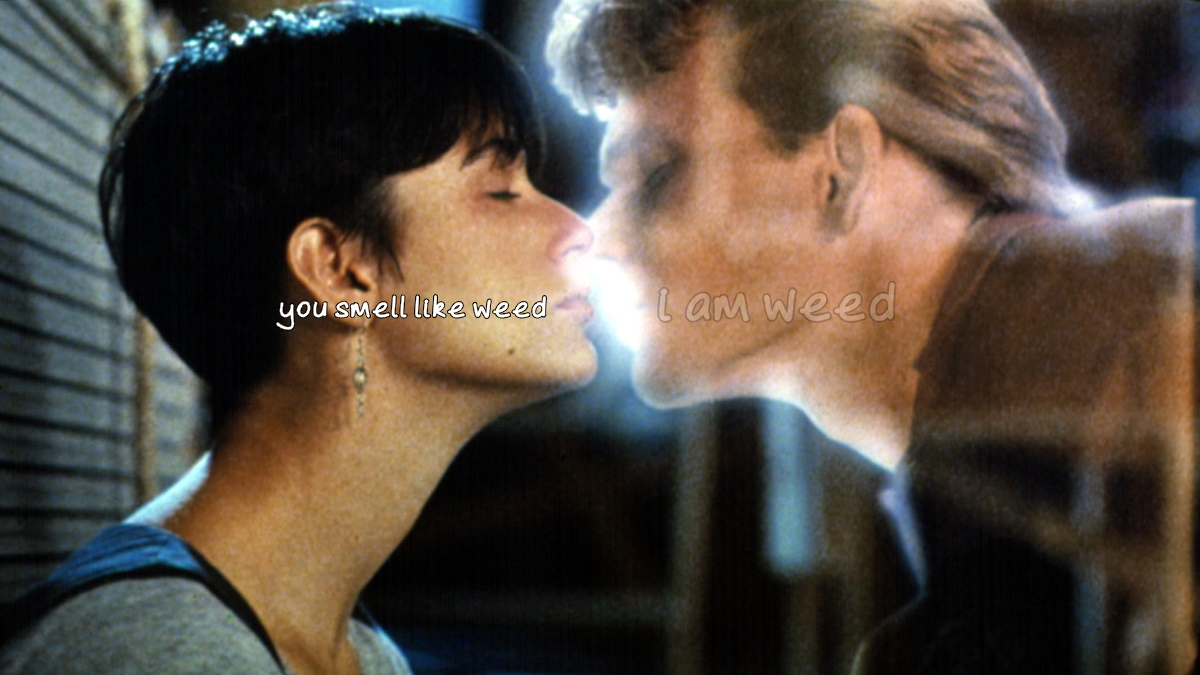 The other day, while scrolling through my Twitter feed, as one does while they’re supposed to be working, I came across a tweet that went something like this:

Person B: I am weed.

I didn’t think much of it at the time, but I did start to get curious when I saw that a lot of folks were putting different couples, ships, and characters in the position where one would smell like weed, and the other would reveal that they are weed.

Eventually, I decided to find out the origin of this meme, and let me tell you, I didn’t expect it to be, well, this:

#MeganFox: ‘I just remember this tall, blond, ghostly creature and I looked up and I was like, “You smell like weed.” He looked down at me and he was like, “I am weed.” Then, I swear to God, he disappeared like a ninja in a smoke bomb.’ #GQStyle.https://t.co/SpLxBxmGlI pic.twitter.com/zEL7qr4uqB

Or he disappeared like a masked man in a tuxedo, am I right?

But yes, if you’ve been curious as to why Twitter has decided that peak romance means admitting that you smell like weed because you are weed, it’s because Megan Fox and Machine Gun Kelly did an interview with British GQ and gave details about their, um, unique first meeting.

MGK and Fox say they really met for the first time in 2020 on the set of the action flick Midnight In The Switchgrass, but they actually met briefly a few years before that, introduced at a GQ party in LA. ‘This weird thing happened,’ says Fox. ‘We didn’t see each other.’ She looks at him. ‘Do you remember [seeing] my face?’

‘I don’t remember your face… And I definitely would have remembered his face,’ she continues. ‘I just remember this tall, blond, ghostly creature and I looked up and I was like, “You smell like weed.” He looked down at me and he was like, “I am weed.” Then, I swear to God, he disappeared like a ninja in a smoke bomb.’

I’m not sure if Molly Lambert, the one giving the interview, knew what to expect when talking with Fox and Kelly, but I’m gonna assume that she realized that a quote like “I am weed” was gonna take Twitter by storm.

True Romance! Megan Fox and Machine Gun Kelly tattooed each other while I watched, took me on a wild night ride, and shared their pop punk love story, new cover story for @BritishGQ by yours truly!https://t.co/CsqmL0JzAQ

This sounds like what I thought Hot Topic and its shoppers were like back in middle school. This was back in the 90s, before the huge anime pop culture explosion and walls full of Funko Pops, back when it truly was the store your average pearl clutcher would power walk past because heaven forbid they encounter someone who wears those black, baggy pants with the chains all over them.

This mystical (is that the word?) encounter where Fox is enamored by this “tall, blond, ghostly creature” who smells like weed (correction: is weed) doesn’t sound real. The two sound like the goth couple my kid self made up in my head based on the first time I actually entered a Hot Topic, punk rock music playing amongst the dark corners of the store as I quietly munched on my Auntie Anne’s pretzel.

It’s not just the now-infamous weed quote, though, it’s the way the two of them interact with one another.

THE WAY SHE’S LOOKING AT HIM.. NO NO NO pic.twitter.com/I2yxaPeUEA

Later in the interview, Fox says, “I think we weren’t allowed to see each other yet. We weren’t supposed to run into each other that night, so our souls, our spirit guides, were luring us away from each other, because you literally had no face, like that thing from Spirited Away. It is hard to see his face in general, but really he had no face that night. Thank God, [because] what torture had I known you were there and I couldn’t get to you. It was better that I didn’t know.”

Twitter has responded in the only way it knows how.

i literally cannot stop thinking about mgk saying “I am weed” and then megan fox thinking he’s the hottest, most mysterious guy ever