We’re Already Obsessed With Patty Jenkins’ Chris Pine-Driven Series, I Am The Night

Is it January yet? 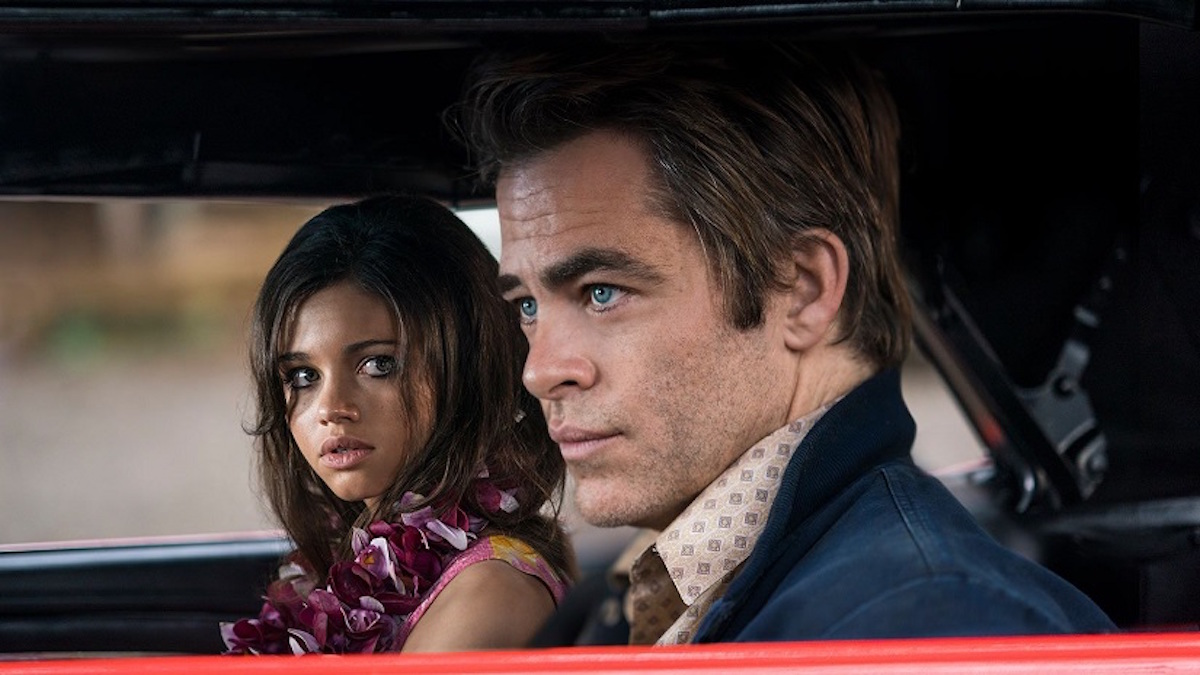 Patty Jenkins and Chris Pine proved to be a cinematic match made in heaven for Wonder Woman, but now they’re taking over the small screen, as well.

The trailer for their upcoming TNT limited series I Am The Night just dropped, and it has everything you need to make this your midwinter TV obsession: Pine taking over television, a creepy 60’s aesthetic, weird masks, and the Black Dahlia murder, all wrapped in a true crime blanket? I am so, so ready for this to come and sweep the Emmys.

The series centers on redemption-seeking reporter Jay Singletary (Pine), who is drawn into Los Angeles’s dark underbelly when he stumbles upon Fauna Hodel (India Eisley). Hodel is searching for her birth family and, in the process, has uncovered a dark secret. Together, they follow the clues that point towards infamous L.A. gynecologist Dr. George Hodel (Jefferson Mays), who has ties to all of the debauchery in Los Angeles’ past, including one of the city’s darkest unsolved cases.

Set to an eerie and period-appropriate soundtrack, the visuals of 1960s Los Angeles are haunting in the trailer. The lighting makes it seem straight out of an old photograph, and the set design is absolutely impeccable. Jenkins’s knack for details is one of the reasons her vision for Wonder Woman was executed so brilliantly, so it’s wonderful to see her bring that keen eye to a different genre.

And, of course, there’s Pine’s central performance. While Fauna might be the emotional heart of the story, Pine’s Singletary will no doubt be the protagonist. Most of Pine’s more mainstream roles have been charming scoundrels (Jim Kirk, his Princess Diaries 2 role) or daring heroics (Steve Trevor, The Finest Hours, even Outlaw King).

Men in noir tend towards the gritty and the grim, and Pine switches between probing detective and manic figure. At one point, he screams at two men in a bar, and at another, he strikes himself while sitting in a parked car. This seems like a stretch outside Pine’s usual domain, and I can’t wait to see if he ascends to the throne of Most Talented Chris with an award after this is all said and done.

This is a story I’m glad that Jenkins is helping to tell. While the series is written by Jenkins’ husband, Sam Sheridan, I trust that she will make sure it never slips into exploiting the women at the center. It’s Jenkins’ ability to utilize the female gaze to make sure that a story about women in danger (or, as at least one scene in the trailer hints at, being brutalized) isn’t just trauma packaged for male consumption.

Her ability to balance visuals and narrative will ensure that Fauna is not a footnote in Singletary’s story, and that the violence isn’t just a gross excuse for sexualizing women’s pain. Hiring Vic Mahoney as a director for two episodes also will help, and I’m excited to see Mahoney’s work.

Check out the trailer below, complete with an introduction Jenkins and Pine filmed on the set of Wonder Woman 1984. Keep your eyes peeled for a review coming soon, ahead of the first episode’s debut on January 28th at 9PM.