Hyrule Warriors: Age of Calamity Is Out Now and My Feelings Aren’t Ready

I'm gonna be real sad at the end aren't I? 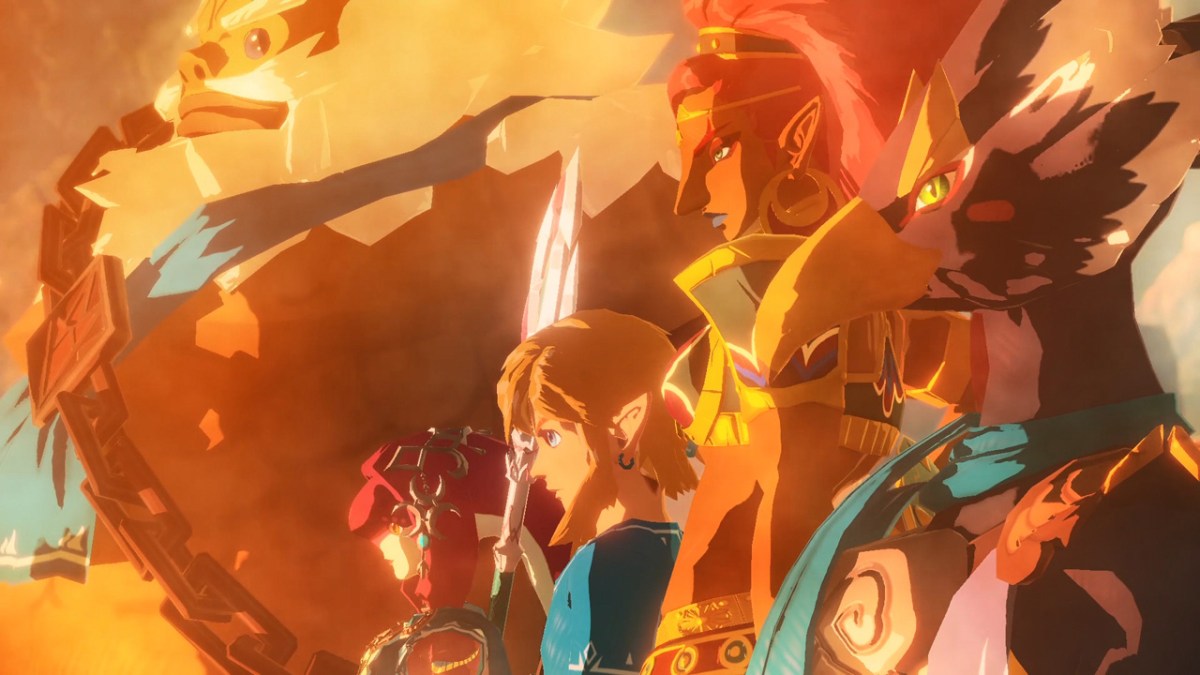 My mama always said that if you speak it into the universe it’ll come true. Years ago, during my Breath of the Wild playthrough, I said to my wife, “I wish we’d get some kind of prequel because I’d love to learn more about the champions.”

Let me put my clown shoes on.

I say that because this is one of those stories where there’s only one way for it to end, and that ending’s gonna be real sad, because when you start BOTW all of the champions are dead. Worse? You don’t even remember them, what happened to you, or why Hyrule castle is so unsettling. In order for this prequel to work, you have to lose, but now, instead of unlocking memories as we did in BOTW, we’ll see it as it happens.

Okay, I actually do like these kinds of prequels, ones where you meet the heroes you’ve heard about but the only ending for them is gonna be tragic. You get to learn what made them so legendary, get more attached than you already were, then … lose them. Like, what’s the final battle even gonna be like? If it’s anything like the flashback in BOTW we’re basically gonna get our asses kicked until Zelda unlocks her power and takes us to safety. All that work we’re gonna put into making this team only to watch it all fall apart. Mmmm, delicious angst.

I’m excited about the game because I wanna play through that team-building dynamic that was hinted at in BOTW. I want to meet the champions and actually get to know them and fight with them, more importantly, I want more of the world that I lost myself in back when I played BOTW.

It’ll be interesting to see it before the calamity, back when Zelda and her father were at odds over how to go about protecting Hyrule, back when Revali thought we sucked (okay … he never really stopped thinking this). I want to learn more about the Sheikah technology as it’s being developed, meet a warrior Impa and play AS Zelda.

What’s really interesting is the potential of unlockable characters and DLC. Considering the premise, it’s easy to assume who you’ll play as (Link, Zelda, the Champions, Impa) but that’s not a huge roster. Games like this tend to have more than 8 playable characters so who else are we gonna get? There’s not much to pull from with BOTW since that game takes place 100 years later. As much as I love Sidon, for instance, in Age of Calamity, he’d be a literal baby shark. And while the original Hyrule Warriors made Ganondorf a playable character, Calamity Ganon is an absolute beast, there’s no way we’d be able to play with him.

He’d take up the whole screen!

Of course, they could just pull from the ongoing Zelda library when it comes to unlockables, after all, I imagine by that point we’d just be doing a bunch of side missions outside of story mode. That might be a nice reprieve after what’ll most likely be an emotional story. It’ll at least keep me satisfied until Breath of the Wild 2 aka “what the heck did you two uncover beneath the castle?!”

Hyrule WarriorsNintendo SwitchThe Legend of Zelda: Breath of the Wild