We’re Getting Extremely Hyped for Raya and the Last Dragon

The Superbowl spot was just the beginning 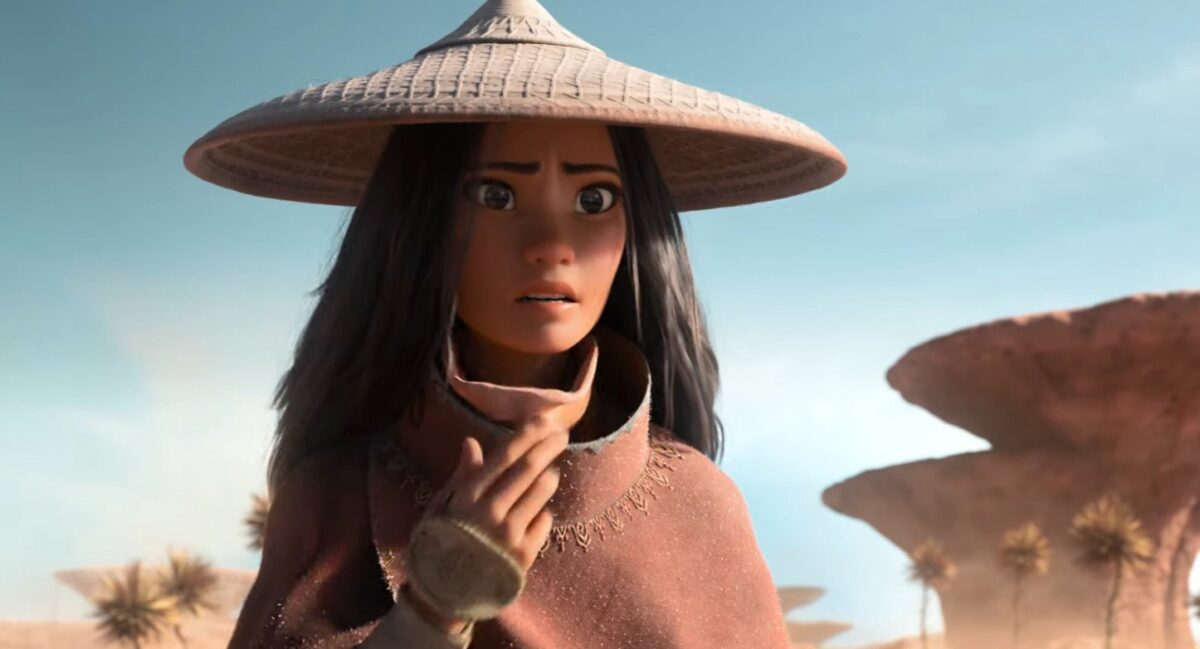 I hear there was some sort of sports game yesterday, which sounds nice for folks who are into that (but like, how? There’s still a pandemic?) but the big draw was, of course, the commercials and trailers for movies that will be hitting theaters (again, how?) and home screens very soon. And there’s none I’m more excited about than Disney’s Raya and the Last Dragon.

First, check out the “Big Game Ad” which is just a taste of the movie, but still looks awesome and funny and kickass.

And in case you missed it, here’s the big trailer that lays out the plot of the movie more clearly.

Raya will be Disney’s first Southeast Asian heroine, voiced by Kelly Marie Tran, but the entire film is influenced and inspired by Asia, and features an almost entirely Asian cast. (Alan Tudyk, who has appeared in every Disney movie since Wreck-it Ralph, will show up here too, as Raya’s armadillo-esque animal companion, Tuk Tuk. He’s described as part pill bug, part pug).

In case you missed it, here’s the plot:

Long ago, in the fantasy world of Kumandra, humans and dragons lived together in harmony. But when sinister monsters known as the Druun threatened the land, the dragons sacrificed themselves to save humanity. Now, 500 years later, those same monsters have returned and it’s up to a lone warrior, Raya, to track down the last dragon in order to finally stop the Druun for good. However, along her journey, she’ll learn that it’ll take more than dragon magic to save the world—it’s going to take trust as well.

Kumandra is fractured into five different kingdoms, which I think will be an interesting way to showcase different cultures and characters, some of which we meet in these trailers. The most memorable is thieving Toddler Noi (voiced by Thalia Tran). Also along on the journey with Raya will be a “street-savvy entrepreneur” named Boun (Izaac Wang) and a “formidable giant” named Tong (Benedict Wong). Daniel Dae Kim will voice Raya’s father, Chief Benja.

But the characters I’m most excited by are all women or at least voiced by women since I’m not sure how gender works for dragons. Awkwafina voices Sisu, the titular last dragon, and I’m so ready for it. I really like Awkwafina and love that she can do comedy, drama and pathos and her distinctive voice and energy are perfect for a character like an awkward dragon. You may notice that Sisu is a water dragon, which is much more in line with the dragons of Asia, in contrast to their fire-breathing European cousins.

I’m also really excited about Gemma Chan’s Namaari. She’s the one fighting Raya for the dragon who has that cool haircut, described as “a friend-turned-enemy who betrayed Raya’s trust when they were children.” And listen, I know this is Disney and it’s cool enough that we’re getting a Southeast Asian movie but … she and Raya either were or should be girlfriend, don’t you think? I like the fighting but I also think they should smooch because nothing’s better than friends to enemies to lovers, right? Start writing the fanfic now is all I’m saying. Namaari’s mother, the lady with the silver fox version of Namaari’s (very gay!) hair cut is named Virana by the way and will be voiced by Sandra Oh.

Everything I see and hear about this movie makes me excited, which is great because we’ll be able to see it in less than a month, in the safety of our nice cozy homes! Sounds perfect to me.

Animated FilmsDisneyRaya and the Last Dragon