Because sometimes, science is basically a Mad Lib. 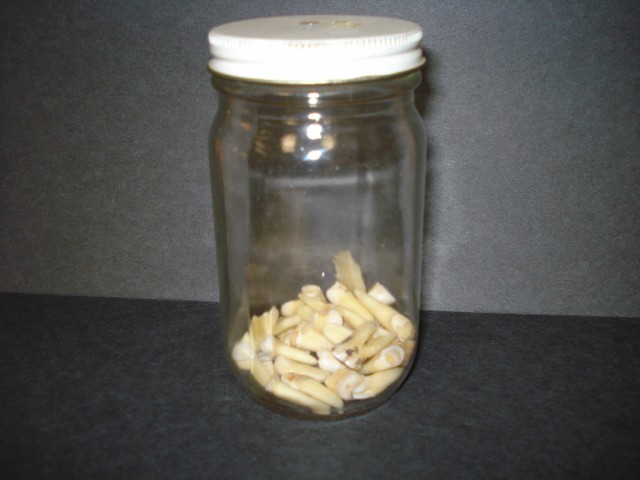 Researchers at the Chinese Academy of Sciences are reporting that using a mix of human stem cells and mouse connective tissue, they have successfully grown human teeth inside the kidney of a mouse. If it pans out, the research could have huge implications for dental and implantation technology. If not, it’s just another weird thing we can do to mice.

In a pre-press version of the paper, which is due to be published in the journal Cell Regeneration, head researcher Duanqing Pei said that the stem cells used in the experiment had been taken from urine because “it was the most convenient source.” After cooking in the kidney, the teeth — which are softer than normal teeth, a possible side effect of not being used while they’re growing — had human cell-based enamel on the outside, while the inside of the tooth consisted of mouse epithelial cells.

The team is hopeful that their technique could eventually result in fully human teeth that could be used for implantation, meaning that teeth that need to be replaced could be grown to order inside little furry incubators. Typically, no one seems to have asked mice how they feel about this whole situation, probably because it would make things awkward for everyone involved.

While growing teeth inside a mouse kidney is a pretty impressive feat, it won’t have much in the way of real world applications until the technique is able to shape the teeth — growing a molar rather than a canine, for example. That programming is still ill-understood and a long way off, so probably keep brushing your teeth for the foreseeable future.