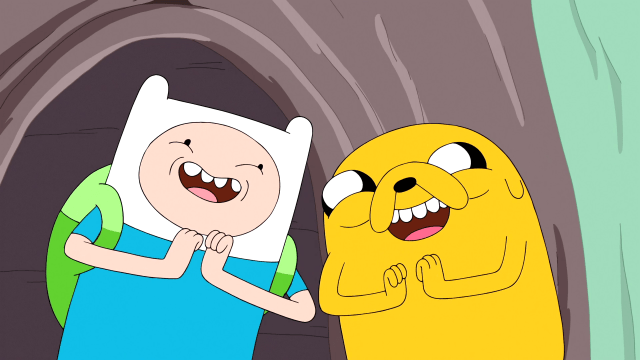 According to the mathematicians at University of Vermont, the moral arc of the linguistic universe bends towards positivity. But have they been on the Internet lately? Because I feel like it’s going to be a very, very long arc.

Using a pool of billions of words in sourced from books, lyrics, websites, subtitles from movies and TV shows, news publications, and even Twitter, a team of scientists identified the 10,000 most used words in ten different languages (English, Spanish, French, German, Brazilian Portuguese, Korean, simplified Chinese, Russian, Indonesian and Arabic), then paid native speakers to rate each of them using a nine point scale of happiness. If we look at the English language words, the word “the” was rated at a neutral 4.98, while “laughter” was rated 8.50, “food” 7.44 (come on, guys, food CLEARLY trumps laughter), “greed” 3.06, and “terrorist” near the bottom at 1.30.

But we’re not done yet! After obtaining scores for all of the frequently-used words, the scientists went back to the twenty-four sources they’d originally used to collate their words in the first place, and found that every single one of them skewed above average in terms of overall happiness. While this differed very slightly depending on which language was being used—Spanish was ranked the highest, followed by Brazilian Portugese, English, and Indonesian, while Chinese was ranked the lowest along with Korean, Russian and Arabic—overall, neutral words like “the” were always more or less scored towards the middle, and words that translated from one language to another were pretty consistent between languages.

This is not the first study to come to such a conclusion— psychologists from the University of Illinois first proposed the idea that humans are more likely to use positive words than negative ones back in 1969, under the “Polyanna Hypothesis.” However, this is the first time “Big Data” has been used to explore this idea, and the team behind the study hopes their work will continue to reveal even more about the nature of happiness in future projects..

Speaking of which, University of Vermont researchers have also developed a tool called the “Hedonmeter,” which can track in real time the “average happiness” of tweets in several languages. It can even organize the rate of happiness by location—apparently Boulder, Colorado is the happiest city in the U.S. Can’t imagine why.

(via The Register and ScienceDaily)