Virtual opponents that look like human beings may increase aggression in gamers, says a recent study. It's probably because that wasn't an orc that cut the grocery line in front of you before you sat down to play. 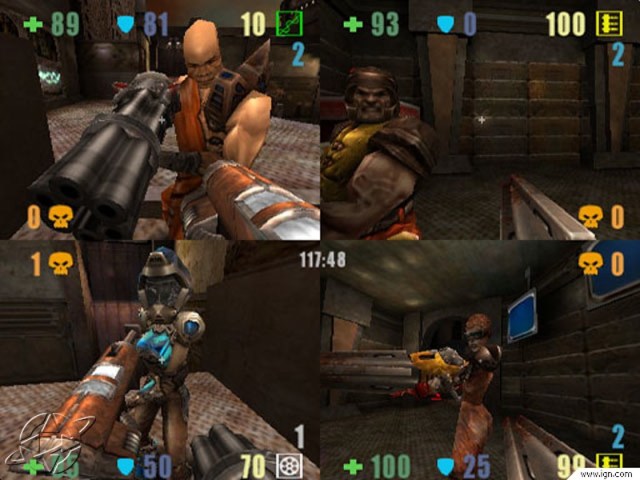 A study released this week finds that not all aggression associated with gaming is created equal. Reporting their findings in the latest issue of the journal Mass Communication and Society, researchers from the University of Connecticut found that games in which the villains are clearly human may make players more aggressive than those where the player is battling hordes of inhuman monsters.

For their study, researchers had 148 subjects participate in a few rousing rounds of Quake 3 Revolution before subjecting them to tests measuring their levels of physical and verbal aggression. The game was used because of the wide variety of human and distinctly non-human opponents players are faced with made it a good natural test for the study. Also, probably because they could pick up a copy for like two bucks. Contrary to their expectations, researchers found that players who faced human and humanoid opponents reacted more aggressively, using more violent words in their speech.

Speaking as a gamer, though, this makes sense to me. No matter how difficult a boss battle is, there’s something strange about calling a dragon or a robot a “sonnuvabitch.” That doesn’t mean I won’t do it — I will, and often, and I think we all know I’m not alone in that less than charming habit — but it always rings a little bit hollow. On the other hand, muttering “bastard” under my breath — or OK, fine, shouting it across the living room — at a sniper who just ended my kill streak? That feels right as rain.

Now, we should remember that “increased aggression” and “capacity for violence” are two very different things. It’s important to note, as researchers do, that there’s no evidence these increased levels of verbal aggression translate to acts of physical violence. But there is also an increasing body of data suggesting that one of our favorite ways to wind down may also serve to get us wound up. And as the debate over video games and violence continues — and its likely too, as silly as it often is — it’s irresponsible to not look at all the data, no matter what side of the argument you find yourself on.

(via University of Connecticut)