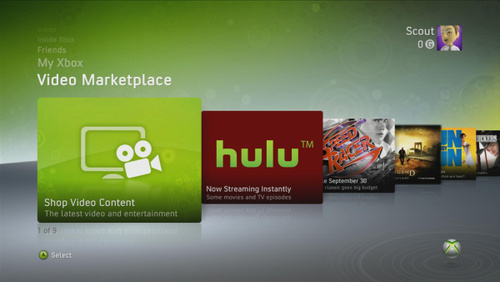 Finally, a service that will let you watch television on your television for once. The people over at GearLive “heard from a very reliable source (who has never been wrong before) that Microsoft is set to unveil Hulu as an Xbox Live service at E3 2010.” There will be some sort of subscription fee involved, but that’s really all we know, which leaves several important questions to be answered at E3. The prime two are what the cost will be and how much of Hulu‘s content will be available through the service.

There are already programs available that will let you stream video to your console from your computer. These can be somewhat laggy and don’t always let you use all the features of the sites you’re streaming (skipping to specific points in the media, for example). Placing the service on the console should hopefully streamline this. If there is a limit to content or a lack of features, however, the service will be underwhelming compared to the more roundabout software alternatives.