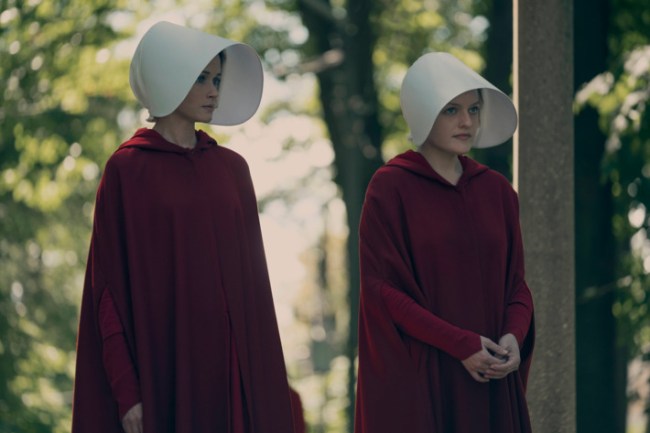 There was some wonderful news out of Hulu’s NewFronts presentation earlier today, namely that its most successful original series, The Handmaid’s Tale, has already been renewed for a second season.

According to The Hollywood Reporter, Hulu’s Head of Content, Craig Erwich said, “The response we’ve seen to The Handmaid’s Tale in just one week since its premiere has been absolutely incredible. It has been an honor to work with this talented team of cast and creators to develop a series that has struck such a chord with audiences across the country. As we continue to expand our strong slate of original programming, The Handmaid’s Tale is exactly the type of gripping and thought-provoking storytelling we want to bring to viewers. We can’t wait to explore the world of Gilead and continue Margaret’s vision with another season on Hulu.”

A large goal of Hulu’s is to, as THR puts it, “to break out from the arts and entertainment pages and into the culture pages,” which is something that a show like The Handmaid’s Tale definitely does, what with the constant thinkpieces on how sadly relevant it is. It makes sense, then, that Hulu would make sure to hold onto this as long as possible.

I was thrilled to hear this, in large part because we’ve already had one decidedly meh and sensationalist movie version of this story (the 1990 film starring Natasha Richardson as Offred), and so I wanted to see how the story can be told in a longer-running format.

I’m also excited that there will be a second season (and hopefully more!), this version seems to really be embracing all the possibilities in the world of Gilead in its already-existing deviations from the book.

More time for the series means more time to explore how Gilead handles race, for example. TV Line has a piece on the reason why the production decided to cast Samira Wiley (and other black actresses as background actors) as the handmaid Moira, when in Margaret Atwood’s original novel, Gilead was so all about white supremacy that they shipped all the people of color off to Midwest “homelands.”

Creator Brian Miller explained that he made this particular change, because the evangelical movement is more diverse now than it was when Atwood wrote the original novel, but also for the simple reason “that fertility trumped everything” in a world so ravaged by infertility. We see this in the show’s pilot when, in a flashback, a crazed, infertile woman tries to steal Offred’s black daughter from the hospital, claiming it as her own. She looked down and saw “her baby,” never mind that it was black. She just wanted a child. Any one would do.

That said, there’s no reason that racism (and a racist Republic of Gilead) can’t be explored in other ways on the show. For example, as of the current episodes, we know that Ofglen #1 (played by Alexis Bledel) was removed from his home (and subsequently underwent female circumcision after having to watch the woman she loved be hanged), not only for being a “gender traitor” (A.K.A. lesbian), which they likely already knew when she was placed, based on her former life, but for daring to have a secret relationship with a Martha in her Commander’s home. Now, Ofglen #2 is a black woman.

This being such a class and status-conscious society, with men being having “Econowives” if they’re low on the totem pole,  it’s possible that in this version of Gilead that some Commanders don’t get “the best” Handmaids; that lower-status Commanders get the Handmaids of color, or the “gender traitors.” They may explore that idea later this season, but if not, there’s now room to do so in a Season Two.

There’s also the element of feminism not being a monolith to explore. In the original novel, we get to know Offred’s mother, a staunch feminist before and after Gilead. In the book, we learn that she ended up in the Colonies, her fate uncertain. The other thing we know about is her relationship with her daughter, and how even though she tried to instill second-wave feminism in her daughter, Offred thought her radical and thought that women were already plenty equal.

She totally sounds like one of those women who claims she doesn’t “need feminism.”

Season Two would be a great time to explore the myriad ways in which women see themselves and their fight for equality before, during, and after Gilead.

There are so many layers in the original novel, and if Hulu is smart, they will continue to allow this show to grow season after season, allowing it to explore the complex nuances of a world gone mad.