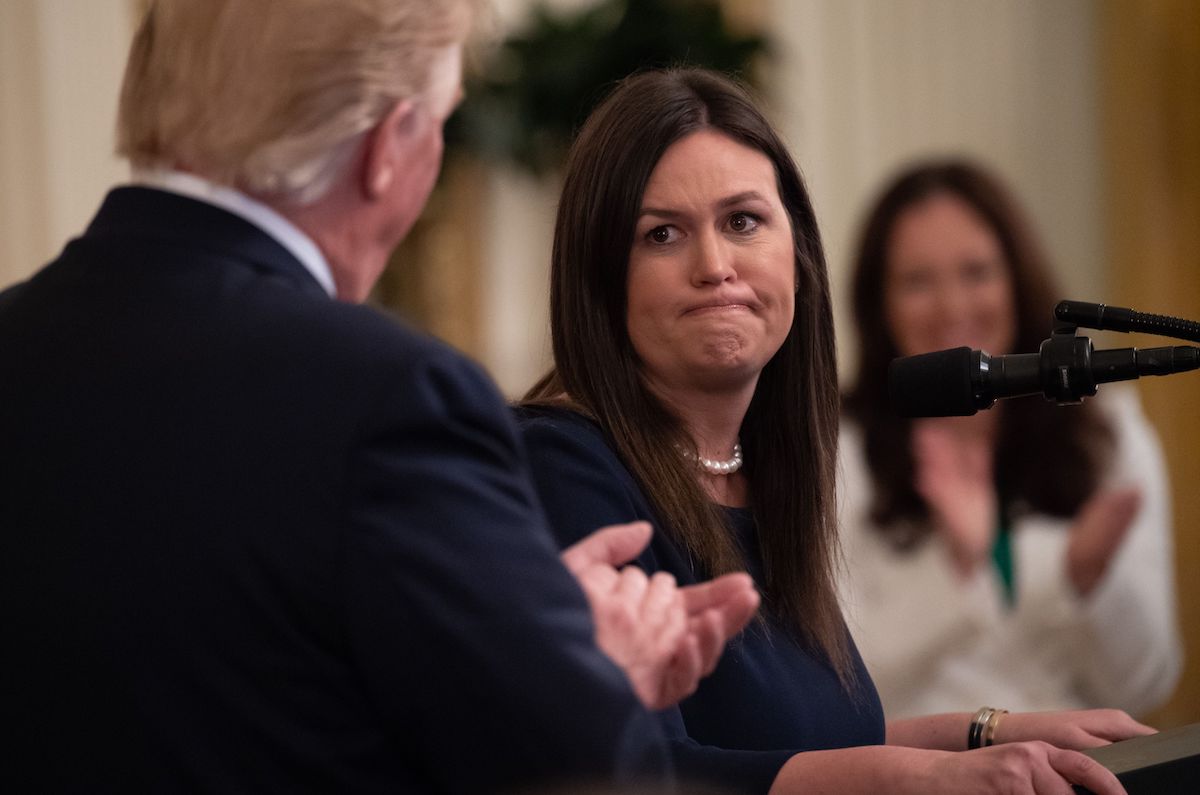 It’s been barely two months since Sarah Huckabee Sanders resigned as White House Press Secretary (although she stopped giving press briefings—aka doing her job—months before that) but she’s already landed a cushy new gig, and it’s the one everyone expected. Come September, Sanders will join the Fox News team as a contributor.

This makes sense because for most of her two-year tenure at the White House but especially towards the end, the only people she would really talk to were Fox News hosts. She treated reporters from other outlets as enemies and the mood in the briefing room was always contentious. At Fox, though, she could just plug her talking points without any pushback.

I sure wish these former Trump enablers weren’t able to find a job anywhere, but the Fox News transition at least makes sense. It’s much more worrisome when, say, Jeff Sessions’ spokesperson is brought on as CNN’s new politics editor or when Sean Spicer—the public face of Trump’s propaganda machine before Sanders—is able to join the cast of ABC’s Dancing With the Stars, as if anyone wants to see the man responsible for pushing Trump’s lies on their television butchering the merengue.

I can’t decide which is worse. In Sanders’ case (as with Sessions’ spokesperson), they’re using their White House experience to earn new positions in their field. (Sanders has expressed interest in running for Governor of Arkansas in 2022 and a Fox News position would allow her to keep her face on Republicans’ radars.) With Spicer’s move, he seems to be hoping that everyone can forget about his complicity in Trump’s evils and just see him as a fun clown and a nice guy.

It’s really gross to see so many people apparently open to letting him rebrand himself as harmless after serving 182 days as Trump’s mouthpiece.

A big part of Queer Eye is about bridging those cultural and political gaps but on the show, Karamo is all about having those tough conversations and making people own up to the harm they may have caused themselves and others. This “he’s a good guy” stuff is gaslighting, normalizing bullshit and so disappointing to see.

Permission?!!!!!! Haters?!!! Sean Spicer was the mouthpiece for a dictator putting people in cages I think hearing someone say he thinks he can talk an agent of fascism out of it is cause for outcry

Get a fucking grip. There is no friendship with people who enable fascism.

“Goebbels is actually really chill once you get to know him”