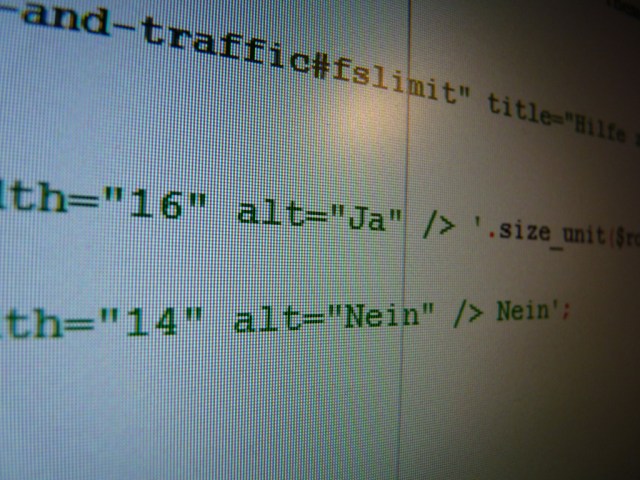 Words are weird, guys. Like, you take a bunch of symbols that have all been assigned random sounds and meanings, and then you put them together and everyone is just supposed to know what you’re talking about? So it’s no surprise that some people are behind when it comes to technology words, and a recent study revealed just that.

The study was conducted by  Vouchercloud.net, an online coupon service, as a way to determine how knowledgeable their userbase is when it comes to certain fairly common technology terms. They decided to  poll 2,392 American men and women over the age of 18 to see if they all knew what was up with the kids and/or nerds today. The results? Not a whole lot of people do know what’s going on, including 11% who thought that HTML was an STD. Bless their hearts.

And finally, about 77% didn’t know what SEO is. Which is fair, to be perfectly honest. I don’t think I would have known about “search engine optimization” two years ago. Blog writing is a weird gig.

If these responses feel way too witty for a person who doesn’t even know what an MP3 is in the first place, it should be noted that the surveys were multiple choice: respondents were presented with both tech and non-tech terms (the non-tech terms were the control) and given three definitions each to choose from. I want to meet the person whose job it was to come up with all these fake definitions. I also want to believe that it was Whoopi Goldberg in the center of the Hollywood Squares set, but it’s probably more likely that it was some Vouchercloud intern.

Surprisingly, these numbers aren’t as terrible as they could have been when you put them in perspective. Heck, 5% of men and 10% of women on OKCupid think the Earth is bigger than the Sun, and that’s a much bigger pool of respondents than the Vouchercloud survey has. If we’re going to change our education curriculum based on what vaguely non-scientific studies tell us about the average human’s depth of knowledge, we should probably focus on getting that number lower first before worrying about what people think of gigabytes and motherboards. Right?

Most strikingly, 61% of the people surveyed said that it’s important to have “a good knowledge of technology in this day and age.” Well, they’re not wrong. About that, I mean. They appear to be wrong about a lot of other stuff.