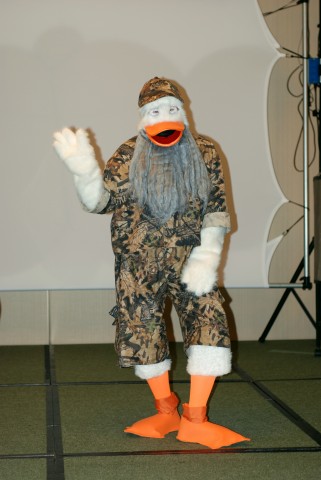 TMS contributor Eris Walsh shared this pic from New Orleans’ CONtraflow SciFi, which took place last weekend, and… look, I just had to share it with you. I’m impressed, don’t get me wrong–Eris says the cosplayer made this entire outfit by hand and that it won the costume contest, which I can totally see, because it’s well put together and incredibly creative. And also wordplay!

But… readers, I’m also a little disturbed. For Howard the Duck reasons. You get it.

You can read about the con as a whole at Eris’ blog She Geeks, but if you’re anything like me, Howard the Duck Dynasty is the thing that’s going to stay with you.

See an awesome bit o’ cosplay at your local con? Send a pic to [email protected] That includes New York Comic Con—we’ll be there (and how!), but we can’t see everything.