Is The Punisher Going to Get Trauma Right? 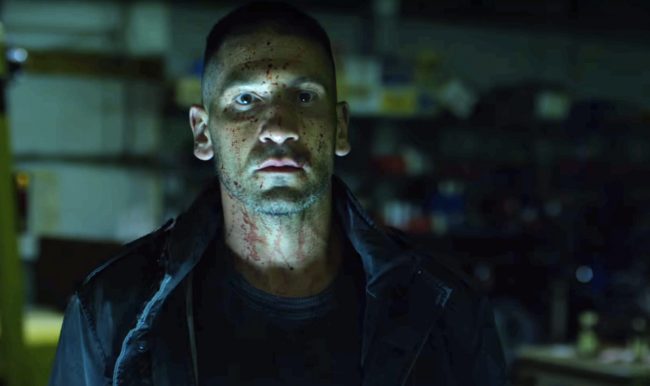 Marvel and Netflix’s The Punisher recently shared an Instagram story which showed the series’ protagonist, Frank Castle, in a shadowy, unnerving confrontation with his own past – a confrontation which suggests just how deeply a lifetime of violence, loss, and military service might have affected him.

May or may not have saved #ThePunisher ‘s most recent Insta story cause it’s so cool 👀 pic.twitter.com/DmCOCjbc5S

As io9‘s Julie Muncy poignantly summarized, this isn’t a shots-fired, blood-soaked promo. “It shows The Punisher not as an avenging warrior, or even a ‘badass’ killer,” Muncy wrote. “Just a confused man, traumatized, in need of help. Drawing a gun with no one to shoot.”

Honestly, I’d been excited about The Punisher as a way to capitalize on one of the things Daredevil so often got right: the visceral, dark, alleys-and-hallways fight scenes. I also loved that Karen Page, a character whom the series imbued with so much potential, will have an expanded role that should hopefully allow her to come into her own.

But I also expected it to lean a little heavily into the BAM-BAM, blood and violence elements of The Punisher as a character, and I wasn’t sure how the writers might handle his trauma when he became a series lead. The protagonist is often the character we’re meant to sympathize with, and without a cast of more moral superheroes to pit Frank Castle against, I worried that the series might lean into exactly the vision of an “anti-hero” which encourages the sort of fan who unironically uses the Punisher logo to support brutality from law enforcement.

This promo shows a different approach to trauma, one which emphasizes how brutalizing, lonely, and pointless the pursuit of vengeful violence can be. Frank seems lost and blank, shut-off. He doesn’t look purposeful, or even grimly satisfied. This imagery does seem to match up with Jon Bernthal’s description of Castle’s arc: a “journey of Frank becoming more and more human again and then shutting off and shutting off and going back to what works for him, and the place where he kind of belongs, and I think that’s a place of solitude and of darkness and destruction. It’s going to get into as dark and as brutal a place as you’ve ever seen in the Marvel world, I can promise you that.”

Bernthal also said that the central question of the series is “What do you do when that [mission]’s over? What do you find out about yourself when you realize there’s nothing left? What is his purpose?”

I’m still not sure how The Punisher will turn out; it may live up to my worst fears, or my best hopes. But I’m more and more intrigued.

(Via io9; image via Marvel Studios and Netflix)