How Will Disney+ Live-Action Beauty and the Beast Prequel Handle LeFou’s Queerness?

Or will we just get more crumbs? 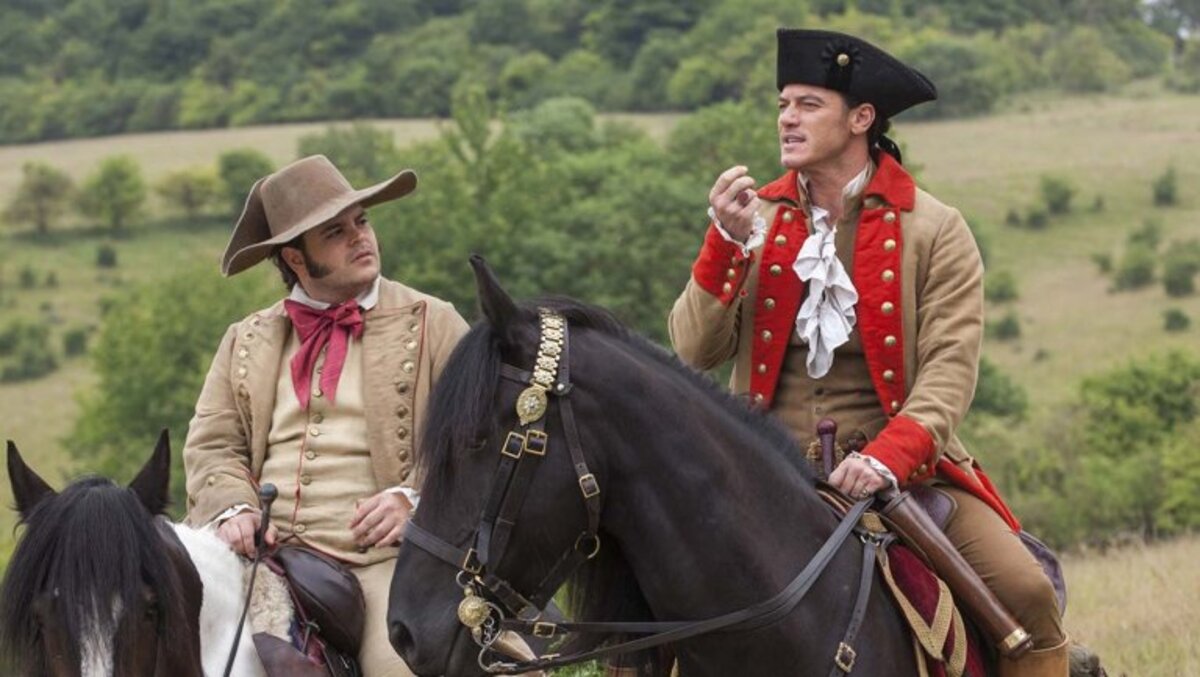 Initially, the announcement that Disney+ will produce a Beauty and the Beast prequel series built around, of all characters, LeFou and Gaston seem to fall squarely into the “but why?” category, right alongside that “Random White Prince from Aladdin” show. But maybe, just maybe there’s some hope here that we’re getting a series about Disney’s “first gay character.”

In the series, Luke Evans and Josh Gad will reprise their roles from the 2017 live-action Beauty and the Beast. It will be written but Once Upon a Time creators Eddy Kitsis and Adam Horowitz, and is described as a “six-episode musical” event, with songs from Alan Menken. Gad and Evans will also be on as producers.

Considering that Gad and Evans were the only actors who seemed to be having even a little bit of fun the otherwise dull and lifeless Beauty and the Beast, I can see why they’re the ones who got the call if Disney was casting about for series opportunities. Gad worked with Kitsis and Horowitz on a since shelved Muppets project as well, which helped lead to the creation of this show.

But what really interests, and worries me, is LeFou’s status as our sole explicitly queer character in the live-action Disney canon so far. (Correct me if I’m wrong since I haven’t seen The Lion King yet and I don’t know how Timon and Pumbaa played were played).

Sure, Disney’s first “exclusively gay moment” was easily edited out and even more easily dismissed. But it was still a confirmation that LeFou was a gay man and to me at least, he was certainly in love with Gaston for much of the movie. Just because he was only “exclusively gay” for one moment doesn’t mean he wasn’t gay for the rest of the movie.

I fully expect LeFou to be the real star and hero of this series. Gaston is a villain and we, the audience, know he’s going to meet a bad end. On top of that, Josh Gad is a living breathing Disney cartoon and he really is a pretty perfect choice to build a series around. So the idea that Disney is giving us a prequel about a gay character, LeFou, alongside Gaston, (with at least one queer man, Luke Evans, producing and staring) has potential … but it also has the potential to fail.

The most disappointing thing would be if LeFou is reduced to some sort of desireless stereotype: the “safe” gay whose queerness exists but is never seen or expressed. He could also spend the whole six episodes pining after Gaston and that would be just as bad. Disney+ has also rightly come under fire for pushing off content like the Love, Victor series for not being “family-friendly.” Will that cowardice when it comes to queer stories hamstring the show?

For now, despite everything, I’m hopeful, if cautiously so. Times are changing, so maybe this means Disney is changing too.