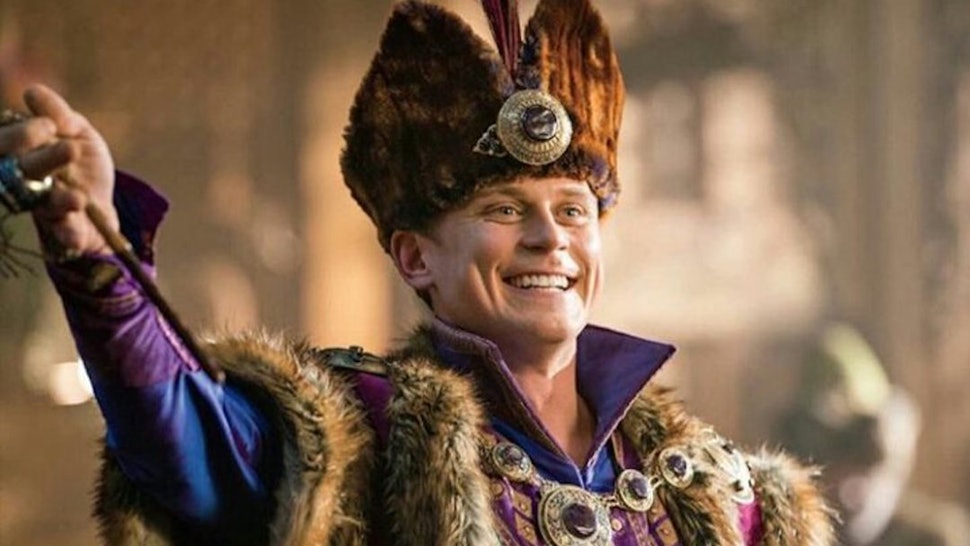 Think back to the live-action Aladdin, starring Mena Massoud and Will Smith. Think of the most memorable characters and moments of the film. Maybe even make a top ten. I will bet you money that the weird, pseudo-german antics of Billy Magnussen’s Prince Anders didn’t land on your list. They certainly didn’t land on mine because I had to be reminded of who Prince Anders was when I found out Disney+ is developing a spinoff film around him.

Dear god, of all the things why this? Why are we getting a spin-off of the one white character in a movie starring and about people of color, when the star of that movie isn’t getting any auditions. Apparently Billy Magnussen just walked into Disney with the idea and…they went with it. And of course, it’s being written by two white guys whose biggest credit is…a yet to be completed SpongeBob movie (Jordan Dunn and Michael Kvamme).

Congrats to Billy Magnussen (sincerely).
Shame on the industry in aggregate (sincerely). https://t.co/paPxdnvHNm

This is the first project of it’s kind – meaning the first feature spun off from a live-action Disney film and it’s infuriating that a company with so much power and resources as picked, of all the available characters, Boring White Prince Number Four.

This is especially disappointing because there have been a lot of moves to diversify Disney film and shows, so much so that this feels like a huge step backwards. Why can’t they continue the Aladdin story somehow and give us Mena and Naomi Scott in a Disney+ adaptation of Aladdin and The King of Thieves? Or they could follow fairies from Maleficent, or even try again with the flawed but at least diverse world of the weird Nutcracker film that was all about a black Nutcracker and a smart girl saving the day with STEM.

also like ……. I love Billy in Charming Idiot mode and still if you had asked me 20 min ago if he was in Aladdin, a movie I have seen and reviewed, I would have said no

I assume that this is in part a matter of cost and availability, but it’s also another example of white guys failing up and how astronomically hard it is for non-straight, white, cis males to get their stories told while these guys get pointless spinoff just handed to them.

No one is asking for this. What people are asking for are: queer characters, characters of color and different abilities, more strong women and unique tales. Hell, I’d take a Timon and Pumbaa series over this if we’re handing out shows to white guys in diverse movies.

I know I’m not the only one who sighed in horror at this news, not because we think this show will be bad, but because it represents something so pervasive and exhausting that Hollywood just can’t shake: the white guy always gets the happy ending, even when the story isn’t about him.

(Via: The Hollywood Reporter, image: Disney)