There's still hope! At least there is for Apple users. 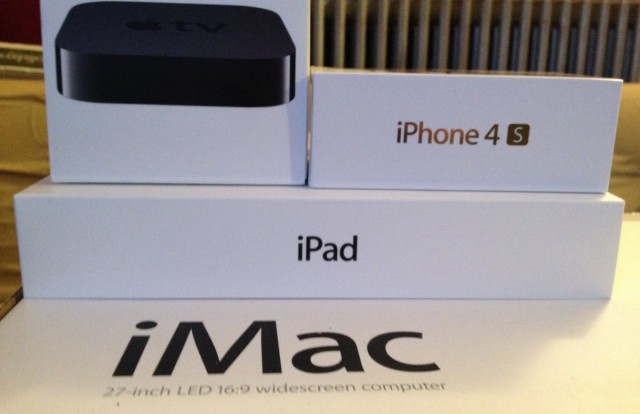 If it’s within our power to embed the live stream of Apple’s “big” iPhone 5S/5C announcement today we’ll absolutely do that because we love you, and we know you love Apple announcements. If that’s not possible, we’ve still got your back. Here’s how to watch it even if we can’t embed it for you! UPDATE: These don’t appear to be working.

Update: The event is now over, and we’ve got a recap of what we learned about the iPhone 5S and 5C right here.

Update: Unfortunately, it looks like Apple isn’t even streaming in their own ecosystem. We’ve embedded CNET’s great coverage right here for you.

You’ll need some form of an Apple device to for sure watch the feed. Here’s what you can expect to use to watch:

This is my favorite option since it will actually put the feed on my television instead of in a window on a computer or on a phone screen. You’ll need the second or third generation version, and you should see a channel for the event on your home screen.

I have a third-gen Apple TV, and I’m looking at my home screen right now and not seeing a channel for it, but it’s still two hours away. I’m hoping it will appear by then. Otherwise…

2. Watch on Your Mac

If you have a Mac with a Safari and OS X 10.6 or later you should be able to stream it right from the browser. If you don’t have a Mac…

3. Watch on Your iPhone/iPad/iPod

As long as your device is running iOS 4.2 or later you should be able to stream the event from the Safari browser. If you don’t have an iOS device…

…well then you’re probably not that concerned about the event. Don’t worry. We’ll recap it for you, or you can follow us live tweeting it.

We’ll do our best to bring you the stream right here, but that’s really up to Apple. They traditionally don’t stream their events outside of their own ecosystem, but their developer conference keynote in June was streamed, so it could go either way for today’s event.