The rumors were true! (Some of them anyway)

We’re as bummed as you are that we couldn’t actually stream the Apple iPhone event today, but we followed along with the coverage and we’ve got a lot of stuff to share with you.

“A few of you might have seen some shots on the web. And that’s cool, because everyone is really excited about this.” 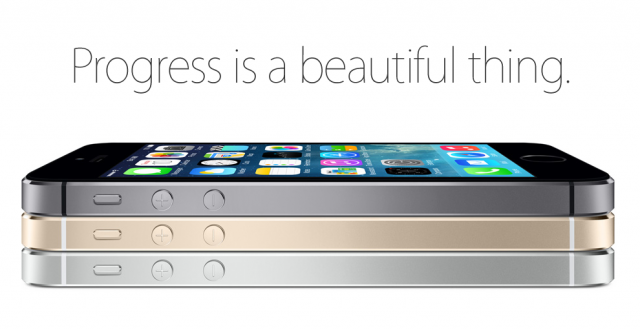 “The most forward thinking phone anyone has ever made.”

“The third feature is all about security.”

Finally, the show ended with a surprise performance from Elvis Costello, who played a few song from his upcoming record, (“See, I’ve got product announcements, too!”) Wise Up Ghost. A joint production with The Roots (!!!), the album will be released on September 17th.

Obviously a lot of this is stuff we already knew to expect — the fingerprint sensor, the cheaper colored option, etc. But the newer camera looks pretty amazing and the graphics certainly seem impressive. Already there are some critics who say that the 5C isn’t as low-cost an option as they were expecting, and some are concerned about the way the fingerprint sensor will work, but personally I’m pretty excited for these new developments. You know, mostly because i have an old-as-balls 4 with a cracked screen and I would really enjoy getting having Siri to talk to me finally.

What do you guys think? Let us know in the comments below.