How Long Can Facebook Refuse to Take Action on Trump’s Threats? 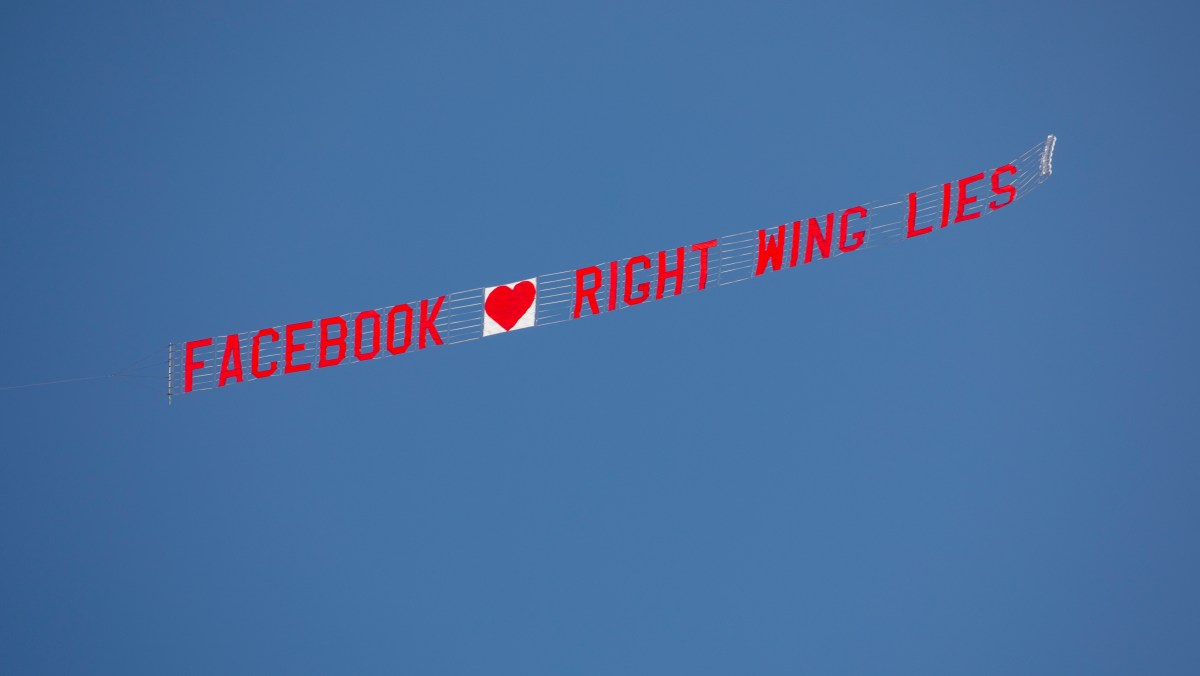 After many years of virulent race-baiting, thinly veiled death threats, and more lies than we can even count, Twitter is finally holding Donald Trump accountable. In the barest acknowledgment of Trump’s toxicity, Twitter has fact-checked his tweets about mail-in voting and they have flagged his tweets about the Minnesota protests for inciting violence.

It’s small potatoes of course, but this is something of a cultural shift for the social media giant to finally hold the president to its own code of conduct. And while Twitter left the tweet up, it was enough to make Trump completely melt down and issue an executive order against online censorship.

But as Twitter makes baby steps towards holding politicians accountable, Facebook CEO Mark Zuckerberg is doubling down. Last week, the Zuck appeared on Fox News in an interview with Dana Perino, where he said “We have a different policy than Twitter on this, … I just believe strongly that Facebook shouldn’t be the arbiter of truth of everything that people say online, … I think in general, private companies probably shouldn’t be — especially these platform companies — shouldn’t be in the position of doing that.”

And while Zuckerberg said before congress that politicians would not be aloud to make threats of violence on his platform, Facebook did nothing in response to Trump’s threats that the “looting” in Minneapolis would lead to “shooting.”

"If anyone, including a politician, is saying things that can cause, that is calling for violence or could risk imminent physical harm…. we will take that content down."

“I’ve been struggling with how to respond to the President’s tweets and posts all day. Personally, I have a visceral negative reaction to this kind of divisive and inflammatory rhetoric. This moment calls for unity and calmness, and we need empathy for the people and communities who are hurting. We need to come together as a country to pursue justice and break this cycle.

But I’m responsible for reacting not just in my personal capacity but as the leader of an institution committed to free expression. I know many people are upset that we’ve left the President’s posts up, but our position is that we should enable as much expression as possible unless it will cause imminent risk of specific harms or dangers spelled out in clear policies.

We looked very closely at the post that discussed the protests in Minnesota to evaluate whether it violated our policies. Although the post had a troubling historical reference, we decided to leave it up because the National Guard references meant we read it as a warning about state action, and we think people need to know if the government is planning to deploy force.”

Zuckerberg continued, “Unlike Twitter, we do not have a policy of putting a warning in front of posts that may incite violence because we believe that if a post incites violence, it should be removed regardless of whether it is newsworthy, even if it comes from a politician. We have been in touch with the White House today to explain these policies as well.”

The post is a long-winded way of saying that while Zuckerberg feels bad, he will not be doing anything to hold the president accountable. It’s an abdication of responsibility that eerily mirrors Trump’s own. And the similarities don’t stop there. Both Zuckerberg and Trump profit off of division, whip up and court hateful rhetoric, and willfully share disinformation to their respective audiences.

Zuckerberg has made it quite clear that in the culture war, he is firmly on Team Trump. Whether or not Facebook users will hold him accountable remains to be seen.

Delete your Facebook accounts. Do it now. Commerce is the only language Zuckerberg speaks. Everyone delete them. You can learn about your old high school boyfriend's failed marriage some other way.