How Hollywood Fakes Locations: A Map 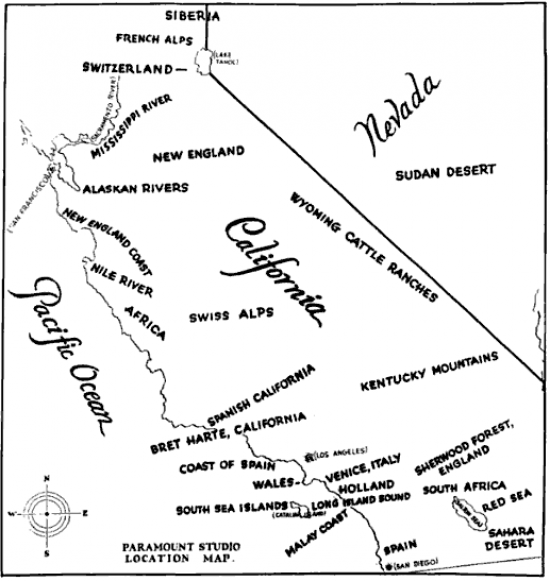 It’s no great revelation that a lot of exotic scenes in Hollywood movies aren’t actually shot on location, but this fascinating map, produced by Paramount Studios in 1927 to reassure film financiers that they were capable of doing things on the cheap, shows just how California-centric the film industry can be. They even shot New England scenes in NorCal!

It’d be interesting to see just how much things have changed in an era of cheap commercial air travel for the masses, but given the convenience factor of being near one’s studio and its resources, I suspect the answer is ‘not as much as you’d think.’

The map in its original, printed form: (via TinEye) 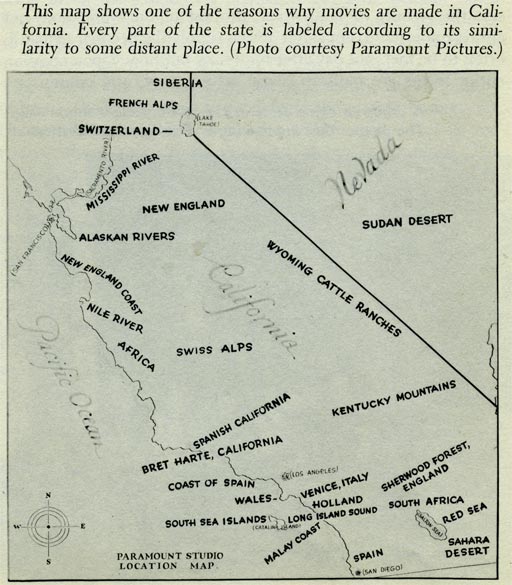 (A Whole Lotta Nothing via FlowingData)