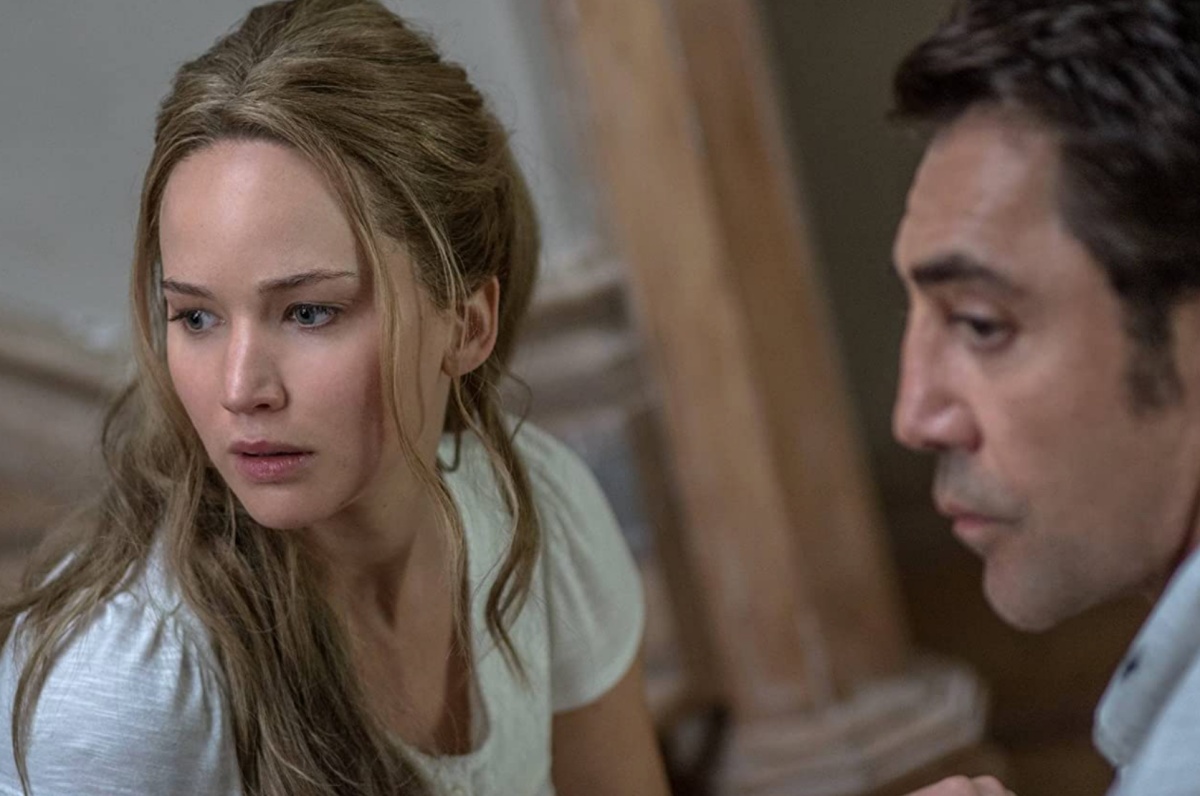 I remember exactly where I was when I first watched Darren Aronofsky’s 2017 mother!, starring Oscar-winner Jennifer Lawrence (Aronofsky’s then-girlfriend) and actor Javier Bardem. The film was liked by critics well enough but got an infamous “F” rating from audiences.

Back in 2017, I would have absolutely been one of those audience members who saw it as a solid “F.” The movie had been advertised as a horror film, and I came in expecting something like that. Yet as I watched Jennifer Lawrence’s Mother be absolutely tormented by Michelle Pfeiffer, the Gleeson brothers, and Stevie from Schitt’s Creek, I found myself asking, “What the hell is this?” By the time it came to the murder and eating of the baby, I turned to my neighbor at NYC’s Nighthawk cinema and asked, “What the fuck is this?”

She was equally confused.

Now, in quarantine, I have a lot of time to listen to movie podcasts and then rewatch all of the movies. So, after listening to an episode of “This Had Oscar Buzz” on mother! I decided to give it a rewatch (along with Mother by Bong Joon-ho—a true Mother’s Day special).

The biggest difference is that since this movie has come out, Aronofsky could not stop explaining that it was an allegory for climate change via a retelling of the Bible. Knowing that, I actually had fun watching it again, with my friend, pointing out when every Biblical story was beginning and ending. Sadly, it only really touches on the big heavy-hitter moments from the Old Testament, so no blowing a ram’s horn to make the walls of Jericho crumble—unless that’s the sink scene … I’ll get back to you.

Having all of this information doesn’t make the movie “good,” but it does make it more interesting. Unlike a lot of films where not knowing is part of the fun, mother! is a film that is asking audiences to do a lot. The gaslighting scenes are intense and specifically framed around a woman being ignored, à la Rosemary’s Baby, but then other scenes are just so comically over the top that it yanks you out of one mindset into another. The entire last part of the film is quite frankly a farce.

What works about mother! is Lawrence’s performance, along with Michelle Pfeiffer, who creates an environment that is so toxic I have to cackle. But Lawrence sells the slow mutilation of her hopes, her dreams, via the house—and, later on, the baby. The reason why the sink scene stays in my head so much clearer than anything else (so much so I thought it was during the climax of the film) is just the frustration of telling someone something and having them ignore you, destroy everything, and leaving you to pick up the pieces.

I don’t love mother!, or even like it, for that matter, but rewatching it was a lot more interesting when I knew what I was expecting: The Feminine Mystique x The Bible fanfiction with a dash a climate change.