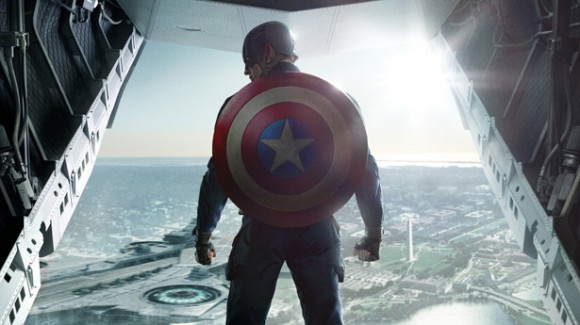 Captain America’s shield is famous for absorbing tremendous amounts of kinetic energy, from an artillery shell to a punch from the Hulk – keeping Cap not only safe, but on his feet.  What’s going on here?

“However, from a scientific perspective, it’s important to remember that we’re talking about the first law of thermodynamics,” says Suveen Mathaudhu, a program manager in the materials science division of the U.S. Army Research Office, adjunct materials science professor at NC State University and hardcore comics fan. “Energy is conserved. It doesn’t disappear, it just changes form.

“When enormous energy, such as a blow from Thor’s hammer, strikes Cap’s shield, that energy needs to go somewhere.”

Normally, that energy would need to be either stored or converted into heat or sound. But comic-book readers and moviegoers know that Cap’s shield usually doesn’t give off waves of heat or roaring shrieks (that shockwave from Thor’s hammer in The Avengers film notwithstanding).

“That absence of heat and sound means that the energy has to be absorbed somehow; the atomic bonds in the shield – which is made of vibranium – must be able to store that energy in some form,” Mathaudhu says.

For example, in the comics, no less an authority than Molecule Man insinuates that something about the shield’s molecular structure is “weirdest of them all.” Based on his observations, Mathaudhu notes that the shield essentially acts as a battery. (After all, the elemental power source Tony Stark “discovers” in Iron Man 2 is also vibranium.)

This means that Cap’s shield is a supercapacitor (perhaps vibranium atoms assemble akin to graphene?), able to function as a hybrid of a battery and a capacitor.

But how does the shield release all that stored energy that it has saved up?

“If the energy is being stored in the bonds between the shield’s atoms, that could explain the variability in the shield’s physical characteristics,” Mathaudhu says.

For example, maybe its supercapacitor-like nature explains where the shield gets the energy it needs to ricochet off of multiple surfaces before returning to Cap’s hand (as it does so often in the comics) – or how the shield is able to unleash enough force in one blow to cut into the Winter Soldier’s super-strong bionic arm (as seen in the most recent Captain American movie).

Part of it is Cap’s strength, of course, but the shield itself appears to be playing a role.

Could tiny little atoms really contain that kind of energy? It’s important to remember just how much energy is contained in atomic bonds: both the atomic bomb and conventional nuclear energy facilities are powered by the splitting of atoms. [Note: Commenter St. Chris caught a mistake here – I conflated atomic bonds with nuclear bonds. Very different. His comment is here.]

And we’re all familiar with real-world examples of technology that converts kinetic energy into stored energy, like the flywheel and generator tech that uses the friction from stepping on the brakes in a Prius to charge the car’s batteries.

As is so often the case in comics, there’s a kernel of scientific truth here – Cap’s shield just takes it one step further.

This article originally appeared on NC State University’s The Abstract under the name Why Captain America’s Shield Is Basically a Star-Spangled Supercapacitor and is reposted with permission.

Also on The Abstract