How Are Corporations Treating LGBT Employees in 2015? 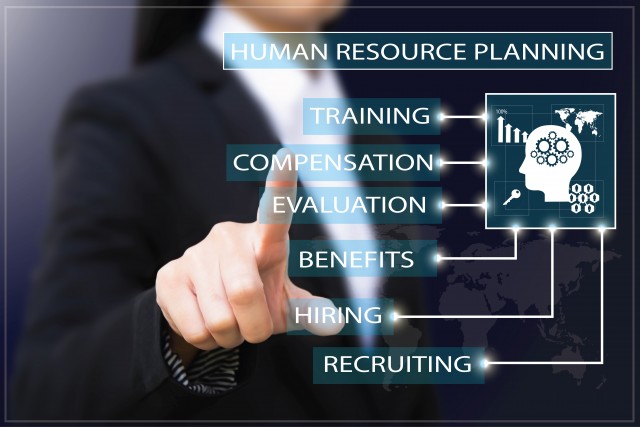 HRC have released their 2015 Corporate Equality Index. This annual study shows which are the best U.S. firms to work for if you are LGBT, you can find it here. HRC has had something of a questionable relationship with transgender people over the years, but this annual research has been conducted since 2002, providing a treasure trove of data for how corporate America has changed its attitude towards LGBT staff; I’m going to look in particular detail about how the that relationship is evolving for transgender employees.

In 2015, HRC says they have made their compliance standards tougher for the 781 included businesses, yet this year, there is a record high number of businesses achieving the top score of 100—a whopping 366 in 2015, compared to just 13 back in 2002. The closer a business is to a score of 100, the better their support is for LGBT employees.

Transgender employees are still the most unprotected of all LGBT employees. We have the least employment protection, pay, a lack of help and guidance through workplace transition, and the least health care. Trans employees have been sadly left behind in the rush for gay marriage rights, but have things been improving for transgender employees at all? The short answer is yes, but the figures show transgender rights are about a decade behind those of LGB individuals.

The top twenty firms on the Fortune 500 list are fairly progressive, with a few notable exceptions from the energy sectors. With a fascinating score of -25, it seems LGBT people should avoid Exxon whenever possible. 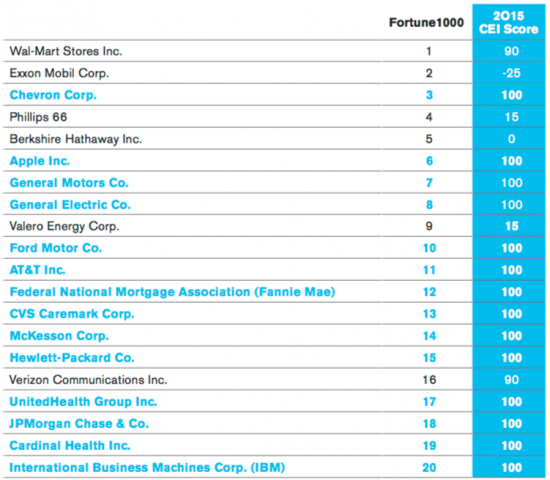 In the Fortune 500, only 34% of firms include transgender inclusive medical benefits. These benefits include short-term leave, counseling, HRT, medical visits, and surgical procedures; HRC found that including these benefits has a “negligible cost to the employer’s overall health insurance plans,” which makes me wonder why it has not been more included. The uptake, though, is increasing as awareness grows.

When I transitioned at work, I found that my employer had no support mechanisms in place, no guidance or assistance. It was left to me to plan and execute my coming out any way I wanted. This isn’t a good idea, as some people will do it far better than others, and when you’re stressed about coming out, you might not be thinking very clearly. So, guidance could be really useful, but only 37% of the 781 rated businesses have transition guidance available for employees. The good news, though, is that figure is increasing rapidly, with the number of employers helping staff transition increasing over 200% since 2008.

The statistics about transgender employees are pretty grim reading; I was terrified, and I put off coming out at work longer than any other aspect of my transition. Things are clearly improving, but employers still have a long way to go in hiring, appropriately paying, and supporting transgender employees. Some employers are much better than others, and thanks to Business Insider, here’s a list of the best places to work if you are a transgender employee in the US: 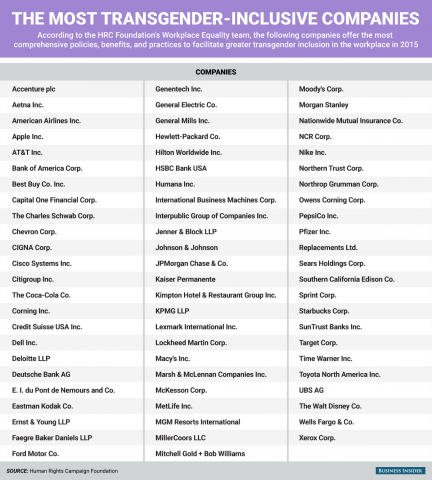 The companies still not providing transgender health care, protections or support need to do so or be at a disadvantage. Deena Fidas, head of HRC’s Workplace Equality Program, told Business Insider,

Employers that take meaningful steps to facilitate greater transgender inclusion in their workplaces, from non-discrimination protections to inclusive benefits, are not just doing the right thing for workers, but they are strategically setting themselves apart from other companies competing for talent and innovation.

Employers are treating transgender employees better than ever before, and that’s the great news from the 2015 HRC Corporate Equality Index. The bad news is we still have a really long way to go yet before we reach equality with everyone else.