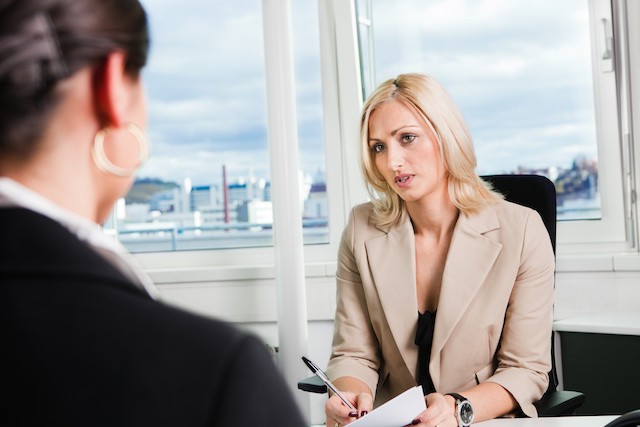 I’ve been hiding the fact I’m transgender from my workplace for years now, because I’m absolutely terrified of coming out where I work. Telling my parents was much easier than this! I think it’s a mixture of things that has been stopping me, and some of them make no sense even to me. For example: fear of losing respect, of being the focus and attention of colleagues and strangers, and (the biggie) a fear of losing my job. Of course, really only the latter one matters, but when you have anxiety like I do, you lose your grip on whether something is small in scale or huge.

I started coming out at work about a year ago, telling my closest work friends and my bosses. Now, it’s time for the final steps, and I’m not sure that my friends have been helping me in the right way. I keep getting told that, because I’m in the process of coming out at work, my job will somehow be safer than it was before. “They can’t fire you now; you’re really protected!” This would be great if it were true, but it isn’t. It’s a form of privileged, if not bigoted, unconscious thinking that plays into “Oh, those minorities. They get protections that I don’t have.”

The reality is that minorities aren’t more protected in the job market at all. If anything, the reverse is true, although usually prejudice is not overt. I’m not sure why my otherwise well-educated friends believe the fallacy of protectionism and feel the need to tell me about it, but it’s happened often enough now that it’s worth writing about, specifically from my perspective of coming out as a transgender employee in a country without transgender employment protections.

In large businesses, layoffs can happen en masse, and hundreds of staffers are fired—I mean downsized in biz-speak—at a time. Minorities are likely to be high on the list of the first to go, which somehow seems to happen either conscious or unconsciously. These could be trans, PoC or disabled people—who knows? If you’re a white hetrosexual neuro-typical man, let’s face it; you’re at the bottom of the firing list. If minorities complain about getting fired, the employer is never going to say, “Oh you’re transgender? I didn’t realize. Don’t sue us; here, have your job back.” That’s not going to happen. They’ll respond with, “And so what? We just fired hundreds of people, so clearly it’s nothing against you. Prove otherwise.”

Businesses don’t even need to fire staff they don’t like, they take actions that will force the unwanted employee to quit of their own volition. Employers can do this by sidelining an employee, placing them somewhere they don’t want to be, or giving them drudge-work that they are highly over-qualified to do. They can also move employees under a boss or manager that they know will give them trouble and make them feel uncomfortable without crossing the line into actionable abuse.

Ninety percent of voters used to believe that, in the USA, an employee can’t be fired just because they’re transgender (1). They were wrong until 2012, when the Transgender Law Center brought to court Macy v. Holder, a Federal and Equal Employment and Opportunity Commision case. The resulting verdict found that gender identity was judged to fall under Federal Title VII, the Civil Rights Act of 1964 (2). The problem, though, is that this remains untested by the Supreme Court, and until it—or a trans-friendly EDNA—passes, transgender Americans have to rely on State legislation, and only sixteen states and DC have explicit transgender protection in place (3, 4). This leaves many US transgender workers still vulnerable to be fired for just for being trans.

It’s a similar situation here in Canada, where transgender people are not explicitly included in the Federal Human Rights code. Some lawyers say that we are, some that we’re not, and like the US, the law is untested in the Supreme Court. Right now, it’s up to the Provinces and Territories to provide specific protection laws. So far, only Ontario, Manitoba, Northwest Territories, Nova Scotia and Newfoundland have done so. I live in British Columbia, and as yet, it has no protections at the provincial level—that’s worrying to say the least.

The statistics show that we desperately need laws protecting transgender employees from abuse, a mind-blowing 90% of transgender workers will suffer abuse at work (1). I’m out to my work bosses, and I’ve already had unconscious micro-aggressions against me; I’m more sidelined in meetings, more frequently spoken over, and somehow thought to be less capable than I was before. This isn’t my normal fight with anxiety skewing my perceptions; this effect has been shown by studies to be what happens (5).

This particular change isn’t just because the employee is transgender, it’s because of how gender is perceived within the workplace. After trans women have transitioned, we are somehow seen as less able, skillful, or worth listening to. In the eyes of our employers and colleagues, our personality shifts from the being seen as assertive, take-charge leadership material and becomes seen as aggressive, bossy, and nagging, whereas in reality, our personality hasn’t changed at all.

Due to gender stereotyping, women are thought of as less useful in work, and although many studies came to the conclusion that it was male sexism to blame, it wasn’t until transgender people started to transition and document the changes that studies had scientific proof (5). Despite all evidence to the contrary, trans exclusionary radical feminists (TERFs) love telling trans women how we’re still “really men” and still have “male privilege” while at the same time, we suffer work discrimination because we’re women; it’s just another twist of TERF logic that baffles me.

Some of this holds true for trans men too, of course, but it’s slightly different. One problem is there are less studies done into what happens when trans men transition on the job, because as we know, they are invisible. I asked via Twitter for more information on this topic, and according to white trans men, they’re generally treated the opposite of trans women: people listen to them, and their opinions are worth more. Well, kind of, with two giant exceptions: it holds true unless they are black or they are in a work role that is predominantly with women.

I know one trans male writer who works for a website that has almost all women on staff, and since they transitioned, they’ve really struggled. They have been sidelined at work and faced discrimination from the top level down. Race also radically changes the sometimes positive workplace effect for trans men. In the employer’s view, transitioning black trans men go from being seen as a “loud black woman” to being a “scary black man”(5), and this makes advancement or even continued employment much more difficult.

Almost half of trans people said that coming out at work harmed their career; over a quarter were fired just for coming out as transgender (1). In Canada, 39% of people have been turned down by an employer just because they are transgender (6). If you’re a PoC and transgender, the negative impact is two to three times more likely to happen to you, and if it does, the negative effects are much worse. Just over one in ten white trans people are unemployed. For trans PoC, that jumps to almost one in three (7). In many ways, it’s easier for people to leave one employer as their birth gender and start fresh with a new employer as their correct gender.

It’s easy to see why people feel the need to need to do this when even basic transgender rights still need to be fought for. 14% of trans employees that stay in the same job are denied access to correctly gendered bathroom facilities (1). These problems explain why 57% of transgender people delay transition due to their work situation (1), and 71% of transgender people hide their transition from their current employer (1). Due to discrimination, only 58% of those fired for being transgender went on to find another job (1). Without employment protection, transgender employees are subject to the whims of cisgender employers that are either woefully uneducated on transgender topics, or they are bigots.

For those transgender people who are employed, they are four times more likely than cisgender people to earn under $10,000 and four times more likely to be made homeless (1). The low wages and lack of opportunity mean 16% of transgender people get employment in the hidden-economy (1) and 41% attempt suicide (1). Even for those of us in full time traditional employment, the majority of transgender treatments are not covered by an employer’s healthcare plan, and we have to pay for our own healthcare. This can be true in the UK, Canada, the USA and many other countries.

All of these negative outcomes, though, are at odds with what trans people think of their post-transition performance at work. A huge 78% of transgender people said they were happier at work and that their work improved in quality after they transitioned (1). You’d think with that kind of improvement, that employers would be more supportive of trans employees. I can really understand this one; no matter how scared I am by the possible outcomes, I want to be me. When I stop playing a role at work, no doubt I’m going to be happier and able to concentrate more on my job.

In the end, I’m not more protected in work just because I’m transgender. Odds are that I’m likely to hurt my career and be discriminated against by coming out at work. People need to stop thinking that just because you are a part of some minority somehow this makes you more protected, when all the statistics show that you’re not. In the case of trans people, this is a fallacy that damages the progress of transgender rights. Although I’ve already told some of the high level staff, in three days, I come out to everyone as transgender at work.

I am utterly and completely terrified by the prospect, but I can’t continue to be one person in work and another in the rest of my life; the difference has been tearing me apart. I have to be me. I don’t know what’s going to happen, but I need to do it for my own well-being and mental health.